Manchester United fell to their fourth defeat in five Premier League matches as Watford claimed a stunning 4-1 win at Vicarage Road to pile the pressure on Ole Gunnar Solskjaer.

After David de Gea saved Ismaila Sarr’s retaken penalty early on, Watford took the lead in the 28th minute when Josh King steered in a cut-back, before Sarr made amends for his earlier miss when he fired past De Gea shortly before half time.

Half-time substitute Donny van de Beek pulled one back after the restart when he nodded in from close range, but United’s hopes of a comeback were hit when Harry Maguire was sent off for a second yellow card.

Joao Pedro and Emmanuel Dennis added late goals in stoppage time to wrap up a remarkable victory for Claudio Ranieri’s side, on what was another miserable afternoon for Solskjaer.

Here are five things we learned: 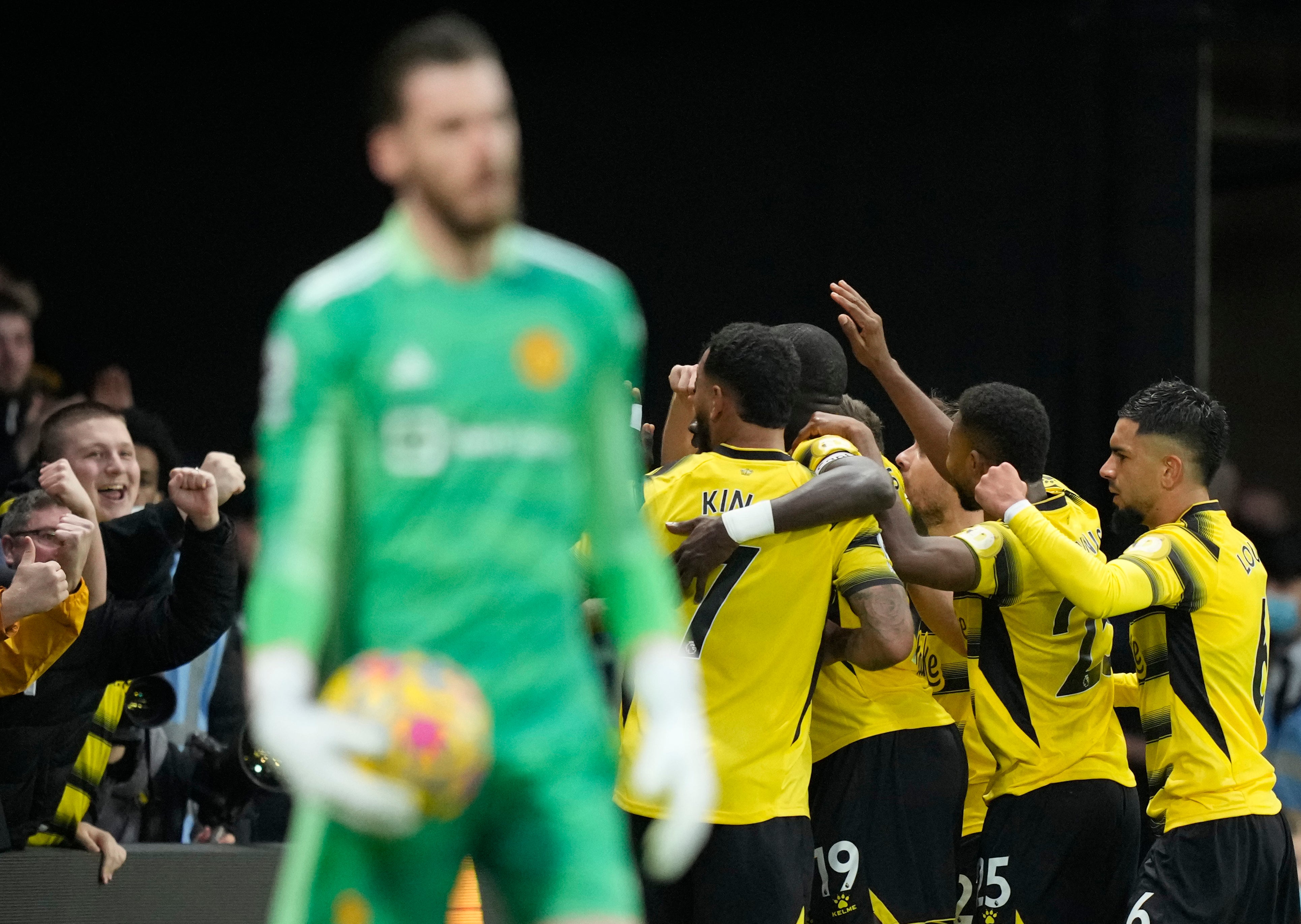 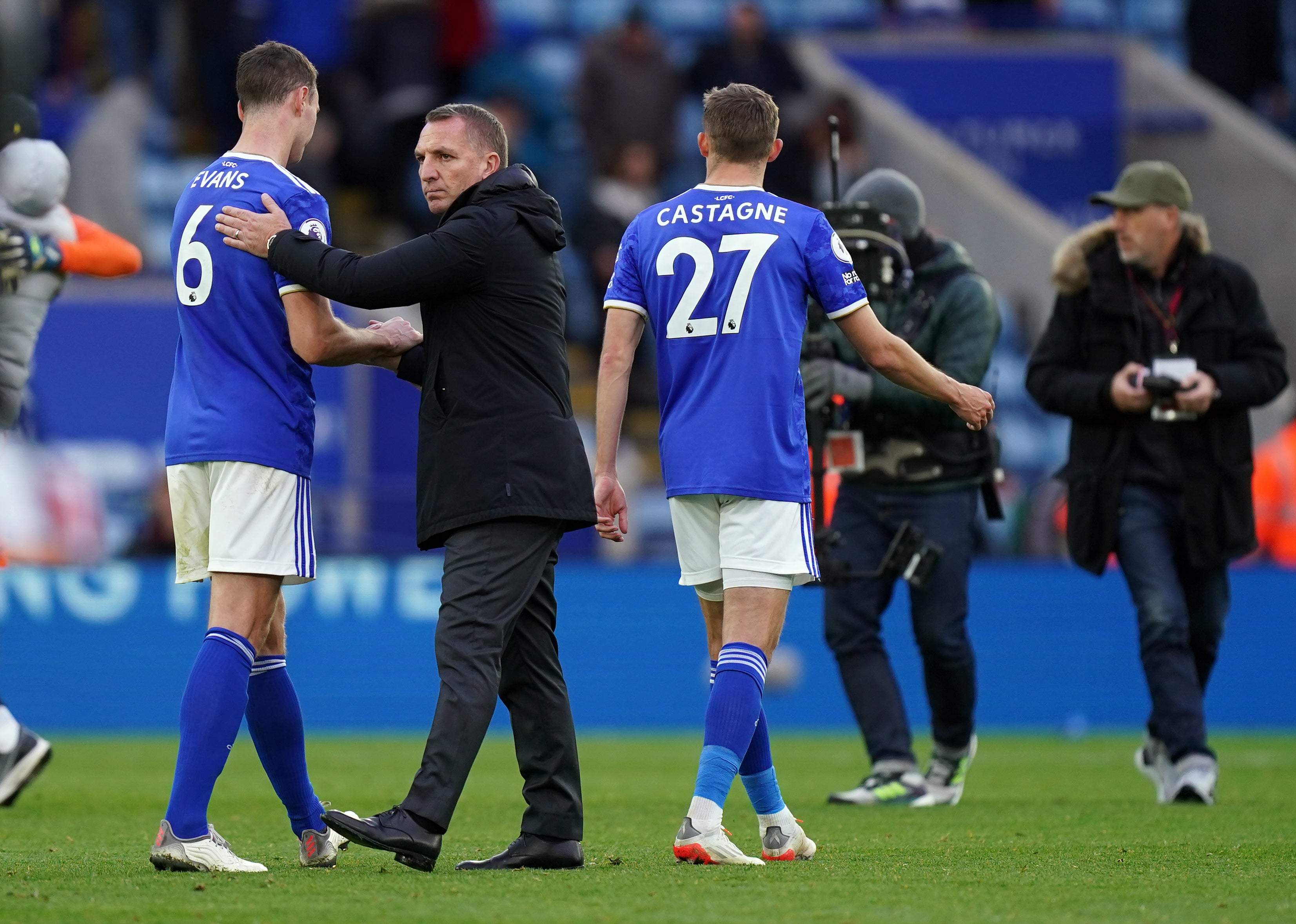 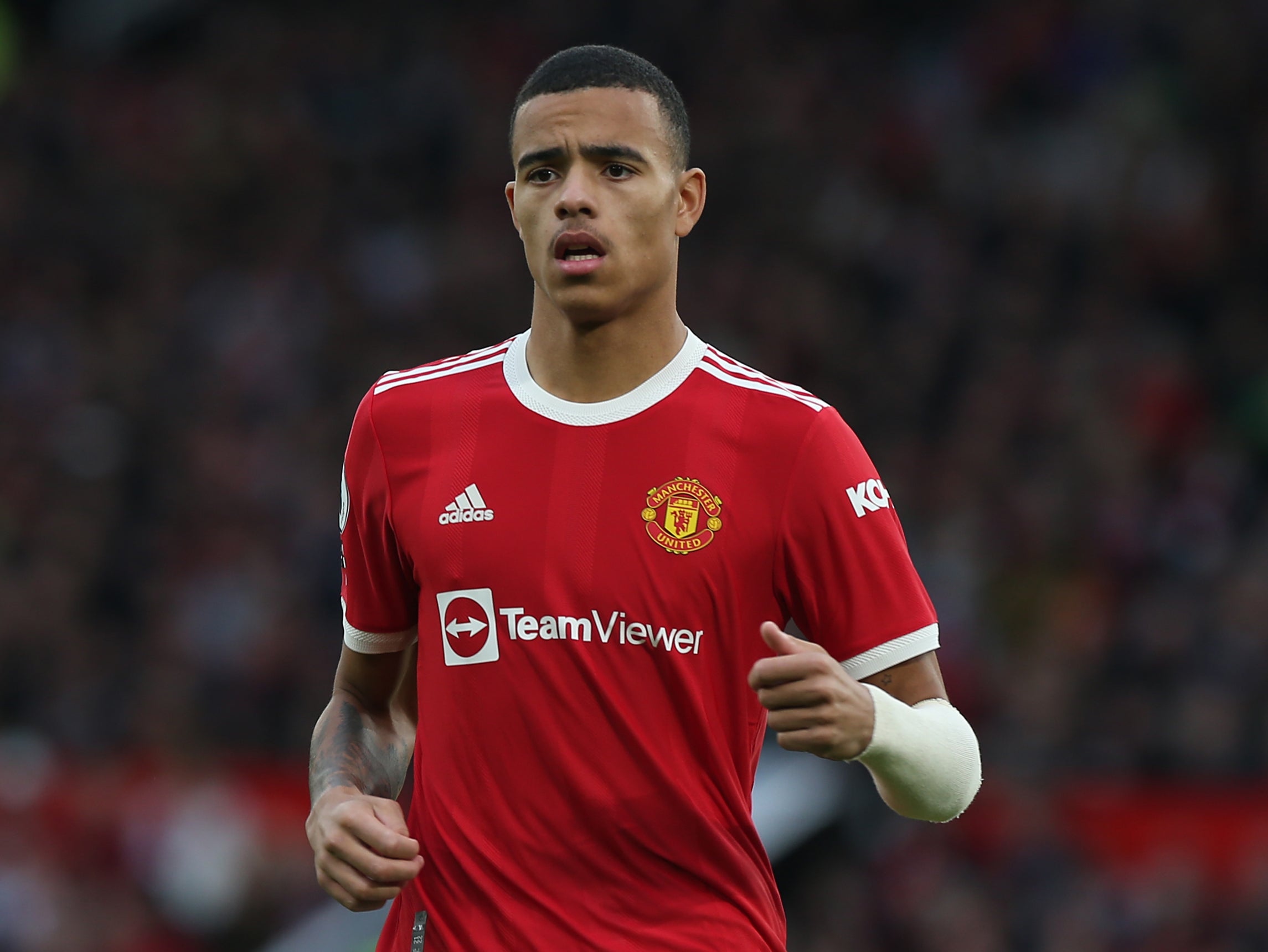 Make no mistake, United’s performance against Watford was even worse than in their recent embarrassments to Liverpool and Manchester City. And that was obvious even before Watford added two late goals.

In a season full of damaging defeats and underperformance, this was the lowest point yet. It was a shambles of a display, characterised by sloppy passing, woeful defending and a complete absence of attacking spark.

The midfield, in particular, was a key issue and Scott McTominay, Nemanja Matic and Bruno Fernandes all inadvertently set up Watford chances by giving the ball away.

It was jarring to see a team of talented individuals playing so poorly, and of course the coaching has to be questioned.

Solskjaer had demanded a response from United following their defeat in the Manchester derby, only to see his side plunge to new depths.

The second-half performance of Van de Beek offered some hope, but United’s hopes of a comeback were severely hit after Maguire’s red card – the latest horror moment for the United captain.

It’s difficult to over-state how dreadful United’s run has been. They have now lost four of their last five Premier League matches. That’s relegation form, for a side who came into this season with ambitions of challenging for the title. 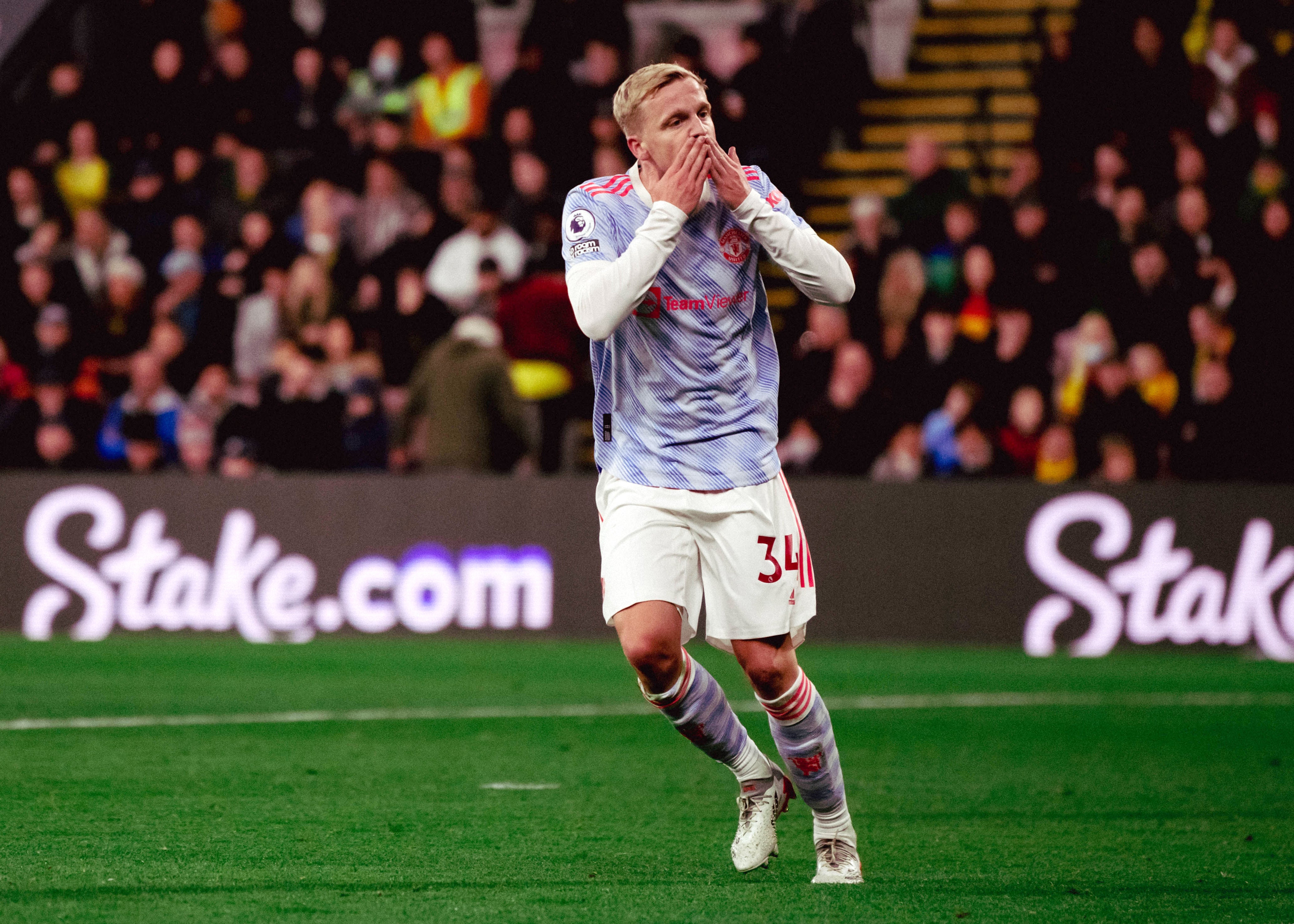 He was the player United fans were pleading for in the first half, and Donny van de Beek made an immediate impact when he was called from the bench at half time.

The fact that the away end was signing Van de Beek’s name while United were 2-0 down is an intriguing one in itself.

He wasn’t being heralded because of his performances this season, rather that the former Ajax star has rarely been given the opportunity to do so.

In a way, it’s the closest United fans have come to criticising Solskjaer, as they are openly questioning his decision-making and team selections.

After he was given his chance, Van de Beek was United’s best player and looked to have hauled them back into the match with his header shortly after the restart.

The 24-year-old brought some much-needed urgency and accuracy to the United midfield, setting up Ronaldo for two chances that would have pulled United level.

If anything, Van de Beek’s display only served to highlight how baffling his treatment from Solskjaer has been as he is still yet to start a Premier League match this season.

Watford burst into life under Ranieri

While they will inevitably be overshadowed by talk of United’s form, Watford were thoroughly impressive at Vicarage Road and their win was fully deserved.

Claudio Ranieri’s side were everything United weren’t in the first half – sharp, energetic, combative and threatening on the break.

When Watford win, Sarr is usually the star of the show and the forward deserves credit for how he responded to his two penalty misses early in the match. His finish for Watford’s second was emphatic.

But this was also a team performance from Ranieri’s side, and perhaps one of their most memorable wins in Premier League history. The three points earned will give them plenty of confidence heading into the next few weeks.

De Gea’s penalty save from Sarr’s poor effort early in the match should have been the moment that woke United up and sparked them into life.

After Kiko Femenia bundled in the rebound from Sarr’s first penalty, referee John Moss ordered it to be retaken for encroachment. 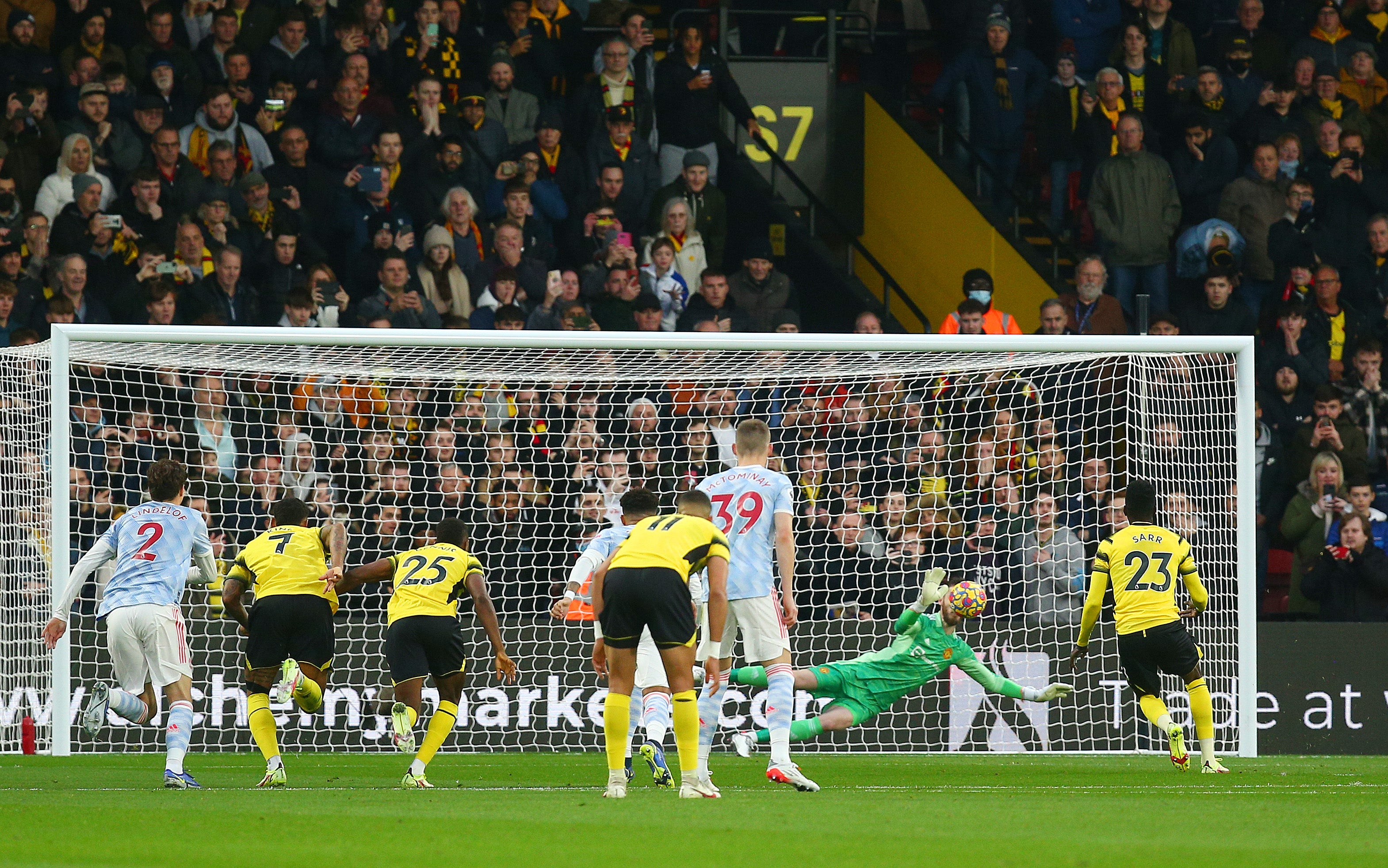 It gave De Gea another chance and he again made the stop – his second consecutive penalty save in the Premier League after he denied Mark Noble in stoppage time in United’s win at West Ham.

That in itself signals a remarkable turnaround for De Gea after he had failed to make saves on any of the previous 31 penalties he had faced in the division – a run which stretched back to 2016.

The reaction of the United players, who crowded around De Gea after his stop, showed again how grateful they are of the United goalkeeper’s form – but the team were unable to kick on as their shocking first-half performance continued.

More disaster on the way for United?

United’s trip to Vicarage Road kicked off a run of 11 matches in 40 days for Solskjaer’s side, who are heading into the busiest part of their season completely devoid of form or confidence.

And life does not get any easier for the United manager, with three testing fixtures in the next week.

Ronaldo’s late winner in Atalanta means they do not travel to Villarreal on Tuesday in danger of being eliminated form the Champions League on the night, but United still can’t afford to lose.

After that, United face Premier League leaders Chelsea and a resurgent Arsenal side in quick succession. They will travel to Stamford Bridge next weekend with neither Maguire or Raphael Varane, a huge hole in their backline. 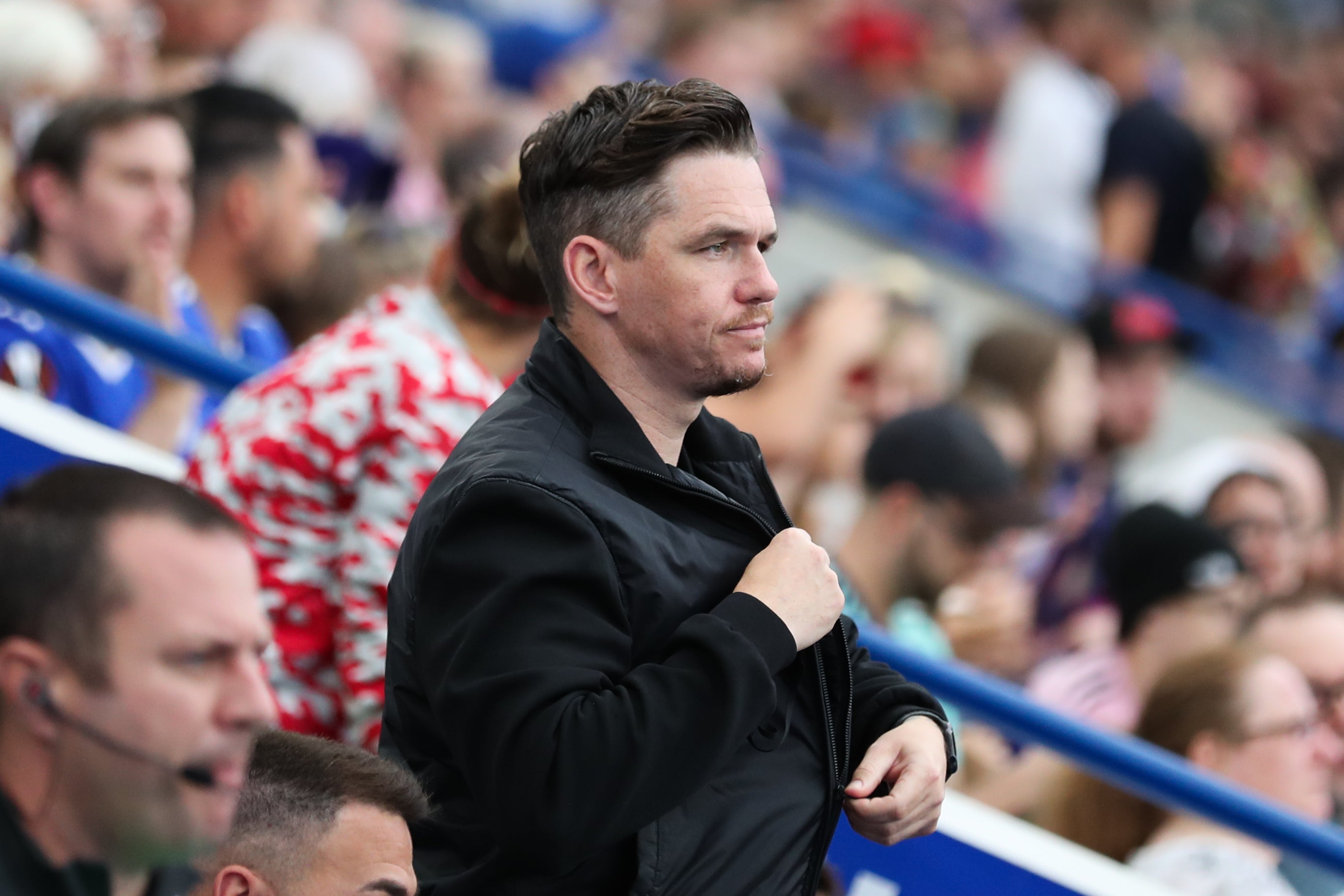 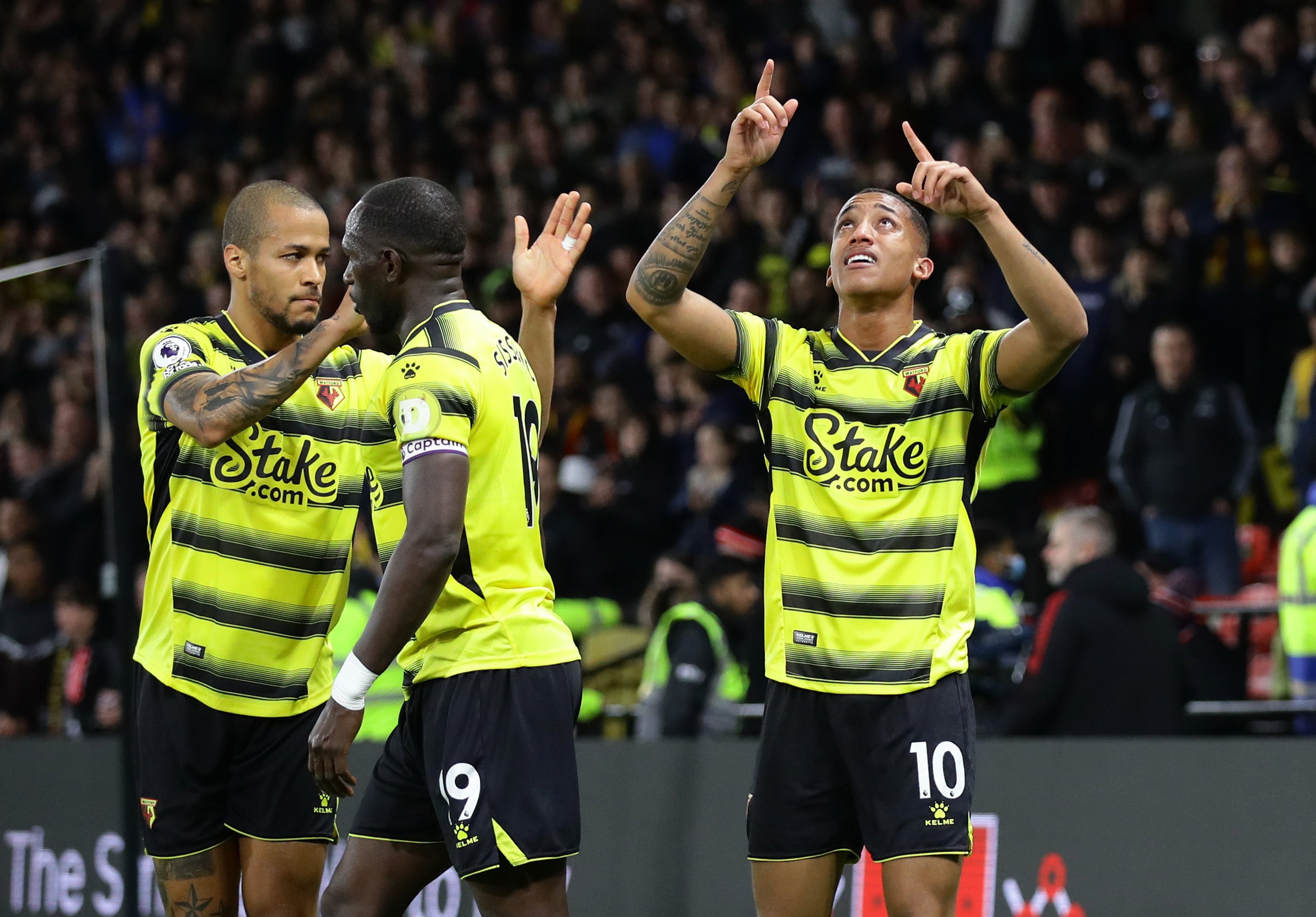 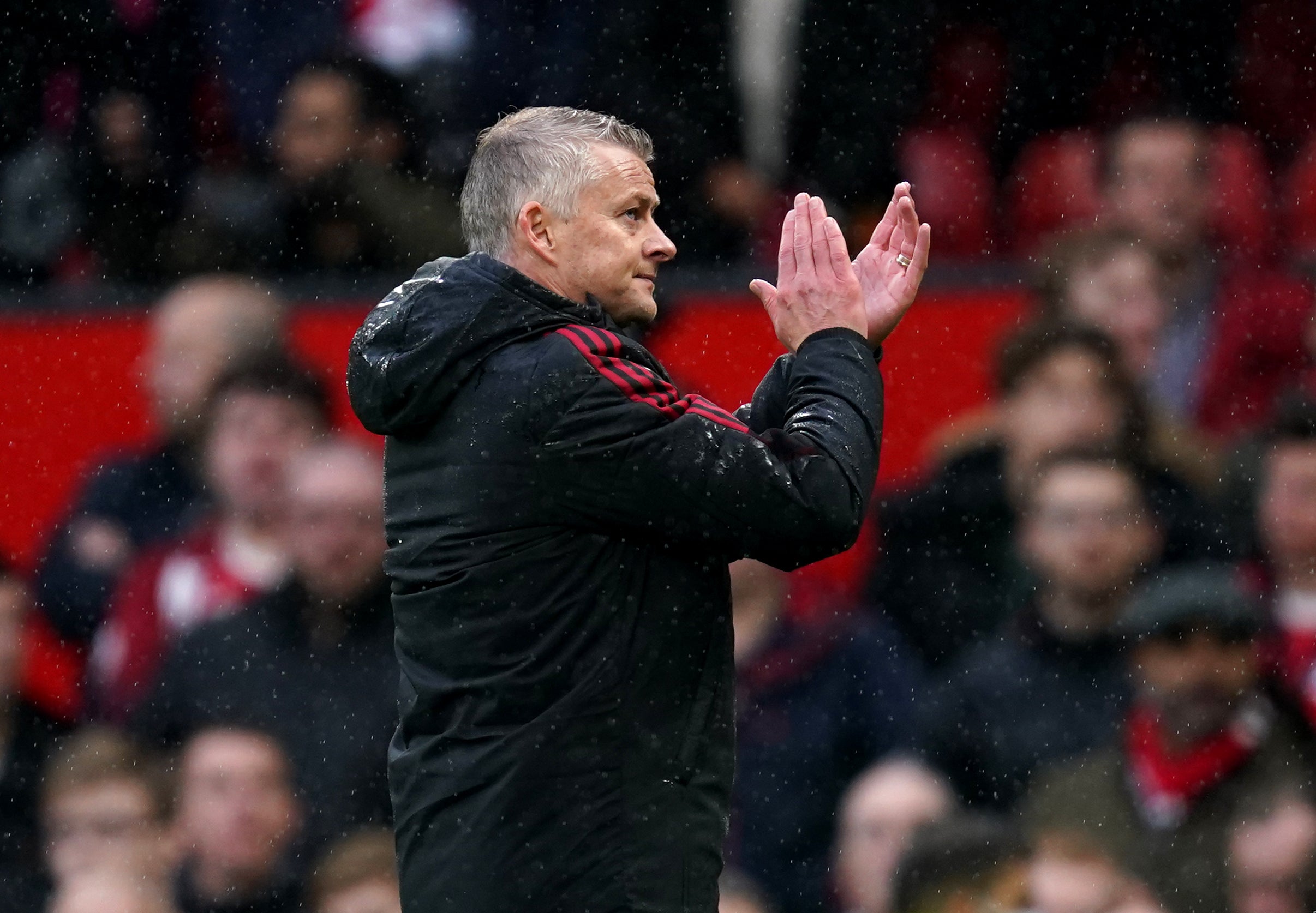 The international break has been and gone and with it, the last opportunity to part ways with Solskjaer and give a new manager some time to settle into the job, just as Tottenham, Aston Villa and Norwich have done in recent weeks.

Instead, United have waited and waited, and they’ve paid the price.