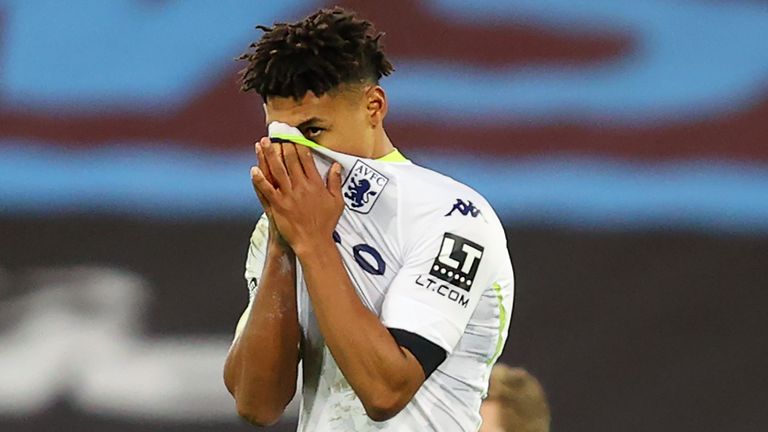 Ollie Watkins endured a night to forget as he missed a penalty and saw an injury-time equaliser ruled out by VAR in Aston Villa’s 2-1 defeat at West Ham.

West Ham had twice taken the lead in the opening moments of either half, with Angelo Ogbonna nodding in from a Jarrod Bowen corner with less than two minutes on the clock, before Jack Grealish continued his fine run of form with a solo run and finish to level (25).

Half-time substitute Said Benrahma crossed for Bowen to nod the hosts back ahead 28 seconds into the second half, and minutes after Trezeguet missed a clear-cut chance to level, Villa were put through more penalty heartache a week after VAR denied them a late spot kick in their defeat to Brighton.

This time the video assistant agreed with Peter Bankes’ decision to point to the spot after Declan Rice’s pull on Trezeguet’s shirt, but Watkins continued his poor run from 12 yards – having missed two of his previous five penalties – when his effort struck the bar.

Watkins briefly looked to have redeemed himself in stoppage time when turning in Matt Targett’s cross, only for a borderline VAR review to rule the goal out for an offside.

Aston Villa are also back on the box on Friday night, hosting Newcastle live on Sky Sports Premier League from 7pm; kick-off at 8pm.