Manchester United fans have been left scratching their heads after being drawn against LASK Linz in the Europa League last 16. United beat Club Brugge last night to book their place in the next round where they’ve been drawn against the Austrian side.

LASK are top of the table ahead of Red Bull Salzburg and could pose a real problem for Ole Gunnar Solskjaer’s side.

But fans of the club were in the dark about who their opponents are or where they come from.

“whats a lask?” wrote one Twitter user. Another tweeted: “Who the hell is Lask.”

A third posted: “Currently googling who are @LASK_Official sorry.”

Some other fans claimed to know about the impressive Austrian outfit, who turned over Dutch side AZ Alkmaar to book their place in the last 16.

“Lask FC is a dominant club side in Austria league @ManUtd shouldn’t expect an easy run,” warned one fan.

Another wrote: “LASK is very good team, they’re better than Salzburg, so it won’t be an easy game. I have seen them a couple of times and they are playing a really good football…”

A third posted: “LASK has been one if not the best underdog team this year.” 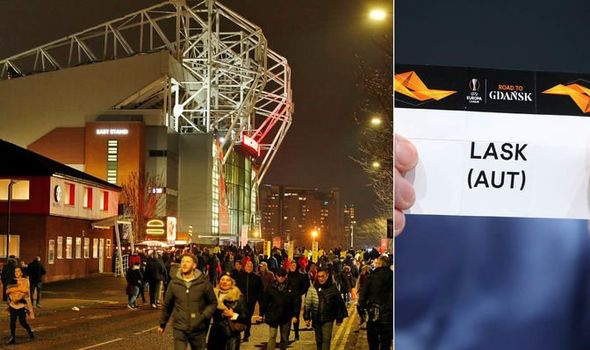 Solskjaer’s side turned on the style last night with January signing Bruno Fernandes doing the business in a 5-0 hammering of Brugge.

And the United boss is delighted with his side’s progression.

“We knew when we made the decisions we made in the summer it was going to take time,” he said.

“Rome wasn’t built in a day. The culture, the attitude, the fitness, the camaraderie, the team spirit and maybe even the understanding between players have improved. 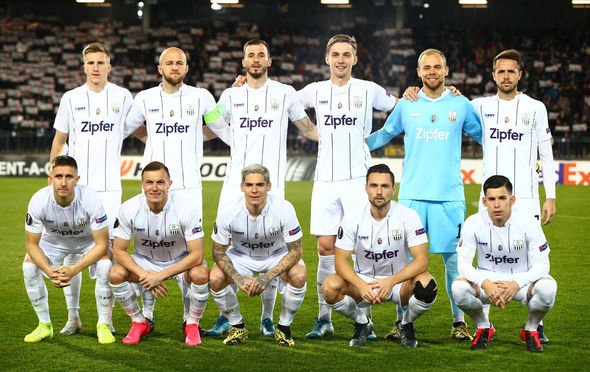 We knew when we made the decisions we made in the summer it was going to take time. Rome wasn’t built in a day

“We have missed that box opener that Bruno [Fernandes] is proving to be now.

“There was one or two pieces missing and we still know we miss one or two to be where we want to be but it’s a work in progress.”

He added: “When I took him [Fernandes] off [on 65 minutes] obviously he didn’t want to come off – that’s one thing.

“He just loves football. He’s got so much enthusiasm and a smile about him. He wants to be out there, wants to be better. I tried to send him in because it’s cold. ‘No, I want to watch,’ he said. He’s one of these old-school boys – football is everything for him. He’s been a big, big boost for us.”