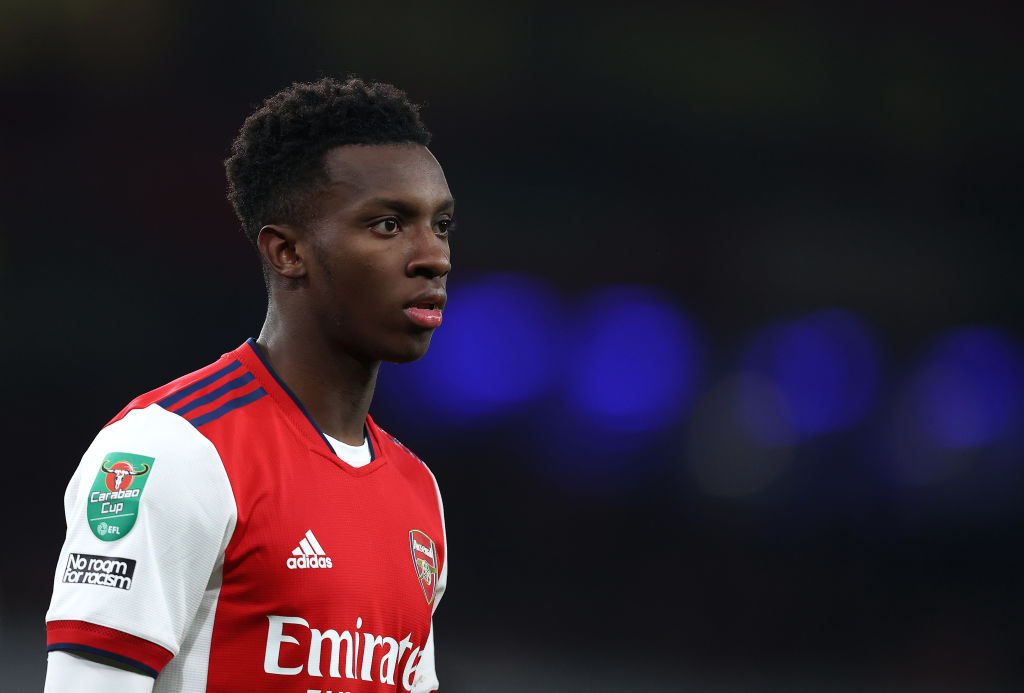 Eddie Nketiah is missing from Arsenal’s matchday squad for their Premier League clash against Manchester City after testing positive for Covid-19.

Nketiah has struggled for league minutes so far this season, but has been a regular fixture on Mikel Arteta’s bench in recent months.

He was due to be named among the substitutes once again for the match against City in order to provide cover for Alexandre Lacazette, but has been forced to isolate after contracting the virus.

The 22-year-old has been linked with a move away from the Emirates Stadium when his contract runs out at the end of the season.

Arsenal want to keep Nketiah at the club beyond this term, but a lack of playing time means it looks likely that he will leave amid interest from other Premier League clubs, as well as from teams across Europe.

Elsewhere, right-back Takehiro Tomiyasu returns to the starting XI in Arsenal’s only change from their 5-0 hammering of Norwich last time out.

Tomiyasu missed the trip to Carrow Road after testing positive for Covid, but has since recovered to replace Rob Holding for the match against the league leaders.

Meanwhile, City are without star midfielder Phil Foden for the clash, with the reason behind his absence currently unconfirmed.

Pep Guardiola’s side head into the game eight points clear at the top of the league table, while Arsenal begin the weekend in fourth place with 35 points from 19 games.