William Saliba’s INEXPERIENCE was the reason he was taken off early against Denmark, says France manager Didier Deschamps after the in-form Arsenal defender was hooked at half time in 2-0 defeat

France manager Didier Deschamps has claimed that William Saliba’s inexperience lead to his substitution at half time of France’s 2-0 defeat to Denmark.

France were two down at the interval of their final Nations League group game, and Deschamps made the decision to hook the Arsenal defender at the interval alongside Real Madrid midfielder Eduardo Camavinga.

The changes didn’t make too much of a difference and the side lost for the third time in six Nations League games, avoiding relegation by one point, and Deschamps admitted via the Mirror that his ‘young French side’ caused him some issues in the game. 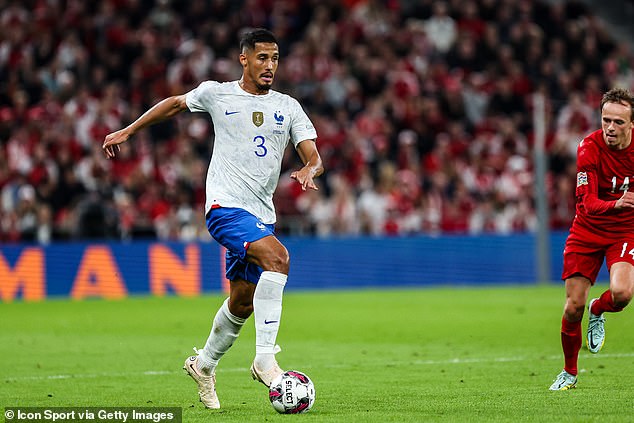 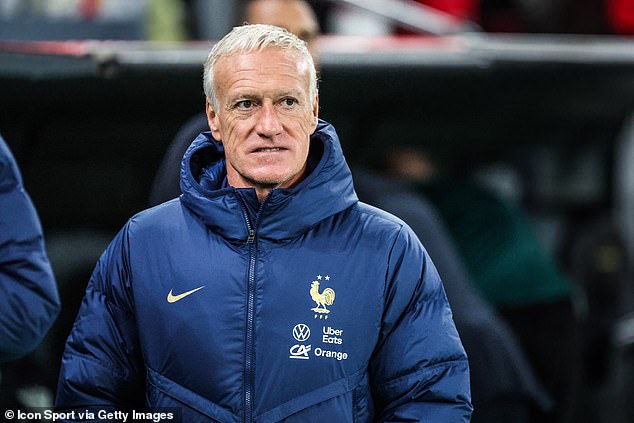 ‘I don’t think it’s a shipwreck, we also had a lot of chances but we were ineffective, we made some errors when playing out from the back,’ he said.

‘It’s a young French side, where the majority of the players don’t have experience at the very highest level.

It’s not a question of formations, but when you have four corners and a Danish player is left alone each time, you can play with three, five or twelve at the back, it doesn’t change a thing.’ 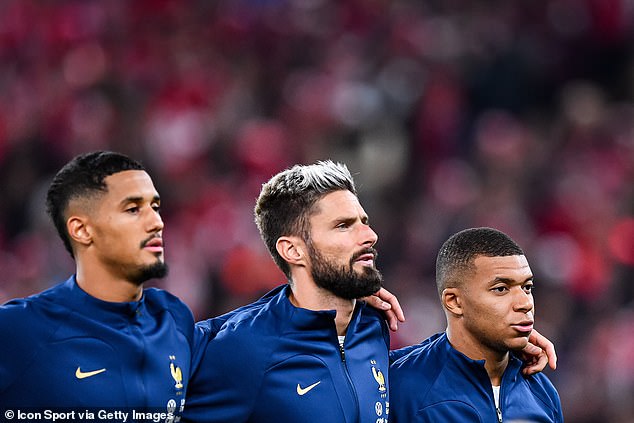 France lost for the third time in this year’s Nations League, avoiding relegation by one point

The 53-year-old did suggest it’s not the time to panic after the performance, despite the world champions’ poor form less than two months out from the World Cup

‘There’s no need to worry, the fact that the players with international experience are coming back will do us good,’ he said.

‘Cama was not in the best mood, it can happen. He has not been with us for a long time and he’s starting the match already. He was not the only one either. It will serve him well for the future just as it will serve others.’ 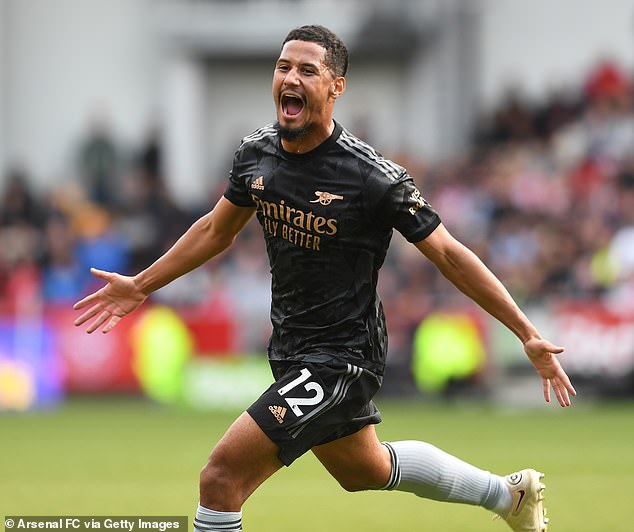 Saliba has been in fine form for club side Arsenal this season, who top the Premier League

‘Obviously we have young, quality players who are learning but the important thing is to recover all our vital, experienced players for two months’ time.’

Saliba has been in fine form for Arsenal this season, emerging as one of the Gunners’ key players and a fan favourite at the Emirates.

He has played every minute in the Premier League, and is expected to feature again this weekend in the North London derby.