Xavi says Barcelona felt ‘ROBBED in their own home’ after 20,000 Eintracht Frankfurt fans were able to pack into the Nou Camp for their side’s Europa League victory, as he fumes his players were not ‘comfortable’

Xavi believes Barcelona felt ‘robbed in their own home’ after chaos over the allocation of tickets for their clash against Eintracht Frankfurt overshadowed their surprise exit from the Europa League.

The LaLiga side were dumped out of the competition on aggregate after Filip Kostic scored twice in a 3-2 defeat which saw Frankfurt progress to the semi-finals 4-3 on aggregate, with a late rally from Xavi’s men not enough.

However, the raucous atmosphere at the Nou Camp was helped by the presence of a larger-than-usual travelling contingent, with around 20,000 German fans able to get in. This came despite them initially being allocated just 5,000 seats. 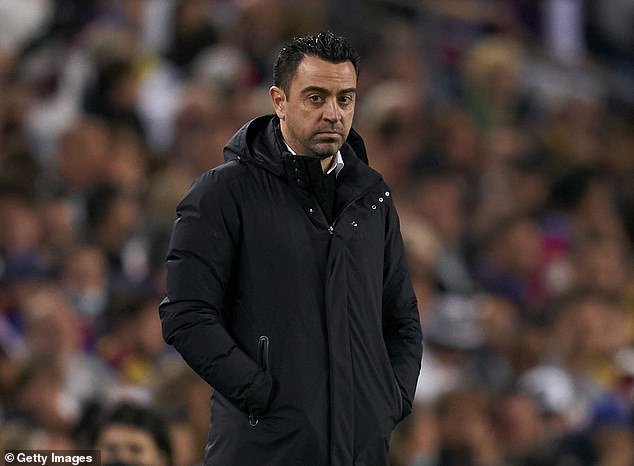 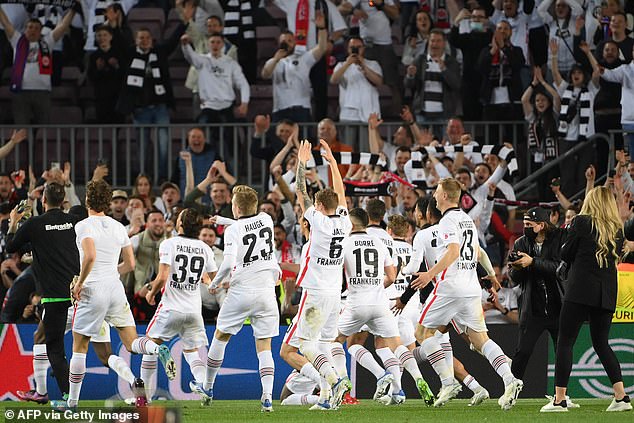 Around 20,000 fans of the German side packed into the Nou Camp for the Europa League tie

Blaugrana president Joan Laporta has since labelled the fiasco a ‘disgrace’, and boss Xavi has been quick to point out the psychological effect of the situation.

‘The players did not feel like they were playing at home,’ Xavi said.

‘It’s not an excuse, but the atmosphere conditioned us. We were not comfortable.

‘I had a bad feeling from the first moment when we got on the bus at the hotel and we did not feel at home. 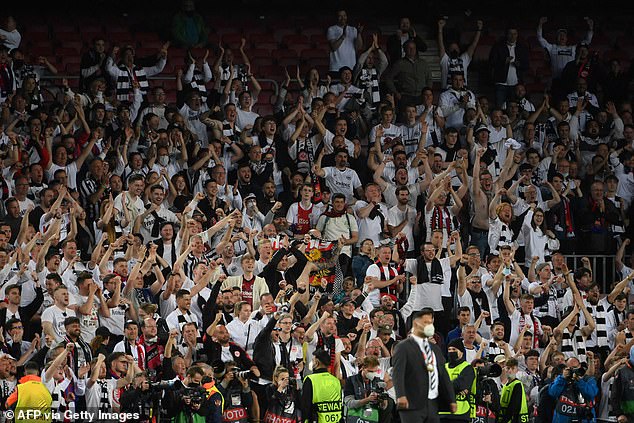 Their vocal support helped lift their players to a memorable victory, which knocked Barca out 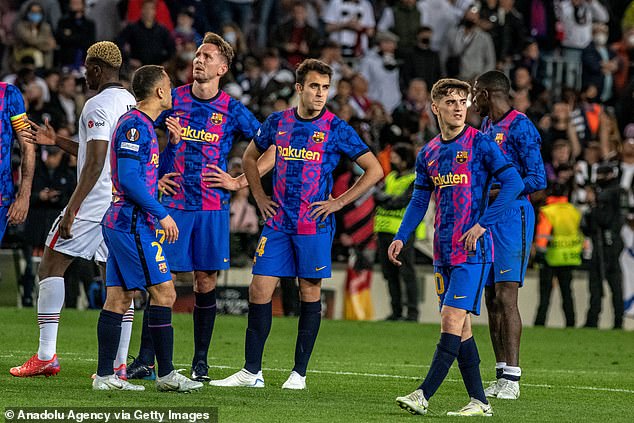 ‘They were throwing everything at us, [the players] couldn’t even get down the tunnel. Then we gave a penalty away in the first minute.

‘It was a fateful night in every sense, sporting and institutionally. It started badly and ended badly. You feel robbed in your own home.’

Xavi had urged Barcelona supporters to fill their famous ground before the game, and fans who were not going were urged to give up their seats to create a grandstand atmosphere for the crunch quarter-final tie.

But these calls were not heeded, as shown by the frosty reception – a sea of jeers and boos – when the home side’s stars ran out to warm-up. 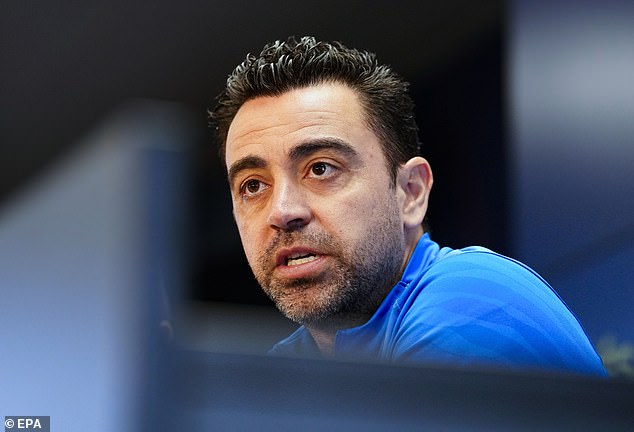 Questioned on the atmosphere, a red-faced Laporta said: ‘It’s a disgrace what has happened. I feel embarrassed.’

Xavi has said he expects to know why there was such an imbalance in the crowd.

‘The club will give an explanation at some point – or at least find solutions so it does not happen again,’ he added.

‘It was the club’s mistake, for sure. When the club finds out what errors led to Thursday’s events, they will explain it to us.’