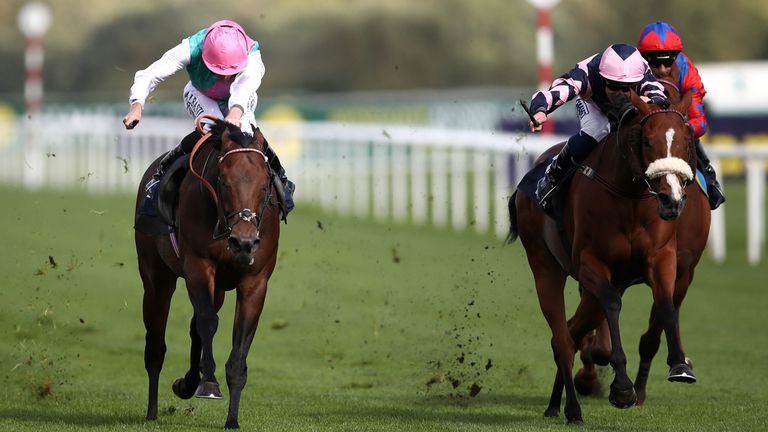 The Al Quoz Sprint remains top of the agenda for Equilateral – despite his odds-on defeat at Meydan last month.

The Charlie Hills-trained five-year-old made an impressive start to his stint in Dubai when comfortably accounting for Waady in a Listed handicap at Meydan in January.

He was a warm order to follow up in the Group Two Meydan Sprint as the 1-2 favourite, but had to make do with the runner-up spot as Waady gained his revenge.

Hills feels his charge was not at his best for various reasons – and hopes he will show his true colours on Dubai World Cup night at the end of this month.

“He ran a nice enough race in the Meydan Sprint – but we were slightly disappointed by the result, obviously,” said the Lambourn trainer.

“He didn’t seem to gallop out like he can. The ground was a bit loose on top, after they’d put plenty of water on the track, and I think it just blunted his speed.

“He’d had a bit of time between his first and second run, whereas the winner has been running every week, so we were possibly found out for a bit of match fitness.