In the time-honoured trait of making hay while the sun shines, a popular Albury stable isn’t about to take its foot off the accelerator at Monday’s feature meeting on the Wagga Riverside course.

Evergreen horseman Ron Stubbs has burst back into the winners’ stall through mid-spring after a fairly lacklustre winter when placing horses in and around rain-smashed venues were a daily thorn in trainers’ sides. 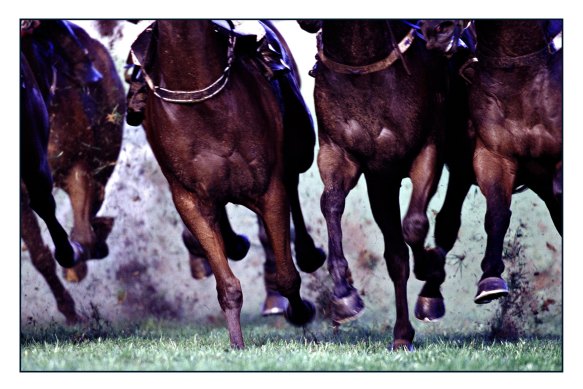 Racing returns to Wagga on Monday with an eight-race card.Credit:Phil Carrick

But since that tough CL2 Highway win at Rosehill in late August by his honest five-year-old Baledon, the stable hasn’t looked back.

Just over three weeks ago, high-class sprinter Boss Lady Rocks swept home in heavy ground under lights for a dominant four-length win at The Valley, and after only 12 career starts the six-year-old mare now has four wins and four placings from just 12 starts.

Then, on Saturday at Kembla, the Stubbs stable enjoyed yet another impressive Highway win at the stand-alone metro meeting when five-year-old powerhouse Tap ‘N’ Run charged down the middle.

Now on a Wagga circuit that should improve just back into Soft range, the Stubbs yard brings back exciting four-year-old Sparring for his first run since failing in a Rosehill Highway in mid-April.

Earlier, the son of Fighting Sun had set tongues wagging on debut when he exploded home to win his maiden by more than six lengths, running a slick 33.20 secs for his final 600m.

Stubbs then took Sparring straight to BM 64 grade at Sandown where he was again heavily backed before missing by a nose.

He had two more runs in metro company before being spelled but signalled he was more than ready for a second prep by winning a trial at Benalla by three lengths with plenty up his sleeve.

Stubbs will certainly get an early design on where Sparring is at in this Class 1 Hcp for the boys over 1065m, up against two rivals who are also destined for bigger sprinting riches.

Flying Goulburn three-year-old Mogo Magic lines up 18 days after he destroyed a maiden field on debut by nearly seven lengths; while Canberra four-year-old Deepmind also resumes off a lengthy break, having blitzed an autumn maiden field here by more than five lengths at only his second start.

News, results and expert analysis from the weekend of sport sent every Monday. Sign up for our Sport newsletter