Bradsell, who produced one of the performances of the week at Royal Ascot when running away with the Coventry Stakes, will miss the remainder of the season through injury.

A nine-length winner on his York racecourse bow, Archie Watson’s colt comfortably followed up at the Royal meeting and was a well-backed favourite to complete the hat-trick in the Phoenix Stakes at the Curragh on Saturday.

However, he stumbled leaving the stalls and hung right in the closing stages to finish eight lengths adrift of brilliant winner Little Big Bear. 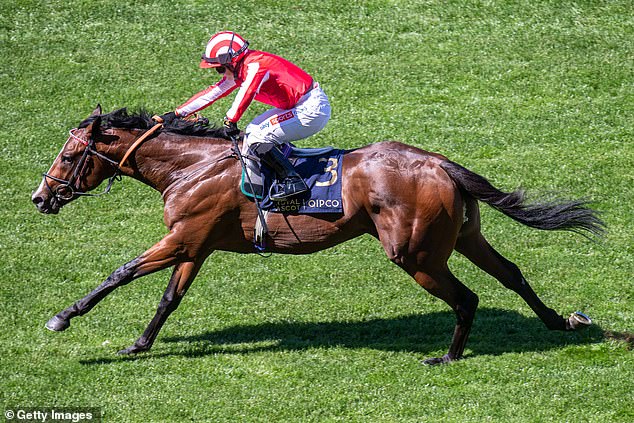 ‘I am naturally very disappointed for (owners) Victorious Racing and all the team at Saxon Gate but we look forward to having him back on the racecourse in 2023.’

A service to celebrate the life of jockey Lester Piggott who died 86 in Switzerland in May will be held in London on October 27.