That’s how you get him out! Australia star Steve Smith details experience of being trapped in a LIFT on Instagram – with Marnus Labuschagne feeding him M&Ms as vice-captain was stuck for an hour in down-time after Ashes triumph

Steve Smith had an unusual experience while resting after Australia’s Ashes victory as he spent Thursday evening trapped in a lift in his Melbourne hotel.

The Aussie vice-captain, staying at the Park Hyatt hotel, detailed his experience on Instagram, explaining that he was stuck in an out of service lift hovering just below his floor.

Among the highlights were Smith using filters on his social media story, and team-mate Marnus Labuschagne feeding him M&Ms through the gap in the door. 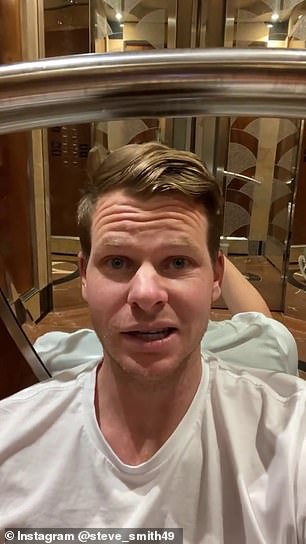 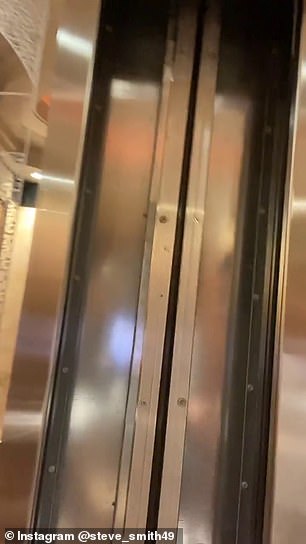 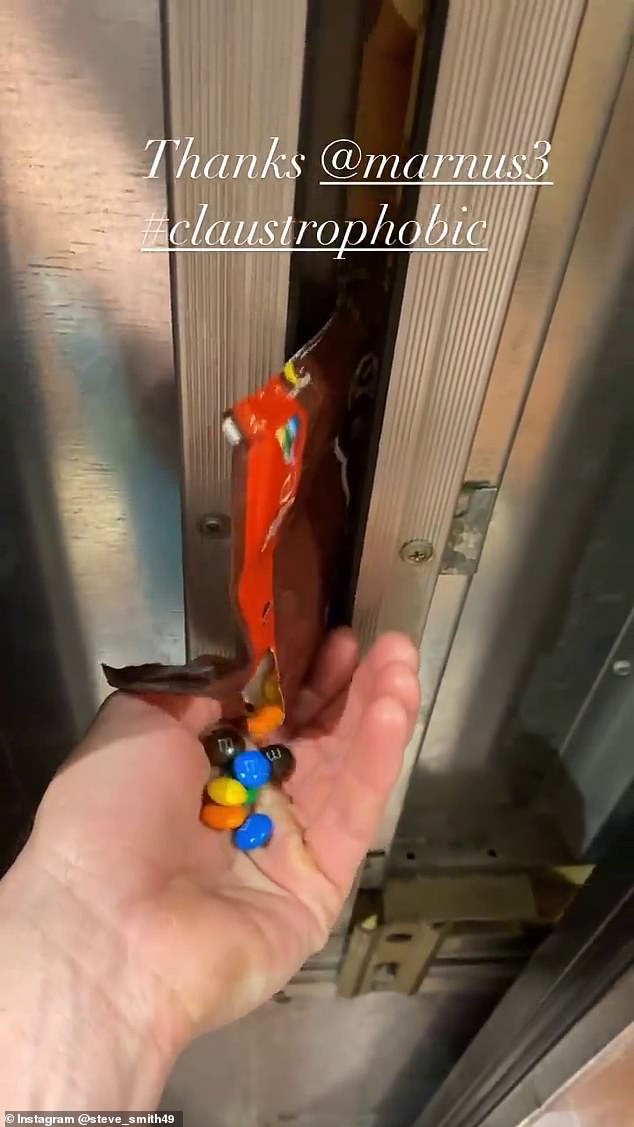 Smith started the video by saying: ‘Not quite the night I had planned. I’m currently stuck in a lift, been here about 25 minutes…

‘Just taking a seat, what else can you do when you’re stuck in a lift?!  I could be for a while. Anyone got any suggestions of what I could do, throw them out here let’s do it.’

He then videoed Labuschagne feeding him M&Ms through the gap in the lift, with the hashtag claustrophobic.

He then tried a Instagram filter of him dancing as electronic dance music duo LMFAO. 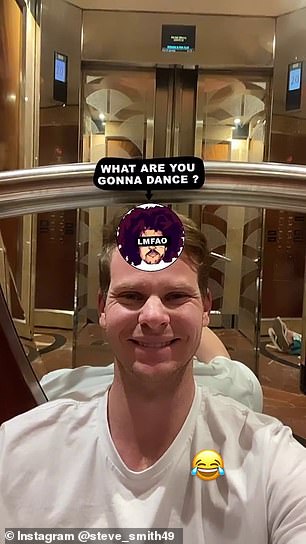 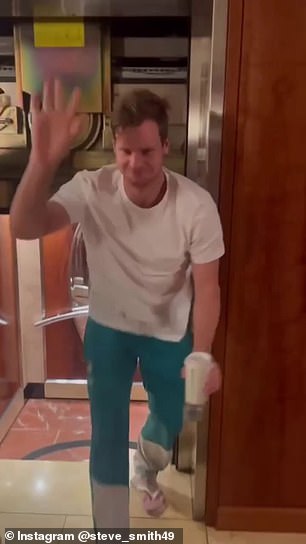 Eventually, one of Australia’s star cricketers was freed from the lift after almost an hour.

The Aussies are enjoying some down-time after wrapping up the third Ashes Test two days early with an innings victory this week, securing an unassailable 3-0 lead.

The fourth Test, in Sydney, starts on January 5.