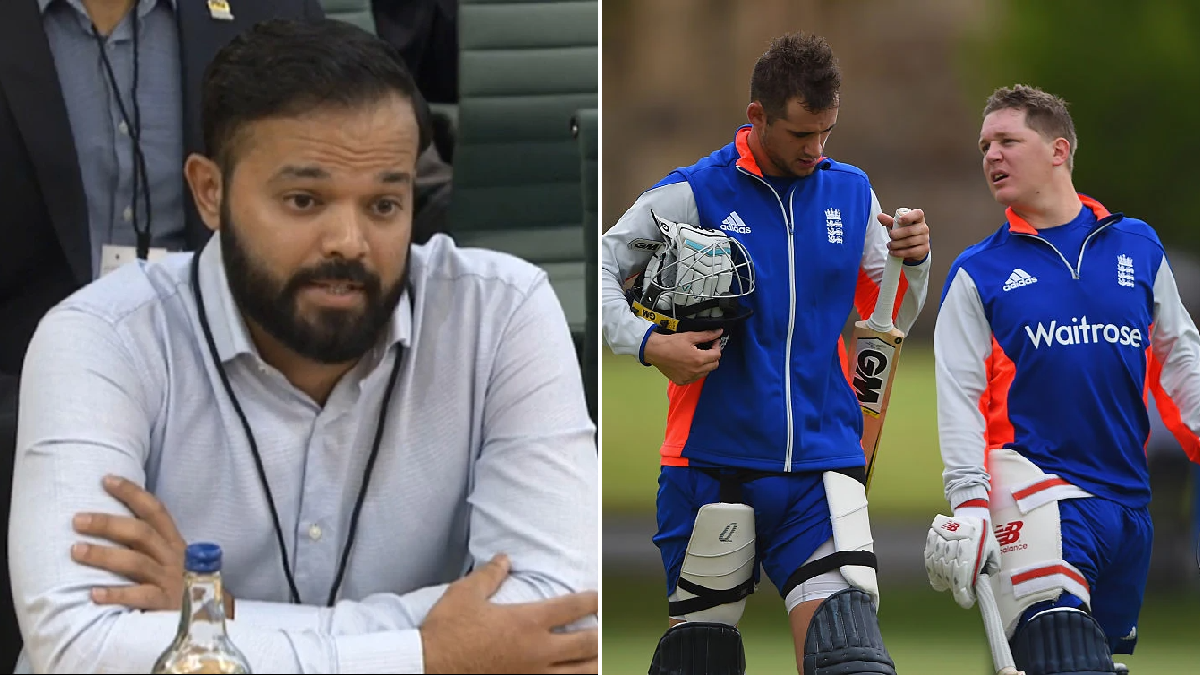 Azeem Rafiq has lifted the lid on the full scale of the racism scandal that has engulfed both Yorkshire and England cricket in an emotional appearance in front of a parliamentary select committee on Tuesday.

The former Yorkshire player, who moved to England from Pakistan aged 10, gave evidence to MPs as he expanded on the racism he experienced during his decade-spanning career at the club.

A report confirmed that Rafiq was the victim of ‘racial harassment and bullying’, while former teammate Gary Ballance admitted to using a racial slur, but Yorkshire said they would not discipline anyone as a result of the investigation.

Now Rafiq has gone into greater detail on the abuse he received and highlighted the enormity of the problem, listing an alarming number of racist insults which were used against him and other players, as well as the ‘inhuman’ treatment he received during his time with Yorkshire.

It was not purely restricted to Yorkshire, either, with Ballance allegedly referring to all ethnic minority players as ‘Kevin’ within the England dressing room which prompted batsman Alex Hales to use the same name for his black dog.

Rafiq has also revealed inappropriate comments from former England coach and Sky Sports commentator David ‘Bumble’ Lloyd, as well as a bullying complaint aimed at Tim Bresnan, while he criticised England skipper Joe Root for pleading ignorance to what he describes as ‘institutional racism’.

‘Kevin was something Gary used to describe anyone of colour in a very derogatory manner. It was an open secret in the England dressing room,’ Rafiq explained. ‘Anyone who came across Gary would know that was a phrase he would use to describe people of colour.

‘Gary and Alex Hales got really close to each other when they played for England together. I wasn’t present in that dressing room, but what I understand is that Alex went on to name his dog Kevin because it was black. It’s disgusting how much of a joke it was.’

Expanding on how broad the problem is, Rafiq said he had even heard questionable comments from Lloyd, continuing: ‘It’s clear the problem is there. Everyone’s known it for a very long time. I think it’s been an open secret. As I’ve seen over the last 15 months, if you speak out your life is going to be made hell – and there’s no doubt my life [has been made hell].

‘I sat in front of national TV and talked about the dark places this whole episode has got me into and what’s happened since then? Denial, briefings, cover-ups, smearing.

‘High-profile media people messaging other members of the media who supported me saying stuff like, “The club houses are the life blood of a club and Asian players don’t go in there”, “Getting subs out of Asian players is like getting blood out of stone”.

‘And then personally this guy doesn’t even know me, has never spent any time with me, is talking about my personal drinking, going out and socialising.

‘That was David Lloyd, he’s been an England coach, commentator, and I found it disturbing because Sky are supposedly doing this amazing work on bringing racism to the front and within a week of me speaking out that’s what I got sent to me. And I thought, “Gosh, there’s some closet racists and we need to do something about it”.’

England captain Root, who had played for Yorkshire throughout his career, released a statement last week urging the YCCC to ‘educate, unify and reset’ but denied having heard any racist language.

While Rafiq says Root himself was never guilty of racism, he described the England skipper’s statement as ‘hurtful’ and ‘strange’ and insists he was present when a number of racist comments would have been made.

He added: ‘To be clear, Root is a good man. He’s never engaged in racist language. I found [his statement] hurtful, because Rooty was not only Gary’s housemate but, before he started playing for England, he was involved in a lot of those socialising nights out where I’d been called a p***.

‘He might not remember it, but it just shows how normal it was in that environment in that institution that a man like him doesn’t see it for what it is. It was strange, but it’s the environment and the institution that made it such a norm that people don’t remember it. And it’s not going to affect Joe, it’s something I remember every day. But I don’t expect Joe to.’

Rafiq also said that he was part of a group of ‘six or seven’ players who made a bullying complaint about former England player Tim Bresnan in 2017, but as the only player of colour in the group he was ‘the only one to get repercussions’ and was subsequently seen as a ‘trouble-maker’ by Yorkshire.