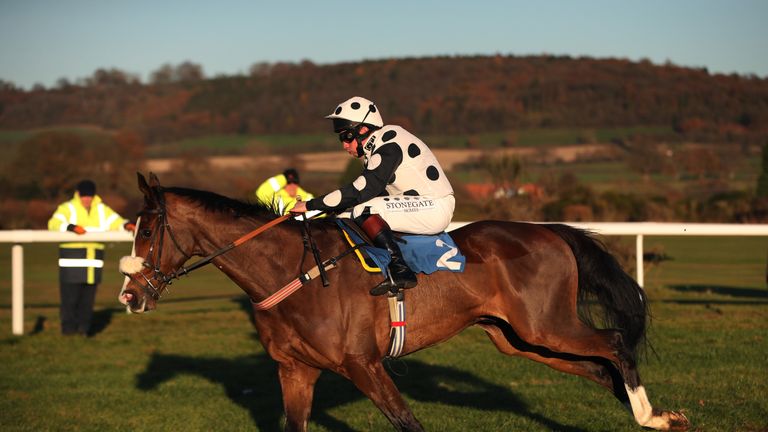 Liosduin Bhearna, ridden by Paddy Brennan, was an appropriate winner on day two of Irish race weekend at Doncaster when beating the strong wind as well as his rivals in the 888Sport Handicap Hurdle.

The pair combined for trainer Fergal O’Brien to land a game success over the extended three miles by six and and a half lengths from the favourite Blackjack Kentucky, with Remastered third.

Brennan said of the 6-1 winner: “We went slow, so I knew I had to be on the pace and he did it well.

“I had to get there as it got a bit tactical early in the straight.

“He loved the ground and it’s very windy out there. I felt I was getting nowhere – that’s how tough it is.”

Irish eyes were smiling again when Brennan and the absent O’Brien completed a quick double through Gino Trail (9-2) in the 888Sport Bet £10 get £30 Handicap Chase.

The 13-year-old was having his first race since moving from Kerry Lee’s stable to O’Brien, and showed a change of scenery and regime can have a positive effect – even on a veteran campaigner.

Jumping with zest in front, Gino Trail kept up the gallop to cross the line three and three-quarter lengths to the good over Katpoli.

“I’d never ridden him before, but I knew he’d done enough work at Fergal O’Brien’s that he wouldn’t get tired.

“We’ll enjoy today. Fergal will decide where he goes next, but he’ll be looked after.”