Infamously, Nathan Lyon once claimed Australia wanted to “end some careers” among an England team contesting the Ashes. This time around, he argues the knack of cricket’s oldest contest to “make careers” will be the greatest lure for touring players to turn up en masse.

The England and Wales Cricket Board (ECB) is set to formally announce that England will travel for the Ashes in coming days, followed by the naming of a squad chosen by the coach and sole selector Chris Silverwood. After captain Joe Root’s confirmation that he will tour, few available players are expected to withdraw. 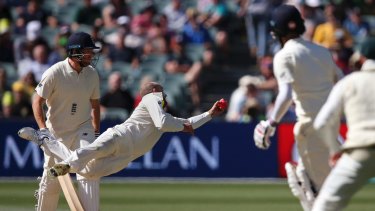 Screamer: Nathan Lyon was the bowler of the series the last time England played an Ashes series in Australia.Credit:AP

Lyon lowered his reputation in the eyes of England supporters with provocative words before the 2017/18 series, in which he was arguably Australia’s best bowler (21 wickets while conceding just 2.36 runs an over) in a 4-0 drubbing of the visitors.

When that series was followed by the ignominy of the Newlands scandal, Lyon became one of the primary targets of abuse from English crowds in the return bout in 2019. Asked whether he expected gentler pre-series rhetoric this time around, Lyon was not exactly adamant about putting a more conciliatory accent on the first Ashes meeting since the onset of COVID-19.

“I think that shows the passion between the two nations, and it’s the pinnacle as an Australian cricketer to play in the Ashes series,” Lyon said. “So no doubt there will be some comments flying around and creating a bit of theatre, which I’m all for, so it should be good fun.

“I’m expecting England to come out pretty well full-strength. Ashes series make people’s careers, so if people don’t come out and someone comes out and has an absolute blinder of an Ashes series, that really sets their careers up. I know if I was in their shoes I’d be putting both hands up for selection and coming on that tour.”

As a member of the New South Wales squad, Lyon is yet to start his domestic season after the longest off-season break of his 10 years in the national team.

Sources have told The Age and The Sydney Morning Herald that NSW and Victoria are now set to play three Sheffield Shield matches against one another, the first two in Sydney and the third in Melbourne, alongside a pair of one day games, starting in late October.

Other states will continue playing one another on the other side of their hard borders. The Shield, itself, is unlikely to consist of any more than eight rounds, plus the final, after last year’s season stretched deep into April and tested the patience of bubble-weary players. 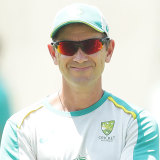 Two weaknesses loom in Australia’s Ashes plans. First, the lack of Test cricket played by the team over the past two years – just one series against India. Secondly, there is the uncertainty of how well the team will gel after an unhappy winter beset by issues within the team environment, many pertaining to the management style of the coach Justin Langer.

“There’s been some really good conversations with JL, with the senior playing group, with the whole playing group and contracted list as well,” Lyon said. “I think it’s going to be beneficial, we’re all on the same page.”

Lyon, of course, would have preferred to be flying to the UAE with Australia’s Twenty20 World Cup squad on Thursday. But he remains optimistic of forcing his way back into calculations ahead of a home World Cup in Australia next year.

“Yeah 100% I was disappointed, but that drives me even more,” he said. “I was disappointed I wasn’t selected in those squads if I’m being honest, but that’s something I can keep working on, keep putting my hand up for selection.”