Bangladesh captain Mominul Haque and bowler Taskin Ahmed were left embarrassed after an ill-fated lbw review on day four of their Test match against New Zealand.

The visitors are in contention to pull off a shock win against the winners of last year’s inaugural World Test Championship final after impressing with bat and ball in the first Test in Mount Maunganui.

But despite putting in a commendable performance so far, day four did also see a rather awkward moment for Haque and his side when Kiwi veteran Ross Taylor, 37, and opener Will Young were at the crease. 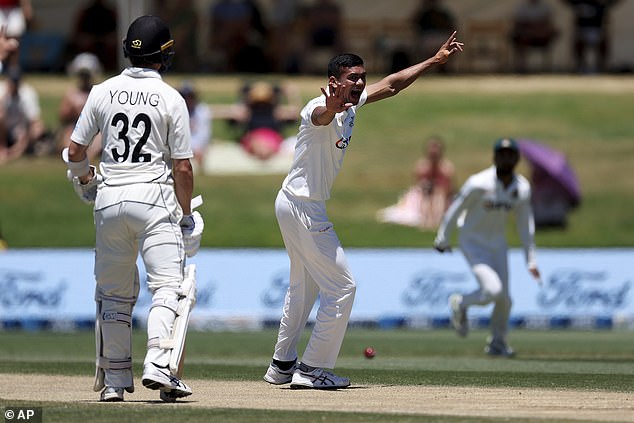 Bangladesh fast bowler Taskin Ahmed was convinced he had Taylor – who will retire from international cricket later this year – trapped lbw when the Kiwis were 90 for two and still trailing the tourists by 40 runs in their second innings.

Ahmed appealed to the umpire but was not really joined by his team-mates, who seemed convinced the ball had come off Taylor’s bat.

However, the 26-year-old still managed to convince his skipper to send it upstairs with just one second remaining on the timer.

But what subsequently happened was nothing short of embarrassing for bowler and captain, as the first replay from the front-on camera angle showed the ball clearly connecting with the middle of Taylor’s bat, far away from his front pad. 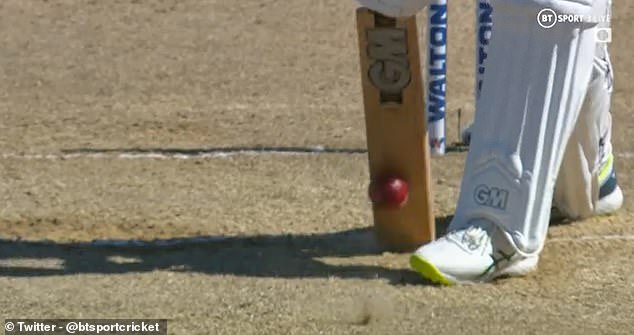 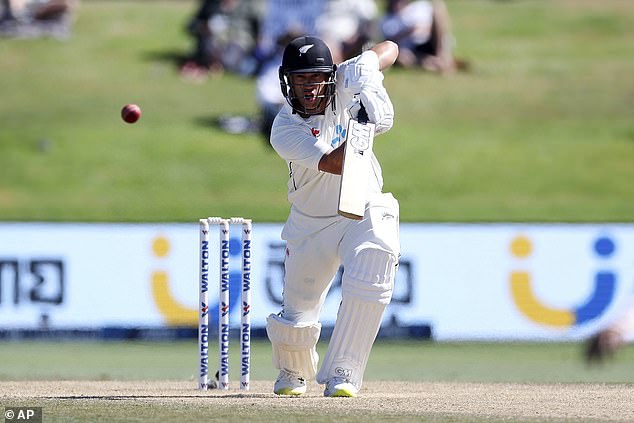 Guffaws could be heard from the commentary box once the replay had been shown once, and Haque was left bemused as the visitors lost the last of their reviews.

The review has been mocked by Twitter users, with many debating if it was worse than England’s review against Australia in a T20 game in Southampton in 2020 following an Adil Rashid delivery to Aaron Finch.

Popular glasses brand Specsavers’ official account tweeting: ‘But one of the best adverts for eye tests you’ve probably EVER seen.’

Meanwhile, another added: ‘Honestly seems like they was playing a game on the Xbox and accidentally pressed the D pad to appeal,’ while another said: ‘Skipper won’t be asking his [Ahmed’s] opinion on reviews for a while.’

Others could not help but link it to the Ashes, where England are 3-0 down against Australia after a torrid series with the bat ahead of Tuesday night’s fourth Test in Sydney. 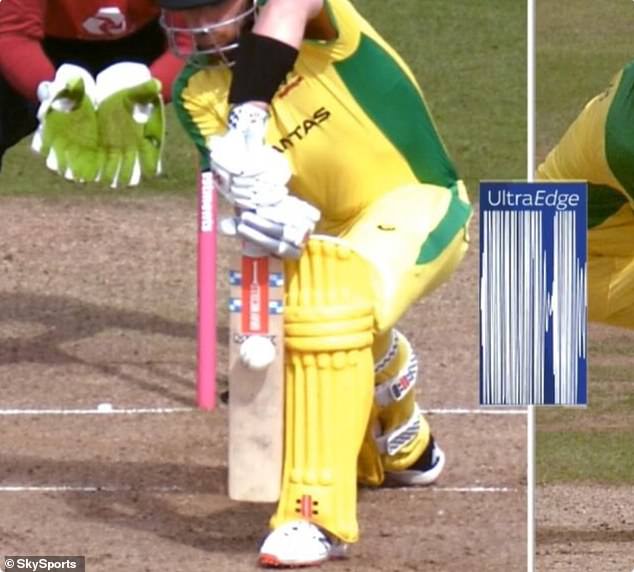 One said: ‘I thought the most inept cricket was taking place in Aussie. Perhaps not,’ while another added: ‘Yea class… but I don’t think we should be laughing at any team that can score 400 away from home right now.’

But amid all the embarrassment caused by the review, Bangladesh will go into the final day very much in the contest, with the hosts just 17 runs ahead and having lost half of their side.

Taylor – who remains not out on 37 – and Rachin Ravindra will resume for the hosts while Bangladesh will look to chase down a low score in the fourth innings after putting on a formidable 458 in their first attempt.

New Zealand have yet to lose a Test match against Bangladesh, having won 12 and drawn three in their 15 red-ball games against them.