England are out of the Women’s T20 World Cup after their semi-final against India was called off without a ball being bowled.

Heavy rain brought by Tropical Storm Esther caused a delay as the two sides waited to see if they would be able to take the field at the Sydney Cricket Ground, with organisers later deciding to abandon the match.

England were eliminated as the absence of a reserve day meant India progressed after topping Group A compared to England’s result as runners-up in Group B.

The result sees India qualify for the first time for the tournament’s final, where they will meet either Australia or South Africa. The latter will progress if the match is washed out.

Earlier, former England captain Charlotte Edwards said it would be “totally unfair” for rain to decide who progressed to the final.

She called for a review into the rule that allows group winners to go through in case of bad weather.

“England will be kicking themselves they didn’t top the group,” Edwards told Sky Sports News. “It’s going to be a disappointing day tomorrow for all involved.

“It has to be looked at in my opinion. This is a massive event for all of the players.” 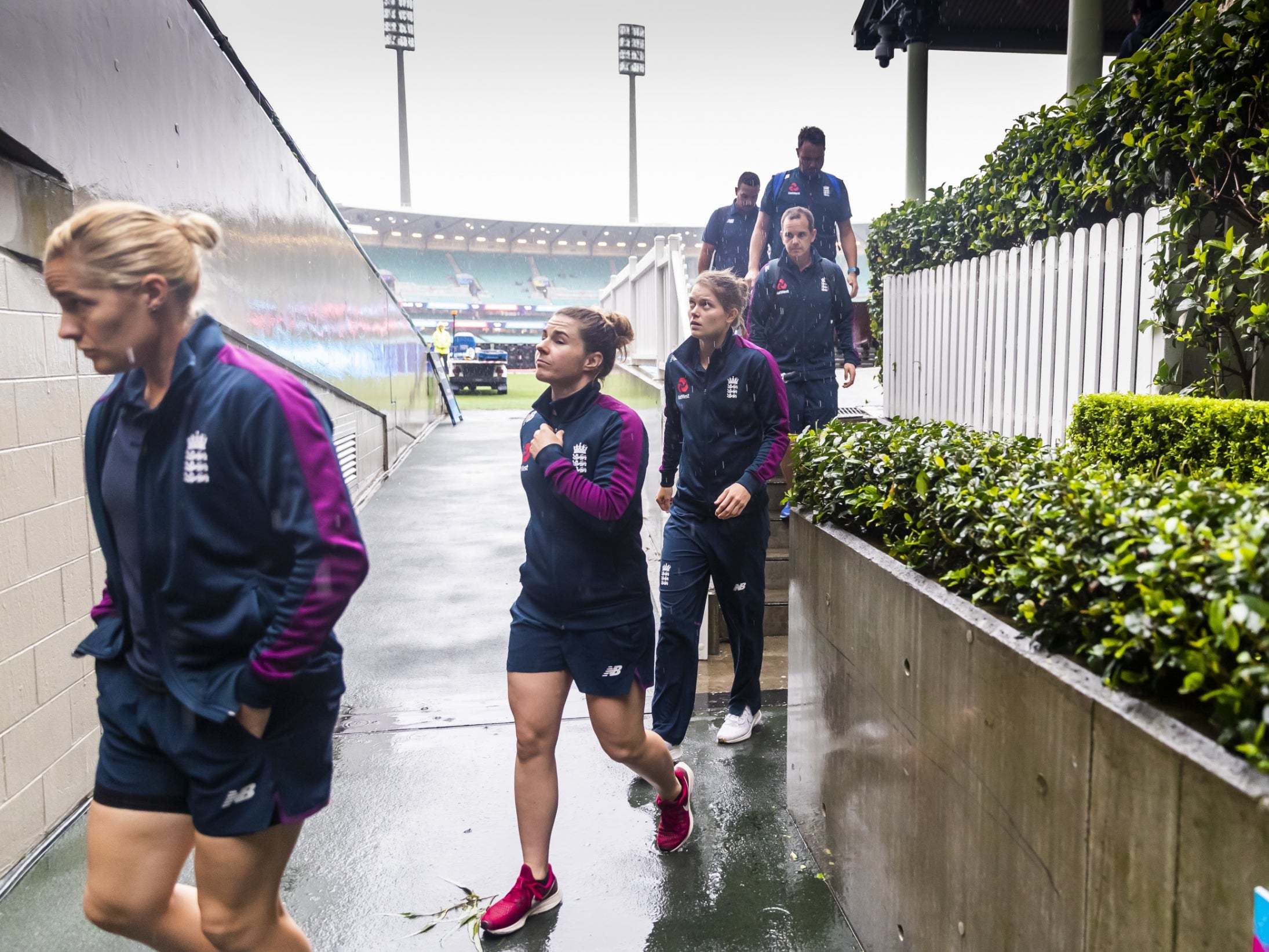 England captain Heather Knight rued the missed opportunity of guiding her country to a fifth Women’s T20 World Cup final after their last-four clash with India was washed out in Sydney.

Knight told Sky Sports: “There’s not a lot we can do I guess. It’s rained a lot and to not get the chance to fight to be in that final is very gutting.

“It is what it is, losing that first game against South Africa has cost us ultimately.

“Hopefully there will be a rule change and another side won’t have to go through this.”