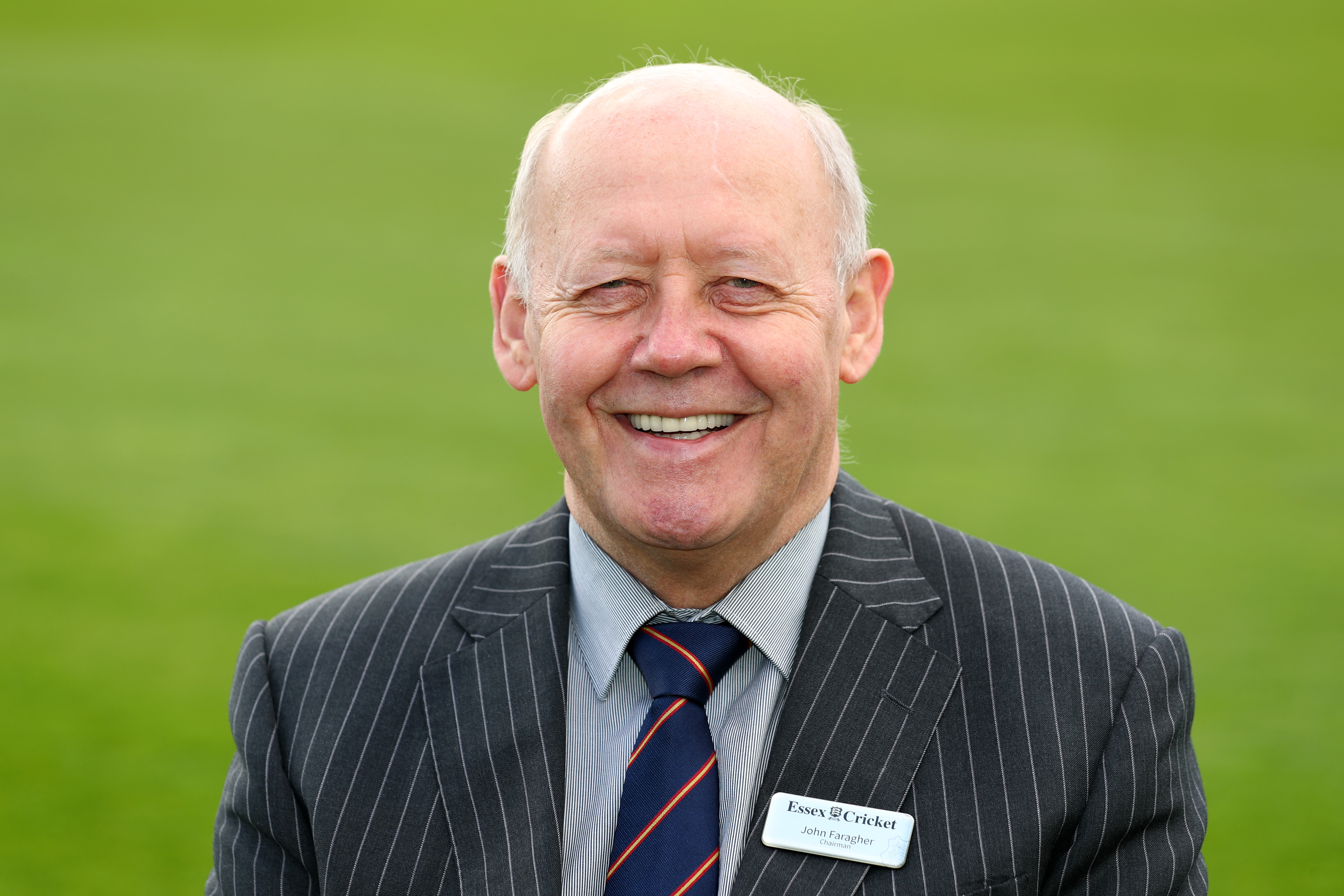 Essex County Cricket Club have confirmed chairman John Faragher has resigned from his position following a historic allegation of racist language used by him at a board meeting in 2017.

Faragher, who strongly denies the incident, met with board members on Thursday evening before making the decision to walk away from his post.

A club statement read: ‘John Faragher has resigned with immediate effect as Chair of Essex County Cricket Club following a historic allegation of racist language used by him at a Board Meeting in 2017.

‘Faragher stepped down following a meeting of the Board on Thursday evening. Essex County Cricket Club does not tolerate discrimination of any kind and will immediately consider further steps the Club must take.

‘Faragher strongly denies the incident, however the Club will review why it was not fully and independently investigated at the time.’

Newly-appointed Essex Cricket Chief Executive, John Stephenson, who only joined the club four weeks ago, insisted he will continue to’drive out any form of discrimination that is uncovered.’

‘There is no place for discrimination of any kind at Essex County Cricket Club,’ Stephenson said.

‘I was made aware of this single allegation on Thursday having joined the Club four weeks ago. The Board met last night [Thursday] during which John Faragher’s resignation was unanimously accepted by the Board.

‘We are committed to working with the England & Wales Cricket Board to eradicate discrimination from the game. This is an important first step, but the Club must now act further. Our internal reporting mechanisms will be reviewed to ensure that matters such as this are dealt with appropriately and immediately.

‘I intend for those next actions to be communicated as soon as possible.’

This is just the latest racism scandal to impact cricket in the space of a few weeks after a report found that former Yorkshire player Azeem Rafiq was the victim of ‘racial harassment and bullying’ at the club.