A leading ethicist has questioned the “perfect” standards of behaviour expected of sport leaders in light of former Australian cricket captain Tim Paine stepping down from the role due to a sexting incident from 2017 which was recently made public.

Dr Simon Longstaff from The Ethics Centre in Sydney said the incident which forced Paine’s resignation as Australian Test captain last week had raised serious questions about the standards expected of leaders on the sports field. While Paine stepped down from the captaincy after details of the incident were made public, he was investigated and cleared of code of conduct breaches by both Cricket Australia and Cricket Australia in 2018.

Longstaff was one of the lead authors of a report into CA’s culture released in late 2018, conducted after the Cape Town sandpaper scandal which saw former skipper Steve Smith, David Warner and Cameron Bancroft suspended and Paine elevated to the captaincy.

“I think it is hard to say that ethical perfection is required for such a role,” he said. “I think it’s a serious question we have as to how we calibrate what our expectations are.

“At the moment in the political game, the political class are basically unaccountable for anything other than a strict violation of criminal law. They don’t hold themselves to the normal standards of society while insisting that everyone else does.”

Longstaff said it would have been better for CA and Paine to have publicly disclosed the sexting scandal at the time it was raised and investigated in 2018. He had no ethical alternative other than to stand down “for the sake of his team” last week, but “it should never have come to that point”. 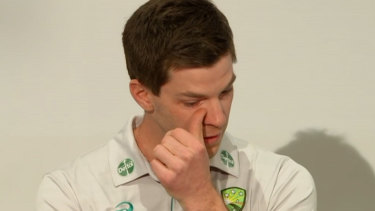 An alternative to dealing with the incident behind closed doors, which then allowed it to blow up in the public domain more than four years later, was to have publicly disclosed the investigation that cleared Paine of breaching the Cricket Australia code of conduct in 2018. Paine could have expressed his remorse at the time, having made peace with his family.

“I think he would have survived it,” Longstaff said.

Cricket Australia could have said it had investigated the incident and although it condemned Paine’s behaviour, the action he had taken since allowed him to continue in the captaincy.

“At that point there would have been a big explosion and lots of debate, but I think given the facts of the case, he probably would have continued on,” Longstaff said. “He would have been able to express remorse and that could have been judged in the context of the fact that the incident had come to light at a critical moment when he was fully captain.

“But now when it blows up, none of that occurred and the issue is not just, ‘is he an appropriate person to be captain because of the nature of things he did in the past?’. The ethical question for him now is can he continue as captain when he knows he is doing damage to the team he leads.

“His decision to step down then became the appropriate thing to do to avoid damaging his team.”

Longstaff said a presumption of privacy would not apply to a cricket captain’s role, particularly after Paine was installed as a “clean skin” to rebuild Cricket Australia’s reputation after the South African ball-tampering scandal.

“The Australian captain of the cricket team after the scandals in South Africa was presented to the world as a person with a special kind of rectitude to bear,” he said. 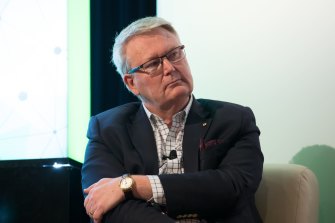 “In that context I would have said that part of a mature society is it accepts people can make mistakes, can be remorseful and reform. But it is that that public narrative that builds confidence.”

Rodney Cavalier, a former chairman of the Sydney Cricket Ground Trust and a former NSW Labor minister described Paine as Australia’s best captain since Steven Waugh and made the point that everything Cricket Australia knows now was known in 2018 to 2019. He considered its decision to condemn Paine’s conduct now after it had cleared him in 2018 was disingenuous.

“Why did it become so pious all of a sudden?” Cavalier said.“Why should they be pious at all?”

“The Australian colonies and the nation resulting were built on redemption. A previous mistake didn’t condemn you for life. I would have thought Paine’s performance on the field and off the field since 2018 are redemption in full.”