England’s thrilling five-wicket win in the T20 World Cup final over Pakistan was hailed by some of the country’s finest sportspeople on Twitter.

Ben Stokes was integral in leading them to victory at the MCG in Australia, scoring an unbeaten 52 as England worked their way past Pakistan’s 137 for eight with six balls to spare.

It follows on from England’s dramatic one-day final victory at Lord’s back in the summer of 2019 – meaning the men now hold both world titles in shortened formats of the game. 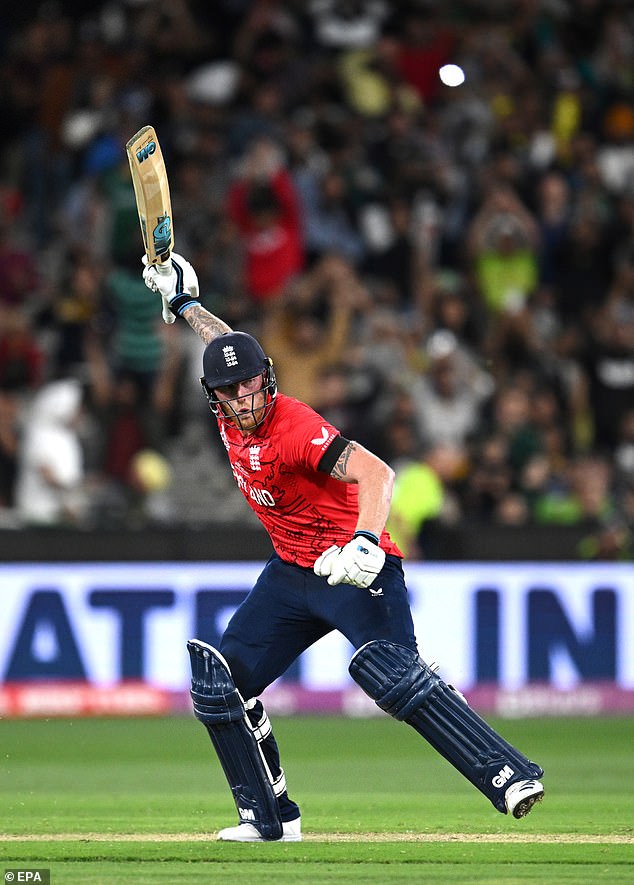 Former England cricketing great Michael Vaughan was quick to laud the performance of Stokes, particularly as the pressure was upon him to deliver in the later stages of the match.

Vaughan wrote: ‘England are the best white ball team in the world. They have an incredible group of players, thoroughly deserve to now hold both white ball WCs .. In Ben Stokes they have a player who just knows how to win the big moments .. Great teams need Great individuals.. England have plenty.’ 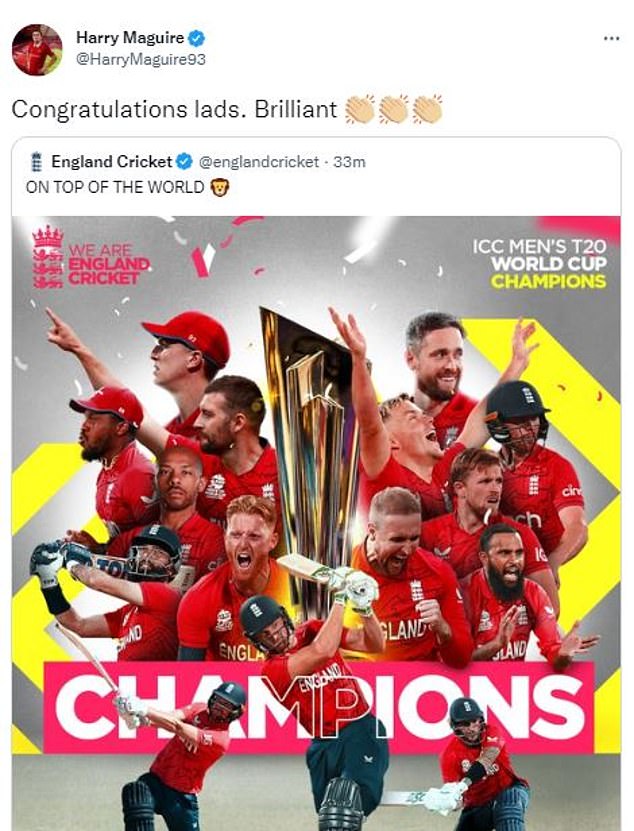 Gary Lineker, the former England footballer and passionate cricket fan, tweeted: ‘Yesssss! @englandcricket have won the #T20WorldCupFinal. What a team. What a performance. Fabulous!’

South African ex-player AB de Villiers added: ‘Well done England! Undoubtedly the best team in the tourney’, alongside emojis of clapping hands to applaud their success throughout the rain-affected competition.

England finished second in their group at the Super 12 stage, then overcame India in the semi-final earlier this week, before winning the final in Melbourne to earn their second T20 World title, their first since 2010.

The 2024 edition of the tournament will be held in the West Indies and the USA. 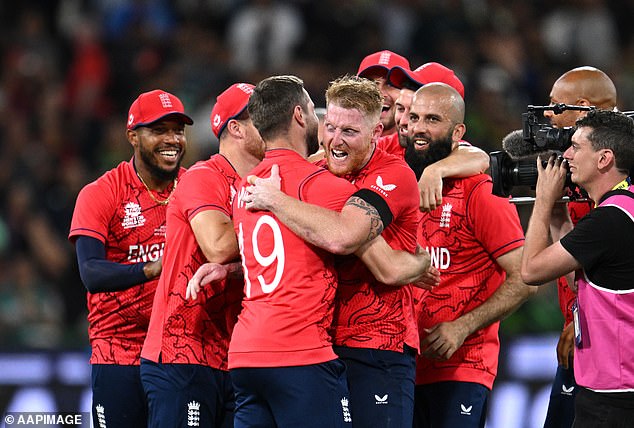