Gloucestershire have apologised ‘unreservedly’ to former England fast bowler David ‘Syd’ Lawrence after he told Sky Sports’ You Guys Are History documentary of racist abuse he suffered during his time at the club.

The 57-year-old, who won five Test caps for England before breaking his knee cap at Wellington in 1992, played for Gloucestershire throughout the 1980s, before a brief comeback in the late 1990s.

He told the documentary: ‘I remember my first away game for Gloucestershire. Somebody knocks on my door in the evening and one of my team-mates leaves a banana skin there. 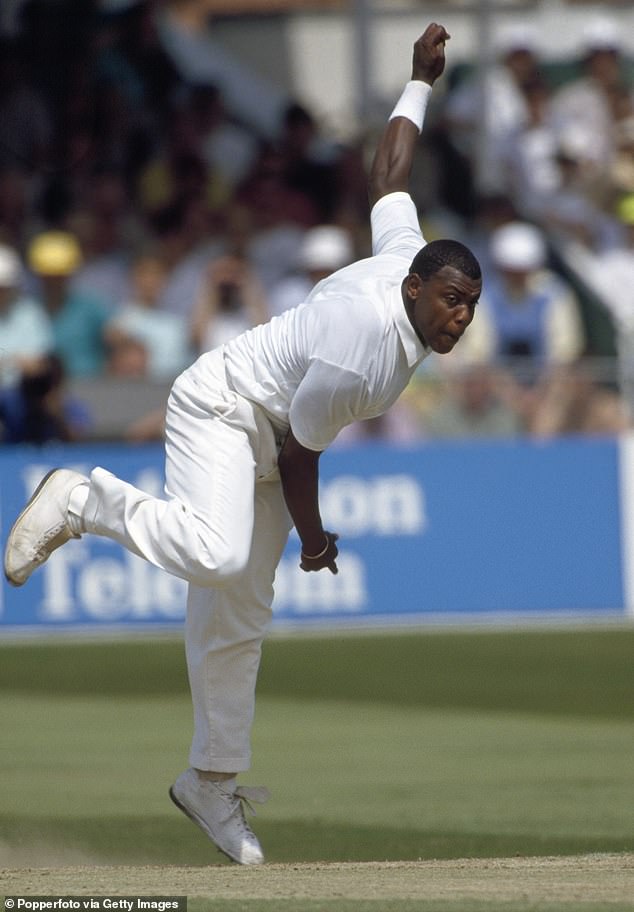 ‘Subsequently, I have to play with that person for the next 13 or 14 years. When that happened to me I said, “I am going to be harder, tougher than ever. No one is ever going to push me around”.’

Lawrence, who took 477 first-class wickets for the county in 170 matches, was contacted by club officials after the documentary aired, and he told them of another incident when he was racially abused by the crowd at an away fixture, an allegation that was never investigated by Gloucestershire.

A club statement said: ‘The behaviour and attitudes David experienced were as unacceptable then as they are today. The club wishes to apologise unreservedly to David for all the hurt he has experienced. The club would also like to apologise to any player or employee who may have experienced similar prejudices at Gloucestershire.’ 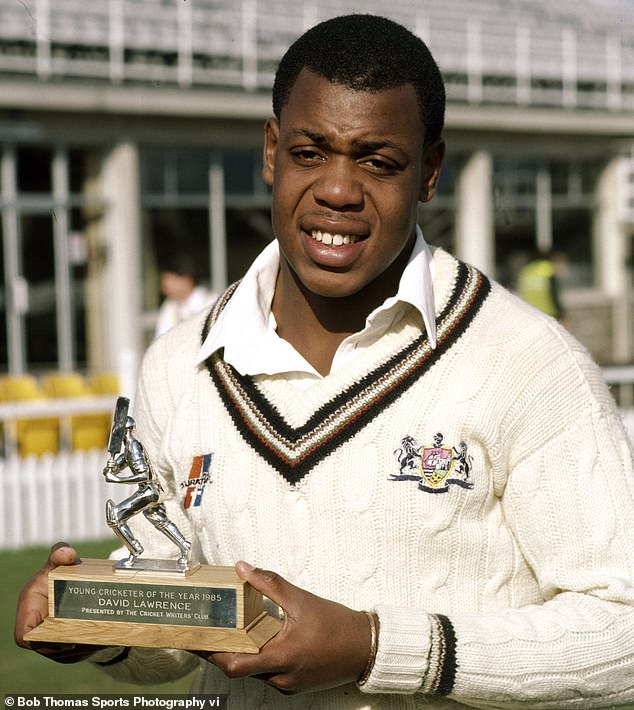 Lawrence, pictured here in 1985, took 477 first-class wickets for the county in 170 matches