Rachael Haynes has become the first member of Australia’s golden generation to retire from international cricket, ending her decorated career with a Commonwealth Games gold medal.

Haynes ended months of speculation around her future on Thursday, calling time on a 13-year international career that included 167 games across all formats. 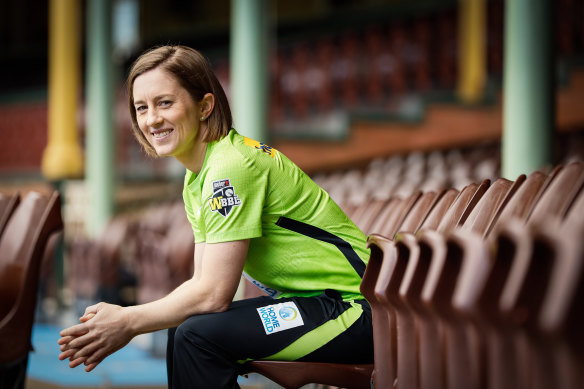 The 35-year-old has also retired from domestic one-day cricket, but will commit to this summer’s WBBL with the Sydney Thunder before ceasing to play entirely.

Haynes’ retirement leaves Cricket Australia with another potential captaincy decision to make, as she has been skipper Meg Lanning’s deputy for the past five years.

Lanning has taken an indefinite break from cricket for personal reasons, and is not guaranteed to return before Australia’s next match in India in December.

Alyssa Healy would be the most likely candidate to fill the role if required, after serving as Lanning’s deputy for part of last summer when Haynes was injured.

One of the world’s best top-order batters, Haynes enjoyed a career split in two after she was forced to fight her way back into the team following the loss in the 2013 Ashes.

She had to wait until 2017 to be recalled, taking over as captain almost immediately in that year’s one-day World Cup.

The left-hander scored more than half of her 3818 career runs from that point, averaging 41.25 since her return to the side in all formats.

“One of the great things about having a long career is watching those around you develop,” Haynes said in a statement.

“I’m extremely proud of the way this team has brought players in and nurtured their development.

“The ability to help players transition smoothly has been instrumental to our team’s success.

“To be a leader within this environment has been the greatest privilege of my career.” 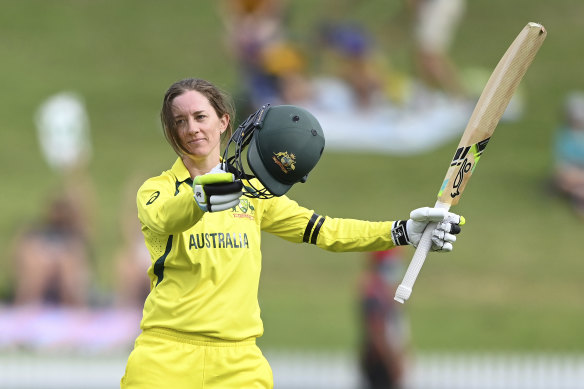 Her retirement follows coach Matthew Mott’s decision to walk away from the all-conquering Australian side earlier this year to take up the job as England’s men’s white-ball coach.

In turn, she becomes the first member of the team to quit the international game since Alex Blackwell in early 2018.

Australia’s selectors have long set their eyes on succession planning, with Lanning (30), Healy (32) and Ellyse Perry (31) having all been part of the team for more than 12 years.