After losing the toss, England were asked to defend a total for the first time in the tournament in a game where a win will all but book a semi-final place, but they lurched to 35 for three in the powerplay under lights in Sharjah.

Simply finding the middle of the bat seemed a challenge as England struggled to 47 for three at halfway but Buttler, on 35 after 38 balls, and Eoin Morgan remained calm before exploding in the second half of the innings.

The pair put on 112 for the fourth wicket, Morgan going from nine off 20 balls to 40 off 36 before being cleaned up by Wanindu Hasaranga, who took an outstanding three for 21, but this was the Buttler show. 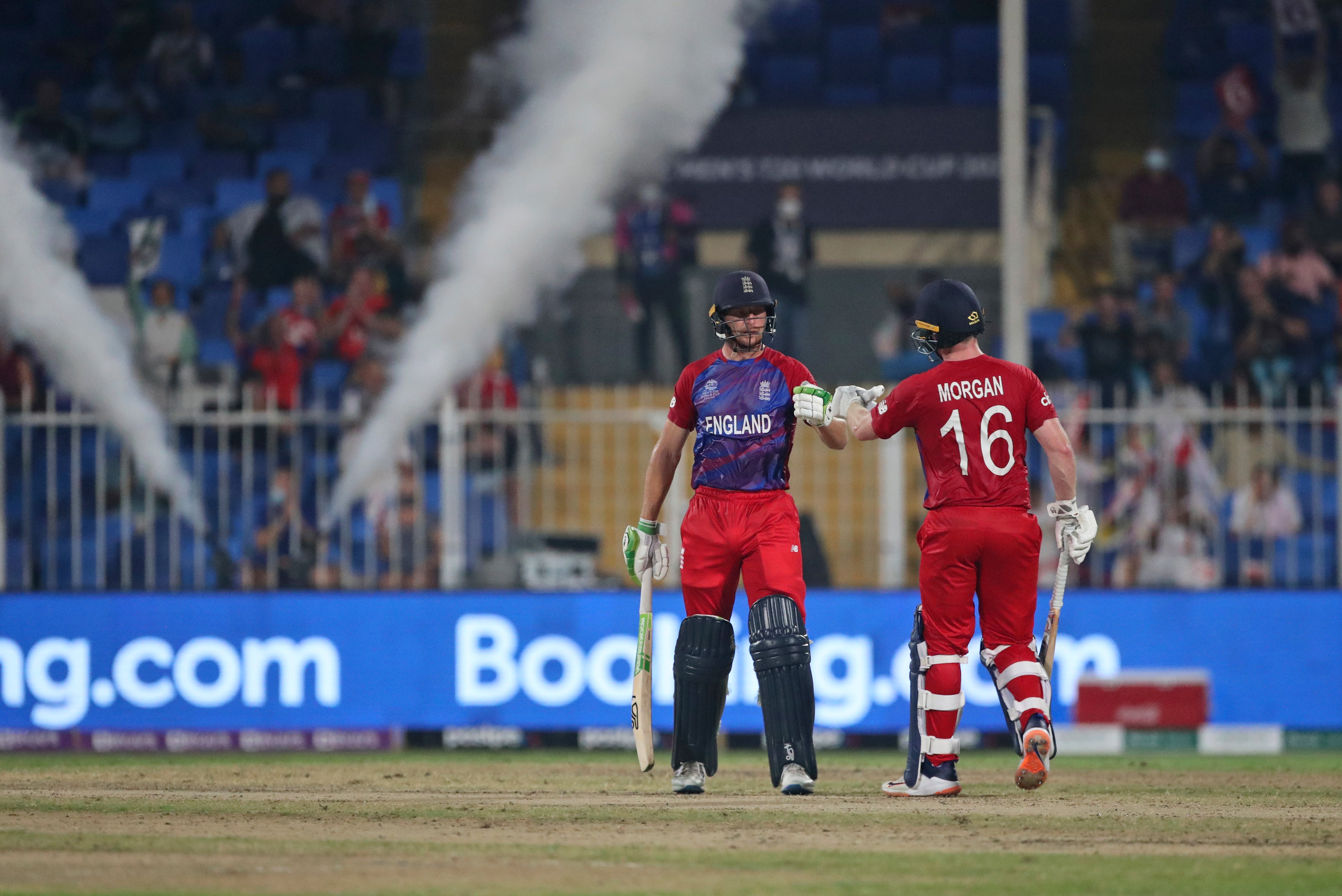 Having thrashed 71 not out off 32 balls in the eight-wicket win against Australia at the weekend, he had to change his tempo on a sticky Monday night but once he was set he exploded into gear.

His second fifty used up just 22 balls, with Buttler finishing on 101 not out from 67 deliveries after bludgeoning the last ball of the innings off Dushmantha Chameera high over midwicket for his sixth six, to go with six fours.

Buttler became the third England batter to register a T20 hundred – joining Alex Hales and Dawid Malan in a very exclusive club – and the first male from his country to get to three figures in every international format.