Adayar and Hurricane Lane were both reported to be in top form as Charlie Appleby looks to future plans for his Derby-winning colts.

Adayar struck gold at Epsom, while his stablemate claimed the Irish equivalent – and could have the final Classic of the year at Doncaster as his next engagement.

For Adayar, it will be the King George VI And Queen Elizabeth Qipco Stakes at Ascot next.

Appleby said: “Touch wood, all is well – they’re (both) in great form.

“Adayar worked on Saturday and is building up towards the King George. He’s done very well for his break, he put a nice bit of condition on, so it’s time to start taking a bit back off again. I couldn’t be any happier with him. 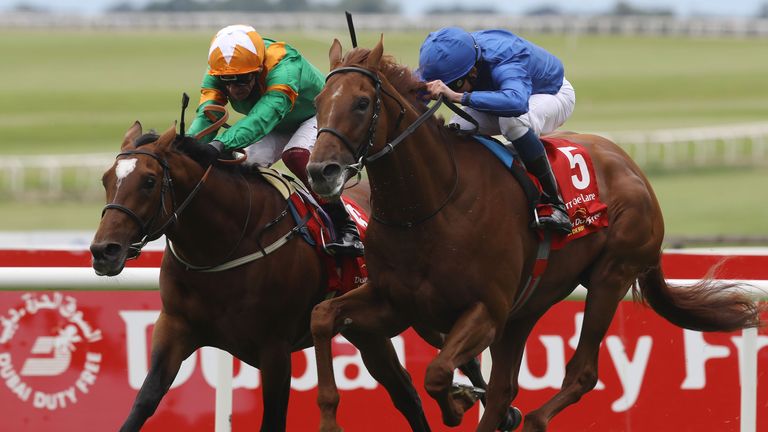 “We’ll potentially go straight to the St Leger with him.”

“We were always confident with the three-year-olds. We didn’t have a Group One-winning two-year-old last year, but we always felt with the pedigrees that they’d come into their own as three-year-olds – and they’ve not let us down.

“To have two Derby winners with two different horses is very unusual for our stable. It’s great for the team, His Highness Sheikh Mohammed and Godolphin.

“Like in any sport, when you have good players around you, it makes the yard tick away nicely.”