William Muir is delighted with Pyledriver’s preparation for this month’s King George VI And Queen Elizabeth Qipco Stakes at Ascot.

Muir, who trains the four-year-old alongside Chris Grassick, reports the stable star to have done everything right since winning his epic battle with Al Aasy in the Coronation Cup at Epsom.

Pyledriver dug deep at Epsom last month to get the verdict by a neck and win his first Group One race.

“He’s in really good shape. He’s done everything we’ve asked of him,” said his Lambourn trainer.

“He’s never missed a beat – so a fortnight Saturday he goes to Ascot for the King George.”

Pyledriver was beaten on his first run this season by Sir Ron Priestley, in the Jockey Club Stakes at Newmarket, but that form was boosted on Thursday after Mark Johnston’s five-year-old won again, beating Al Aasy in a thrilling Princess of Wales’s Tattersalls Stakes.

Ascot next for Derby hero Adayar 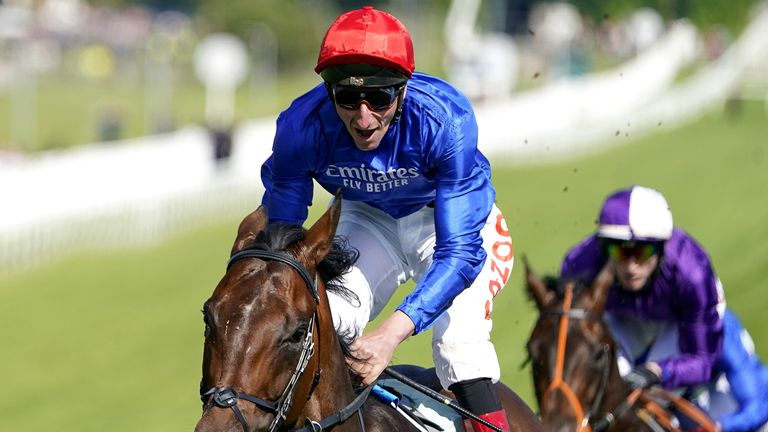 Adayar and Hurricane Lane were both reported to be in top form as Charlie Appleby looks to future plans for his Derby-winning colts.

Adayar struck gold at Epsom, while his stablemate claimed the Irish equivalent – and could have the final Classic of the year at Doncaster as his next engagement.

For Adayar, it will be the King George VI And Queen Elizabeth Qipco Stakes at Ascot next.

Appleby said: “Touch wood, all is well – they’re (both) in great form.

“Adayar worked on Saturday and is building up towards the King George. He’s done very well for his break, he put a nice bit of condition on, so it’s time to start taking a bit back off again. I couldn’t be any happier with him.

“We’ll potentially go straight to the St Leger with him.”