Rarely can there have been anything quite like this. Not in the 131-year history of the County Championship. And probably not in any format introduced since in cricket’s perennial desperation to appeal to a modern audience. This was sublime, unbeatable sporting drama.

The bare facts are that Lancashire stand on the brink of a famous Championship triumph after ending Hampshire’s title hopes and piling the pressure on Warwickshire to somehow force victory on Friday against a defiant Somerset at Edgbaston.

But this was so much more than that. It was so nearly an incredible win for Hampshire with Mason Crane, the leg-spinner England discarded after a chastening Test debut, bowling them to within a whisker of the title when all hope appeared to have gone. 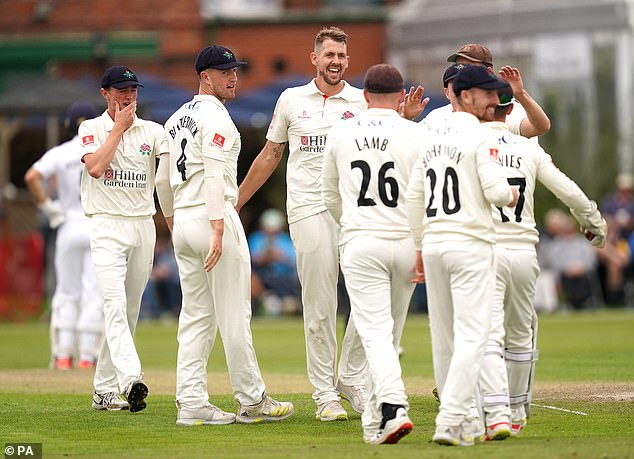 Yet it was ultimately Lancashire’s day and in all probability their Championship when Dane Vilas, dropped before he had scored by substitute keeper Lewis McManus, hit the winning runs with just one wicket remaining in a low-scoring thriller at this county out-post.

Lancashire so nearly threw it away, crashing from 177 for five in pursuit of 196 in a see-saw three-day contest to 194 for nine when Crane took his fifth wicket to send back Jack Blatherwick just after running out Tom Bailey with a direct hit.

At that stage even the prospect of a tie which would have brought Nottinghamshire, whose chances in this four-county last round contest seemed to have been extinguished on Wednesday, was very much back in the equation.

Rarely can there have been anything like this. Not in the 131-year history of the Championship 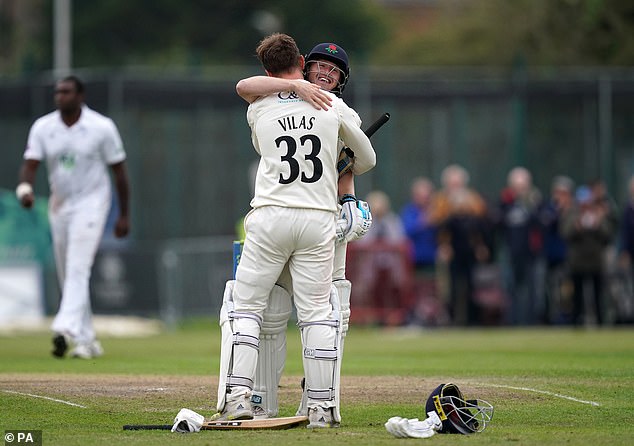 As a result, they are on the brink of claiming their first County Championship crown in 10 years

But, with two still needed after last-man Matt Parkinson had kept out two balls from his fellow leg-spinner, Lancashire captain Vilas swept Liam Dawson to the boundary.

Cue roars from a Liverpool crowd who had been loudly acclaiming every run and joyous celebrations from Lancashire and their supporters that could not have been bettered even if the title had already been won.

‘I was so focused on making sure we got the victory because I knew how much it meant to the players watching upstairs,’ said Vilas, who finished unbeaten on 47. ‘If I’d been in the same position as them I’d have been chewing my nails off.

‘To put ourselves in a position where we could win the Championship is massive and you don’t get these opportunities often. I’m honoured and privileged I could get us over the line.’ 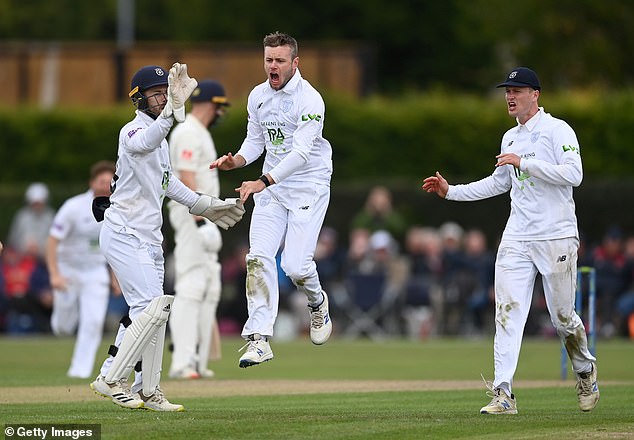 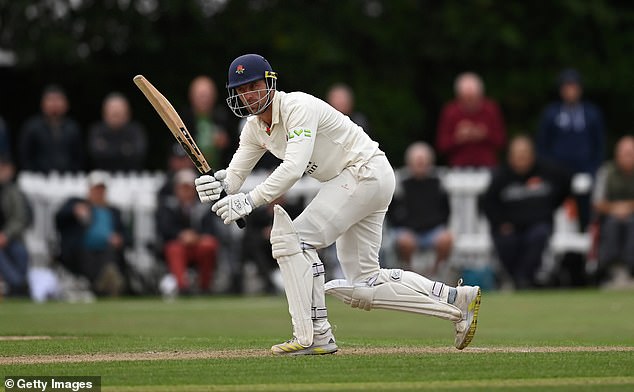 How cruel this was on Hampshire who this time last week were pursuing a T20 Blast and Championship double but have ended up empty-handed. But they had their chances to have wrapped it up without recourse to events at Edgbaston on Friday.

Poor McManus, who was deputising for the injured Tom Alsop behind the stumps, also stood static when George Balderson edged a cut between him and first slip James Vince. And Alex Davies, who had got Lancashire off to a flying start ahead of his departure to Warwickshire after Bailey had wrapped up the Hampshire innings, was badly dropped by Brad Wheal.

But it was perhaps the late introduction of Crane, who has battled back from that Test debut in Sydney three years ago when he took one for 193 against Australia, until the 36th over of the Lancashire innings that proved most costly. 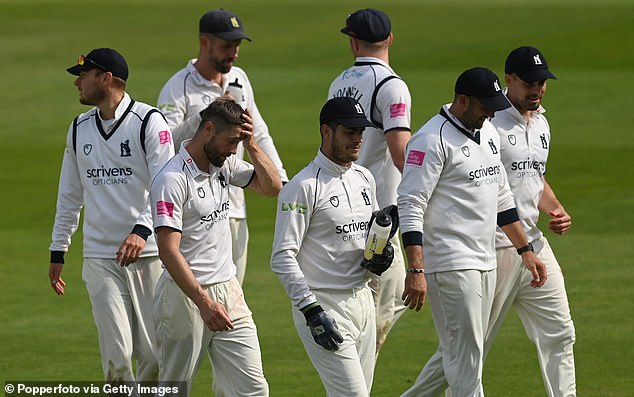 Hpwever, Warwickshire could snatch the title with victory over Somerset on day four

He took the wicket of Josh Bohannon with his third ball and ended up with five for 41 before running out of time to claim a decisive sixth wicket. ‘This really hurts,’ said Crane. ‘It can be a cruel game at times. We were a couple of inches away from winning the Championship and that’s tough to take at the minute.’

Now Lancashire will anxiously follow the progress of Warwickshire, who have much to do to win and deny the Red Rose county their first title since the triumph 10 years ago when they spent their whole home season so productively in Liverpool.

Aigburth has proved the happiest of hunting grounds, with Old Trafford unavailable this week because of a concert by the Courteeners, for them again.