Even the technology is against England! No-ball fiasco denies Ben Stokes the vital wicket of David Warner, who went on to make a big score on the second day of the Ashes

England bowling coach Jon Lewis expressed sympathy for Ben Stokes after the all-rounder was denied the wicket of David Warner because of a no-ball he felt could have been avoided.

Stokes, who sent down only four overs after lunch on the second day of the first Ashes Test in Brisbane after hurting his left knee in the field, had bowled Warner on 17 with his fourth ball — only for replays to show he had overstepped the line.

It later transpired that each of his first three deliveries had been illegal too, but faulty technology meant the third umpire was only checking the front foot after wicket-taking deliveries. 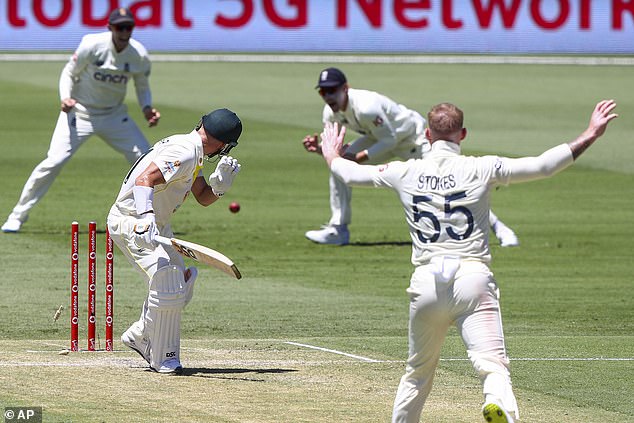 In all, Stokes was reckoned to have bowled 14 no-balls in the five overs he sent down before lunch, but only one was called by the standing umpire.

‘A fast bowler needs some understanding of where his feet are,’ said Lewis.

‘You can’t see your own feet. That was Ben’s first bowl on this ground for eight years, so he needs some feedback from the umpires to see where his feet are, and then make an adjustment. 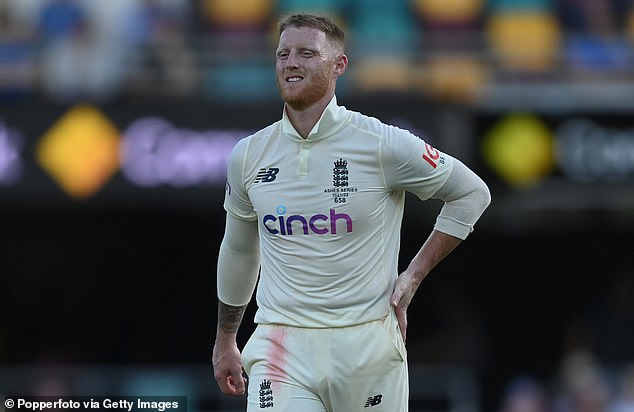 It was pulled back for a no-ball, with faulty technology not picking up no-balls meaning umpires were only checking wicket-taking deliveries such as the one which dismissed Warner

Asked about Stokes’s injury, which limited him to nine expensive overs on the second day, Lewis added: ‘Ben didn’t bowl full pace at the back end of the day and he will be looked at to see how he is.

‘I don’t know if he will be able to bowl his full allocation.’ 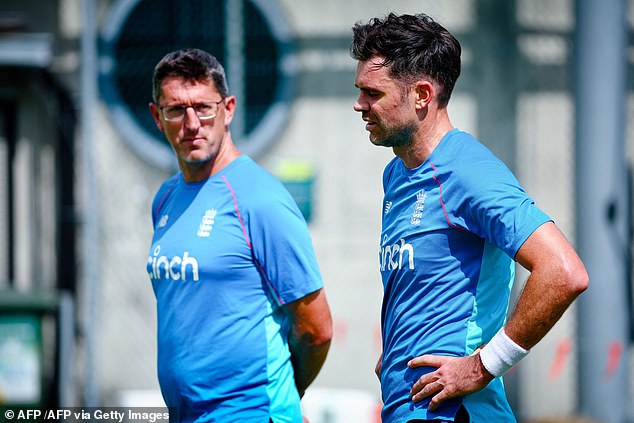 Meanwhile, Ollie Robinson — who picked up three important wickets on his Ashes debut — left the field in the final session, but insisted it was for ‘strapping and maintenance’. ‘I’ve not really played anywhere like this before,’ said Robinson.

‘The closest place would be Headingley. It’s nice to have bounce as a big guy and get that extra carry. It definitely helped having spent some time in Australia before because it meant I could come over here and learn to bowl with the Kookaburra ball.

‘I was consistent and had a lot of plays and misses. I sort of felt like I was going to get Warner out every over. He left well at times but there were times I thought he was going to nick it.’