A maximum of half a dozen overseas trained challengers could line up for the Melbourne Cup this year, headed by last year’s victor, the Lloyd Williams owned Twilight Payment and his Joseph O’Brien-trained stablemate Master of Reality, a former Cup placegetter.

The stricter veterinary tests now required to gain entry to the race have ensured the numbers of foreign-based Cup first acceptors are down on previous years as European owners and trainers are now much less likely to commit to a costly Australian raid lest they fail the stringent equine welfare provisions.

As recently as 2018, for example, there were 22 overseas-trained first acceptors for Australia’s greatest race, which this year carries a purse of $8 million. Last year, even with COVID-19, there were 12.

Racing Victoria, recoiling at the public backlash after a string of high-profile deaths in the Cup, introduced tougher checks to try to ensure there are no fatalities. They have acknowledged that will affect the numbers of offshore raiders in the future.

In addition to Twilight Payment and Master of Reality there are quality foreign entries such as Gold Trip and Sir Lucan. They are currently trained overseas but who will be prepared for the Cup by Ciaron Maher and David Eustace and at the Sydney of Gai Waterhouse and Adrian Bott respectively when they land in Australia. These are counted as local entries as a result. 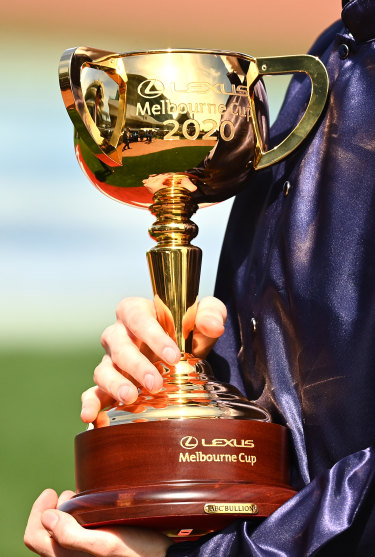 Andrew Balding, a frequent visitor to Australia, has entered Spanish Mission, while David Simcock, a Newmarket-based trainer, has accepted with the Australian owned Rodrigo Diaz. Away He Goes, from the Newmarket yard of Ismail Mohammed and Irish trained Sonnyboyliston, from The Curragh stable of Johnny Murtagh, make up the overseas entries.

Spanish Mission has some excellent form to his name this year, having finished third to Subjectivist in the Ascot Gold Cup in June and a narrow second to champion stayer Stradivarius in the Lonsdale Cup at York last month. He also won the Yorkshire Cup earlier in the season.

Away He Goes belied his big odds when running second to Trueshan in the Goodwood Cup before running unplaced behind Sonnyboyliston in The Ebor Handicap at York. Rodrigo Diaz is an improving staying handicapper who was placed at group 3 level last time out.

The main local defence may fall to Chris Waller, who has 13 entries bidding to give him his first-ever Cup winner.

They are headed by last year’s Caulfield Cup winner Verry Elleegant, who was a running on seventh in last year’s Melbourne Cup, the Queensland Derby winner Kukeracha and dual Group 1 winner Hungry Heart.

The 2019 Cup winner Vow And Declare is one of five from the Danny O’Brien team while former AFL premiership coach turned racehorse trainer Denis Pagan is still daring to dream of Cup success with his VRC Derby winner Johnny Get Angry amongst the entries. 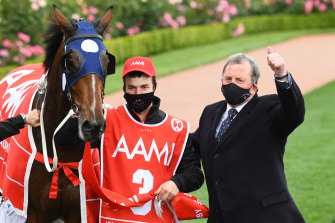 Realm of Flowers, who is a guaranteed starter thanks to her win in May’s Andrew Ramsden, will be one of the main local defenders along with Cup favourite Incentivise and leading Victorian country hope Tralee Rose.

A total of 109 horses remain in the Caulfield Cup, the world’s richest 2400 metre turf handicap, at Caulfield on Saturday, 16 October while the first acceptances for the Cox Plate, run a week later, total 79 horses including Joseph O’Brien’s State of Rest as the sole foreign challenger.

Verry Elleegant is entered for these two as well as the Melbourne Cup, while Sir Dragonet, last year’s Plate winner, will be back to defend his crown at The Valley.

All have to contend with the current favourite Zaaki, the former English trained import, who tightened in the betting for the Plate after his excellent return to action in the Tramway Handicap in Sydney last weekend

“We’ve already seen key Cup hopes such as Verry Elleegant and Realm of Flowers show they are in for a big spring. The international interest remains strong and the Irish St Leger on Sunday 12 September will be an important race to watch with Cup hopefuls such as Sonnyboyliston, Master of Reality and Twilight Payment expected to run.”