Trueshan heads the weights for the William Hill Northumberland Plate at Newcastle on Saturday.

The torrential downpours that hit Royal Ascot on Friday came 24 hours too late for the Alan King-trained stayer and his Gold Cup bid, with the British Champions Day winner withdrawn from his clash with Stradivarius and company due to unsuitably quick ground.

King’s charge boasts a rating of 118, which means he will have to shoulder 10st 4lb if he lines up at Gosforth Park, although 5lb claimer Rhys Clutterbuck has been provisionally booked to ride.

Mildenberger is next in the weights and is one of eight still in contention for Mark Johnston, with a total of 61 horses standing their ground. 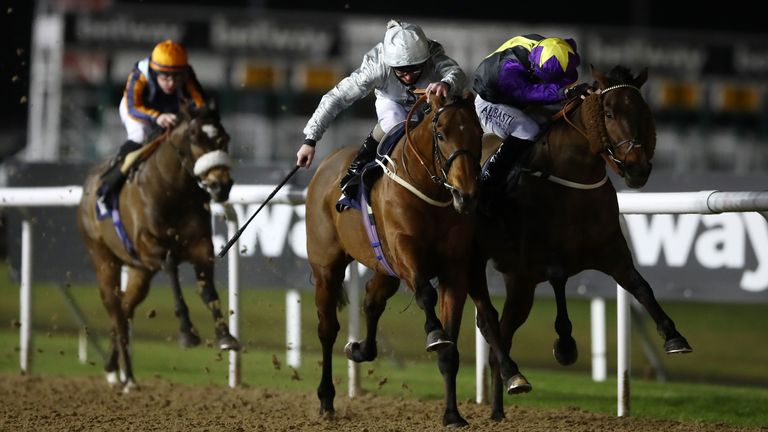 Mildenberger has not run since contesting the richly-endowed Red Sea Turf Handicap in Saudi Arabia back in February, while the likes of Themaxwecan, Hochfeld and Rochester House all ran at Ascot last week.

Sir Mark Prescott’s Longsider is among the leading ante-post fancies, although he needs a number of runners to come out to make the field, along with William Haggas’ Dancing King, who ran in the Queen’s Vase last week, and Dubious Affair from Charlie Fellowes’ yard, with that one having been touched off by just a head in the Copper Horse Stakes at the Royal meeting.

Fellowes has three others still in the two-mile feature, with Ascot Stakes winner Reshoun heading eight for Ian Williams. Those horses eliminated will be given the chance to run in the consolation Vase over the same course and distance.

Recent Salisbury winner Opera Gift, the Roger Varian-trained pair of Zeeband and Australis are also prominent in the betting.