One of Australia’s most prominent owners says too many stallions are being prematurely retired from racing.

Rupert Legh, owner of Exceedance, Brutal and Australian Guineas contender Alabama Express among others, said any deal to sign his horses to stud would include a clause that they must continue racing beyond their three-year-old career. 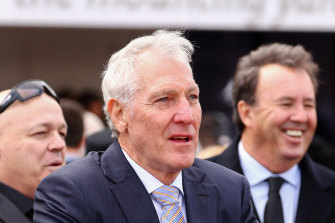 Alabama Express, who will don Legh’s famous blue silks with the gold lightning bolt in Saturday’s group 1 at Flemington, will stand at Yulong in Nagambie post-career after the stud farm bought a significant share in the three-year-old this week.

But Legh, who tried numerous times to keep champion Chautauqua's career alive, said Alabama Express would not be rushed out of racing.

"I don’t want to see these horses retired early," he said.

"I want to see what Lonhro did and Octagonal and those great horses and give something back to the industry and stop retiring these horses too.

"I’d like to see Exceedance run onto a four-year-old career as well.

"They’re not even achieving what they should be achieving. They’re still learning and still improving so you want to see what level they can get to.

"This is where the racing industry is being robbed from all these good young horses retiring too early."

Legh invests heavily in racing each year. The process usually involves Legh highlighting pedigrees in a catalogue before his trainers create a shortlist. 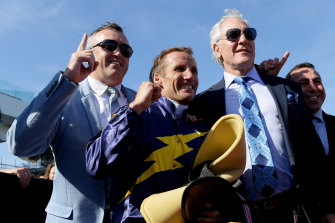 Then the bidding begins. Legh said group 1 winner Exceedance, a $180,000 yearling at Inglis Easter in 2018, was one of his cheapest buys.

"I have input yes, going through the pedigrees and ticking off what I want to buy, but 80-90 per cent [of the credit] should go to the trainers and their support people," he said.

Compiling the ownership group in each horse adds to the fun.

"I couldn’t imagine owning a horse, winning a big race and owning it yourself," he said.

"You look at all the boys that came into that horse on Saturday, Aktau.

"A lot of my mates are at the Vermont footy club and they would not normally be able to buy a share in one of these international horses because of the cost, but if you can offer them 10 per cent and they can have a little bit each, nothing gives you more of a kick than seeing that winner’s room with people who would not normally be able to get into those sorts of horses.

"That gives me enormous fun to look at the joy that getting these people into these horses bring."

Champions like Chautauqua and Santa Ana Lane have provided Legh with many thrills, but it’s an elusive Cox Plate which remains high on Legh’s bucket list. 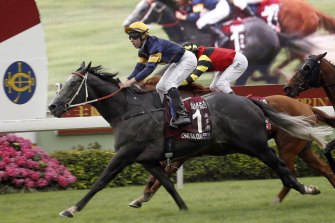 Chautauqua, with Tommy Berry in the saddle, claims the Chairman’s Sprint prize.

It’s a race he hopes he can win, maybe even this year, with the talented Master Of Wine.

"[But] you know how good John is at managing his horses. You only have to see what he did with Brutal last year to get him into the Doncaster with a light weight.

"We’re in a very good position and we don’t take it for granted. At the end of the day, you don’t have anyone better than John Hawkes programming horses for ultimate goals."

The All-Star Mile is also on Legh’s radar, should Alabama Express earn a wildcard following Saturday’s Australian Guineas – a race he won with Grunt in 2018. 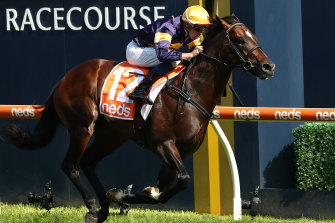 "[But] I want the horse to be put in because he’s the right horse to go into the race," he said.

"If the committee feel he’s the right horse to go into it then I want to be a horse going into it that’s got every chance of winning it.

"All I know is [on Saturday] we’ve got a very fit horse that’s going to get a strong mile and I think he’ll be extremely competitive."