Even climate change, a factor for racing in recent weeks, can’t take the enthusiasm away from today’s Chipping Norton Stakes at Royal Randwick and Flemington’s Australian Guineas. 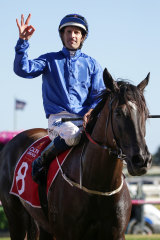 With the infusion of New Zealanders – Te Akau Shark , favourite in the Chipping Norton  and Catalyst, also favourite, in the Australian Guineas – both are very strong chapters in the group 1 events.

After Winx, with the assistance of Hugh Bowman, monopolised the Chipping Norton for the last four episodes, today is as open as any weight-for-age event can get in a 14-horse field. There are at least four strong chances in the 1600m clash, where saddle expertise, not that wretched bleat “luck in running”, will be paramount.

Great jockeys win at the elite level, which points to Bowman, who has three other wins in the race to go with the Winx four,  having strong prospects on Avilius.

Down south, the three-year-old classic only has eight acceptors but, following the two-horse war between Alligator Blood and Catalyst last start, which has been compared with the Cox Plate clash of Bonecrusher and Our Waverley Star, another demanding struggle is anticipated. There are other top hopes, including Chenier, which was a victim of the Sydney wet when his campaign was aborted due to the extreme conditions and returned to the Melbourne heat.

Alas, in recent weeks at Caulfield the ground has been too dry. This, along with the wind, contributed to a savage up-front bias last Saturday. Now, track bias has been a blight on the turf for decades, but extremes have taken a toll in recent weeks on field sizes and attendances in Sydney. Three races at Rosehill last Saturday had fewer than  eight starters. 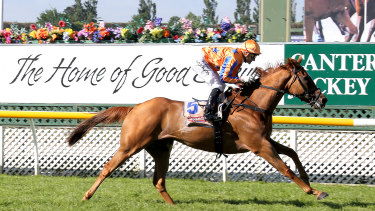 At least Rosehill was spirited following the previous Randwick meeting, where the first sprouts of autumn racing are usually productive yet the crowd was too few to mention. Brett Devine, the Australian Turf spokesman, reckoned “people won’t come out due to the weather [either too hot or too wet]”.

Caulfield, too, last Saturday continued a downward trend this summer, with $60 million domestic wagering turnover down 10 per cent on a year-to-year basis and an attendance of 10,444 – healthy by Sydney standards but a five per cent drop there.

However, there can be no excuses for interest or turnover decline for today’s bumper meetings: super horses and exceptional jockeys in tempting betting mediums.

Te Akau Shark gives the impression the best of him is yet to come, making him an immense talent, but he takes on the great old war horse Happy Clapper, Dreamforce, and Fierce Impact as well as Avilius. Talented mares Verry Elleegant and Danzdanzdance are outsiders, emphasising the strength of the line-up but also the fact that before Winx no mare had won the Chipping Norton since Emancipation (1986). 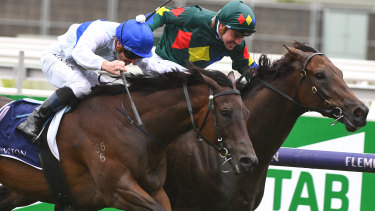 Catalyst, outside, and Alligator Blood fight out the CS Hayes Stakes.Credit:AAP

Avilius appeals as a good gamble given he is usually primed second start after a spell and did well on a hard Caulfield surface when resuming. He likes more give in the ground, and Randwick will be more suitable. But the deciding influence is Bowman, an edge despite the opposition of Opie Bosson, Racing And Sports top-rating jockey in the race on Te Akau Shark, Tom Berry (Happy Clapper) Brenton Avdulla (Fierce Impact) and the returning Blake Shinn for Dreamforce.

Trainer James Cummings, with the family penchant for phrase, enthused about  the “brightness of

his eye", and “the swish of his tail” and“the swagger and squeal”.

Chenier, too, should improve on a third to Alligator Blood and Catalyst at Flemington on February 15, his first race after a long spell due to a pelvic fracture, but note that Damien Oliver put back a suspension to ride him.

When it comes to the heat of battle, taking in touch and tempo, great jockeys are an influence and they don’t come any better than Ollie. So the stage is set for Flemington and Randwick.

It’s like Buddy being back for the Swans and Latrell coming out with Cameron Murray and Damien Cook in the red and green.