There is no let-up in big names on the penultimate day of Royal Ascot as two Group One races headline Friday’s card.

Day four begins with two-year-old fillies in the Group Three Albany Stakes (2.30) over six furlongs and a good chance for Frankie Dettori to add to his tally for the week with Flotus for Simon and Ed Crisford.

The Group Two King Edward VII Stakes (3.05) is next, with Alenquer at the top of the market in an open-looking contest that includes Irish hope The Mediterranean for Aidan O’Brien, Roger Varian’s Title and Charlie Appleby’s Yibir.

The first of the Group One action comes in the Commonwealth Cup (3.40) where another Wesley Ward favourite Campanelle looks to follow up on last year’s Royal Ascot success in the Queen Mary Stakes.

And the Irish look to have something of a stronghold over the Coronation Stakes (4.20), with Aidan O’Brien duo Mother Earth and Empress Josephine battling for favouritism, while O’Brien’s son Joseph is also represented by Pretty Gorgeous.

There are lots of unexposed types in the opener, the Albany Stakes (2.30), but the one to catch my eye is Prettiest for Aidan O’Brien. This well-bred daughter of Dubawi was very switched when winning on debut at Navan. She should take plenty of beating.

Frankie Dettori was asked to ride Suesa, who is trained in France by Francois Rohaut, in the Commonwealth Cup (3.40). That shows the confidence connections have in their horse. Dettori, understandably, sticks with Campanelle, who he won the Queen Mary Stakes on last year, but William Buick is a great replacement.

Suesa is unbeaten in her four starts and untried on a quicker surface but the rain that has been around at Ascot will be right up her street.

A neck, a neck and a nose: those are the margins that Popmaster has lost his three races by this year, and each time he did not have things go ideally for him.

Part of the problem last time at Doncaster was that he did not settle fully, but on Friday he will be dropping to the minimum trip for the first time, plus he has been gelded in the interim, both of which could make a decisive difference. 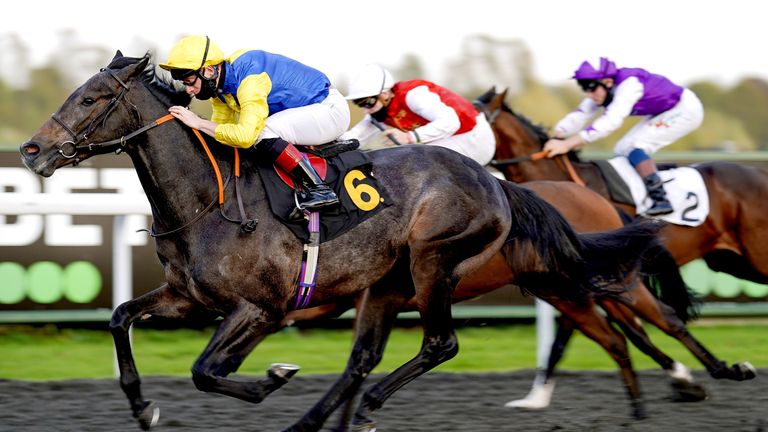 A big-field, strongly-run race like the Palace of Holyroodhouse Stakes (6.10) promises to be perfect for Popmaster, and Tom Marquand is one for one on him.

Champion jockey Oisin Murphy takes the ride on Dragon Symbol in the Commonwealth Cup (3.40). This horse has been nicely placed so far by trainer Archie Watson, learning his way with three wins on the all-weather surface before another win at Hamilton and a close second at Haydock.

That last run at Haydock came on really tough ground and he will appreciate a return to a sounder surface at Ascot, where a high draw (18 of 21) should also prove beneficial.

The draw has also been kind to Create Belief (16 of 30) in the Sandringham Stakes (5.00). Johnny Murtagh’s filly is on the up – raised ten pounds for a convincing win at the Curragh last time out.

In a wide-open affair, you can get a good each-way price and the mile trip at Ascot should be right up her street. Forecasted rain is also a bonus.

Then it is time for the action as host Alex Hammond presents live coverage of every race from 2.30pm, alongside Freddy Tylicki, Hayley Moore, Mick Fitzgerald and special guests!

Also, you can follow all the action across our digital platforms with a daily live blog, features and interviews.