Ultra Thoroughbreds owner Sean Buckley is now free to race horses in Victoria after reaching a settlement with Racing Victoria to lift an embargo placed on him while stewards investigated claims of embryo transplantation.

Racing Victoria had banned the multi-millionaire businessman from nominating horses to race in Victoria after Buckley had “not fully complied with a direction of the stewards” while they investigated allegations that Buckley had bred two foals through artificial insemination. 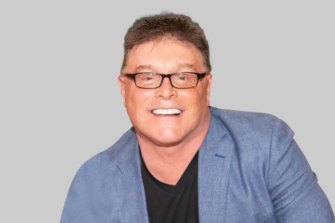 Ultra Thoroughbreds had lodged paperwork for an urgent Supreme Court hearing, listed to go ahead on Monday in attempts to lift the embargo, but the two parties reached a settlement before the hearing.

“Racing Victoria [RV] stewards reached agreement with Ultra Thoroughbred Racing Pty Ltd [UTR] and Sean Buckley prior to a listed court hearing today to lift the order imposed under AR 55 that has seen the Victorian race nominations for horses in which UTR or its proprietor Mr Buckley are the majority owner be refused since 31 March 2021,” an RV statement read.

“The stewards note that the investigation into alleged breaches of the Rules of Racing and Australian Stud Book Rules by UTR and/or Mr Buckley remains ongoing. Accordingly, during the investigation, if the circumstances permit, the stewards retain the right to reject nominations of particular individual horses owned by UTR or Mr Buckley pursuant to AR 55.

“Given that the investigation remains ongoing, we will not be making any further comment at this time.”

Buckley was pleased to reach a settlement.

“I have cooperated with the inquiry fully as the Rules of Racing require me to,” Buckley told The Age on Monday.

“My legal advice was that demands made upon me by RVL [Racing Victoria Limited] stewards were well outside their powers. I made those representations to RVL back on April 1, 2021 when I informed them that if they didn’t withdraw their demands I would seek the Supreme Court to decide the issue.

“I have waited five months for a change of position but the looming Spring Carnival meant that I could wait no more, as RVL for those five months have refused to accept nominations of my horses.

“I’m pleased that over the weekend the issues have been resolved by RVL revoking both directions, which I sought a ruling from the Supreme Court. So, my application to the court has been dismissed by agreement.

“I look forward to the inquiry being speedily completed, which inquiry I will continue to cooperate with, and my horses acquitting themselves well over the Spring Carnival.”

Buckley’s lawyer, Damien Sheales, told The Age in May that Buckley believed Racing Victoria did not have the power to demand that he swear an affidavit, which is what led to the nominations embargo.

Buckley has a pair of VRC Derby hopefuls who are planning to kick off their spring campaigns for Danny O’Brien at Geelong this Sunday.

Buckley has been able to nominate and race horses in other states under his Ultra Racing banner, but the ban in Victoria forced some of his locally based horses to travel interstate to compete.

In February, The Age and the Herald revealed Ultra Racing was being investigated for using surrogates for champion mare Miss Andretti and Strikeline – the dam of champion sprinter Nature Strip – who were struggling to conceive.

Stewards were examining claims that at least two foals may have been born last season out of embryo transplantation – a filly out of Miss Andretti and a colt out of Strikeline – that were sired by Ultra Thoroughbreds’ stallion Addictive Nature in late 2019.

Horses born out of embryo transplantation are not considered thoroughbreds.

Racing Victoria was provided with photos of the embryos and foals by a disgruntled former employee, which triggered the investigation.

But Buckley had maintained he had not done anything wrong. No attempts had been made to register the foals with the Australian Stud Book, which guides thoroughbred breeding.