Each of the five jockeys implicated in the Mornington Airbnb saga have been charged by stewards for allegedly providing false or misleading evidence in an inquiry.

Stewards allege Jamie Kah, Ben Melham, Ethan Brown and Celine Gaudray deliberately left out the fact that Mark Zahra had also been at the illegal Airbnb party when originally quizzed. 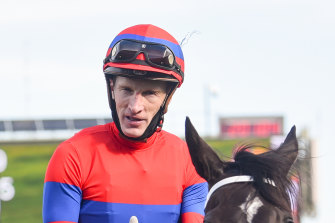 Zahra was also charged with providing false or misleading evidence in a stewards’ inquiry on Saturday morning.

“On 26 August 2021, Ethan Brown, Jamie Kah, Ben Melham and Celine Gaudray were each interviewed by RV stewards with respect to their attendance and the attendance of others at the Mornington gathering,” stewards reported on Monday.

“The evidence tendered by [the four jockeys] to RV stewards during their interview is alleged to be false and/or misleading given each, when asked to communicate the list of attendees at the Mornington gathering, failed to state that licensed jockey Mark Zahra was also in attendance.

“On the morning of 28 August 2021, Mark Zahra was interviewed by RV stewards with respect to his alleged attendance at the Mornington gathering and denied being present, before contacting RV stewards at 5.30pm that afternoon to report that he was in attendance.

“The evidence tendered by Mark Zahra to RV stewards during the interview on the morning of 28 August 2021 is alleged to be false and/or misleading.”

The charges will be heard by the Victorian Racing Tribunal, although hearing dates have not been set.

Kah, Melham, Brown and Gaudray each copped a fine of more than $5000 by police, as well as two non-racing people who were in attendance.

All five jockeys, who have been forced to isolate for 14 days, will miss Melbourne’s feature spring carnival through suspension. 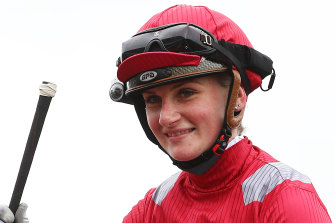 Kah lost the prized Memsie Stakes ride on eventual winner Behemoth on Saturday, while Zahra was due to ride champion mare Verry Elleegant in the Cox Plate and Melbourne Cup but was replaced by connections on Sunday with Damian Lane.

They will, however, be able to ride track work and in jump outs and trials once their 14-day stand-down period ends.

Behemoth was ridden to victory in the Memsie Stakes by Brett Prebble.