John O'Rourke and Peter Fekete, who led calls for "fresh blood" on the board in the lead-up to the December elections, resigned at Friday night's board meeting. 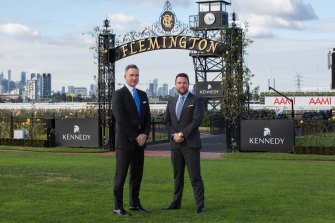 Their decision to step aside comes less than a month after Elisa Robinson, who also levelled questions of governance at Elliott at the annual general meeting, also resigned from the board.

Just seven now remain on the VRC board and while the vacancies will be filled, Hawkes said the current seven could do the job.

"Do we need to have two more committee? Maybe have two less committee," he said.

"I think there was nine, there's only seven [remaining], maybe we should leave it at seven.

"I'm pretty happy with the people left on the committee. They got my ticket on After The Last about three months ago, but if you don't want to be here, don't be here. It's as simple as that."

Hawkes said Wilson, who has been tipped to take over the chairman role in March, was the right man to lead the VRC into the future.

"I think Neil Wilson is a superstar and I make no mistake about that," he said.

"He's one of the smartest men I've ever met and what he's taught me in the last two years has been unbelievable. I mean that. 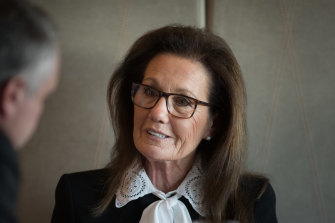 "We're in tough times now and things like Cirque du Soleil coming here and everything like that, that's a big win because all that money is non-racing money and they're earning millions of dollars at this place bringing it back in minus the pokies.

"They've got grandmaster plans for a lot more, we need to utilise these properties. It's as simple as that."

A number of other Flemington trainers threw their support behind Elliott and Wilson on Saturday including Melbourne Cup-winning trainer Danny O'Brien.

But Hawkes said the VRC has missed a trick after the Australian Sports Museum, featuring a revamped horse racing gallery, was officially opened at the MCG on Saturday.

"We need the racing museum to be back here. That's a joke. It should be at Flemington," he said.

"The racing museum should be here at Flemington and the kids need to be able to come from school and here, like they go to the MCG, I think they can even walk on the roof at the MCG and you go underneath and show you the change rooms, you [should be able to] come here.

"You see everything like it is, you go to the museum, you see Phar Lap, you see Bart [Cummings], you see Makybe [Diva], go to one of the stables on the way out and kids would think it's the best day ever.

"We need to bring our young kids through and be promoting them and we need to start here at Flemington."