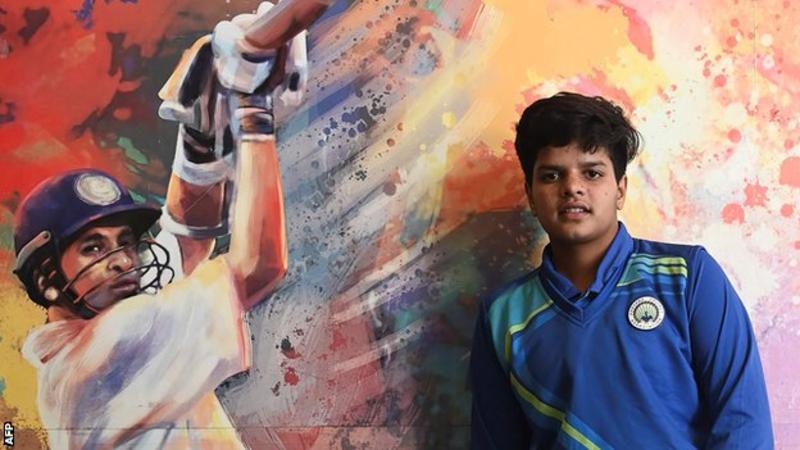 The big questions for most 16-year-olds are usually straightforward.

College or sixth form? Go out or stay in? Or, crucially, can you convince your parents to let you drive a moped?

Shafali Verma’s teenage years have been a little different.

The India batter has lit up the Women’s T20 World Cup with her performances at the top of the order as her side marched into the semi-finals without losing a match, and she now stands in England’s way of a place in Sunday’s final.

After just 18 Twenty20 innings for India, she has hit 58 fours and 21 sixes, and is already top of the ICC’s T20 batting rankings. She is a force of nature and is putting her fellow opener, Smriti Mandhana – until recently viewed as the new face of the India women’s team – in the shade.

“When we first saw Mandhana come on to the scene, we thought we’d never see anyone hit a ball like her,” England spinner Alex Hartley told BBC Sport.

“But Verma has come along and almost made her look boring. She’s an unbelievable striker of the ball.

“I am so, so excited to see her in a couple of years, when she’s a bit fitter and a bit stronger. She is going to be a fantastic cricketer.”

But what’s the secret to Verma’s instant success? Nothing but freedom, according to her team-mate Shikha Pandey.

“She’s been given free licence to play her game,” said Pandey. “We actually picked her up in domestic cricket – we knew there was this kid who was 15 then and she’s playing fearless cricket.

“So we haven’t really asked her to change anything in her game. We’re just giving her the licence to go play there and play the brand of cricket she’s known for.

“At 16, I hadn’t even started training to become a cricketer. I was playing gully cricket until then. So it’s amazing that a 16-year-old is playing for India.”

Verma has been likened to a rock star by legendary India opener Virender Sehwag, while ex-Australia fast bowler Brett Lee has called her fearless, and her rise has coincided with women’s cricket gaining popularity with fans and sponsors alike in India.

Former India captain Mithali Raj remembers breaking the record for the highest individual Test score in 2002 and no-one knowing, unless they had read it in the paper.

“There was no travel or daily allowance, nor a physio or strength and conditioning coach,” Raj wrote in a blog for the International Cricket Council.

“We only had male players as inspiration because that’s all we used to see. Now, a young girl can have a role model in the form of a female cricketer.”

The majority of crowds at the T20 World Cup have been made up of families. Children race around the boundaries, miniature bats in hands, calling to players to sign them.

Verma is one of the most popular names. When India had beaten Bangladesh in Perth in their second group game, she and her team-mates were mobbed by supporters.

Wicketkeeper Taniya Bhatia was called over for selfies by fans in blue India shirts. Harmanpreet Kaur was loudly cheered as she spoke in victory. And Verma and her team-mates worked down a long line of people, signing autographs and thanking them for their support.

But the teenager very nearly missed out on representing her country, purely because of her gender.

Her father took her to the stadium in Rohtak, near Delhi, to watch Sachin Tendulkar play his final Ranji Trophy innings. Perched on her father’s shoulders, the nine-year-old Verma decided she wanted to play cricket.

But, while Verma’s brother played at the local cricket clubs, his sister could not. Clubs did not want a girl playing the sport.

Verma’s father, however, had an idea. He cut his daughter’s hair, short enough to convince people she was a boy, and, when her brother fell ill, Verma took his place at a local club.

That same year, Verma was named ‘man of the season’ for her efforts. Six years later, she would break a 30-year-old record held by Tendulkar.

Verma thrashed 73 from 49 balls in a T20 against West Indies. She was 15 years and 285 days old – the youngest Indian to score an international fifty since Tendulkar made 59 against Pakistan in 1989.

“What I want is that if there is a young girl, she shouldn’t be stopped from playing cricket,” Verma said.

“If she works hard and focuses on her game, anything can happen.”