Andy Murray has taken to Instagram to provide fans with an update on his recovery as he bids to return to action. Murray has not played since November at the Davis Cup for Great Britain due to a pelvic problem.

The three-time Grand Slam winner has since missed the ATP Cup, the Australian Open and pulled out of events in Montpellier and Rotterdam.

Last week, Murray revealed he had a heterotopic ossification (HO) – the formation of bone in the soft tissue close to the skeleton.

It has been causing Murray discomfort and the 32-year-old admitted he may need to go under the knife again to solve the issue. 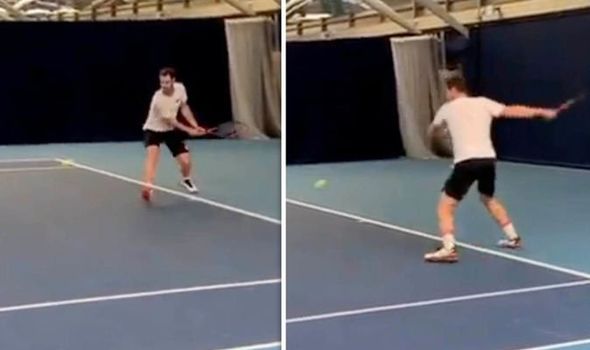 “This is just something that comes up which is extremely common in hip resurfacing, a traumatic kind of injury.

“If I have to have that removed because it is what is causing the problem, then that is a pain in the a***.”

Murray’s hope is that he will not need another operation and can play at the ATP Masters event in Miami.

And in a serious of videos, Murray was back doing what he does best and appeared to be hitting the ball cleanly. 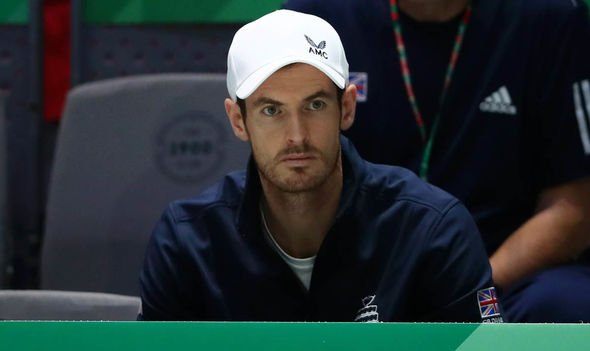 Watched on by his coaches, Murray moved freely before tiring at the end but the fact he is back playing will be of significant comfort for him.

Meanwhile, speaking in an interview with on the Royal Bank of Scotland’s Ask For More podcast, Murray’s mother Judy gave an insight into the ‘physical and emotional challenge’ he was going through.

“Andy’s got so many fans out there and everybody wants to know when you’re going to see him again. Often the answer to that is ‘I don’t know’.

“Because you don’t know. You don’t know how long an injury is going to take to rehab or repair itself or what more you might have to go through.

“Then you see where you’re at and you have to adjust your schedule of training and competition to create a balance.

“You can’t just go from doing nothing for a long time to doing five sets at the Australian Open, for example.

“He’s not going to rush anything, he’s going to take time and make sure his body is absolutely ready before he puts it back in again.

“But it’s an incredible physical and emotional challenge for him.”