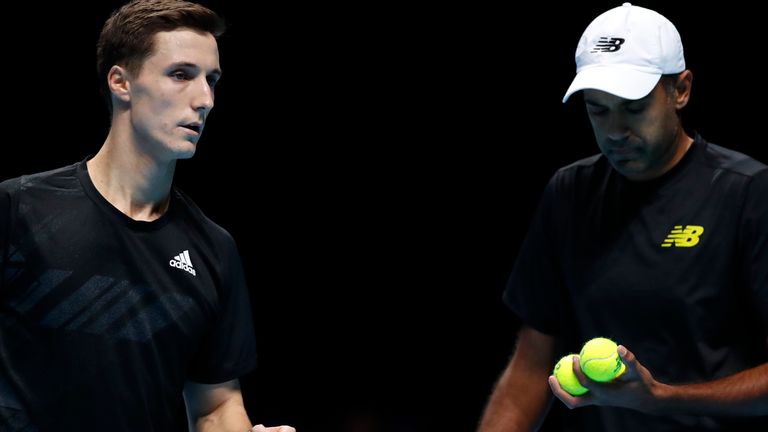 Joe Salisbury and Rajeev Ram suffered a heartbreaking defeat to Jurgen Melzer and Edouard Roger-Vasselin in the semi-finals of the Nitto ATP Finals.

The Australian Open champions knew that victory would see them finish the season as the world’s top doubles team, while Salisbury was looking to become the first British player to reach the doubles final in the event’s 50-year history.

They looked virtually certain to win when they led 7-1 in the deciding tie-break only for Austrian Melzer and France’s Roger-Vasselin to win seven points in a row.

A dejected Salisbury said: “We got off to a bad start but then I felt like we were on top for most of the match. I’m not sure what happened. We were up a break in the second, lost our serve and then things kind of went against us.

“It wasn’t a great quality tie-break. We were up a lot but they hit two double faults. Obviously we should win from that point.” 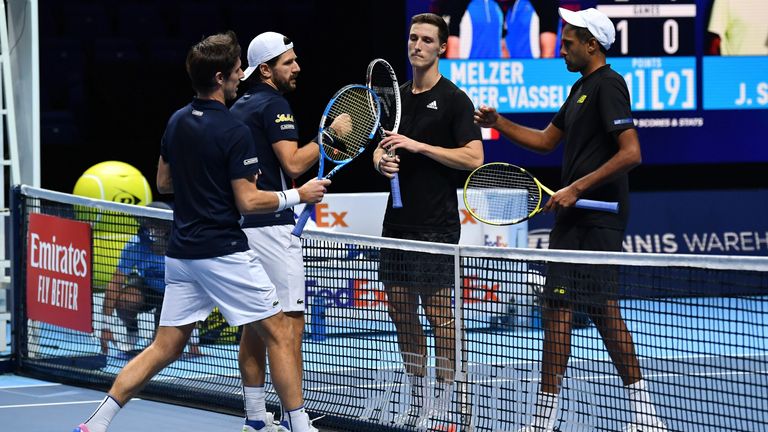 Going out on a high 😎

They move through to a final meeting with Dutchman Wesley Koolhof and Croatian Nikola Mektic on Sunday, while Mate Pavic and Bruno Soares will finish the season ranked No 1.

It was Salisbury and Ram’s battling efforts that had carried them through to the last four but they stepped up a level in their play here.

They did not make the best start with American Ram losing his serve but the second seeds quickly restored parity and deservedly won the opening set.

An early break in the second looked to have put them in complete control but they dipped at just the wrong time and Melzer and Roger-Vasselin reeled off five games in a row. 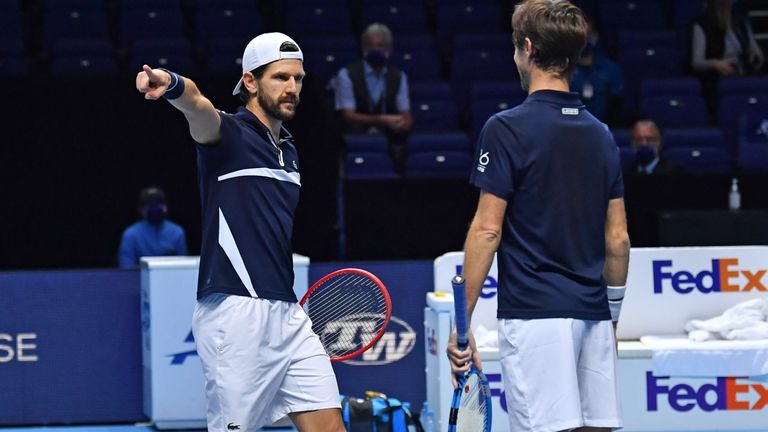 Andy Murray’s title in 2016 remains the only time a British player has reached a final in singles or doubles in the event.

Ram and Salisbury had two break points to get back on serve but could not take either and once again found themselves in a deciding tie-break.

They were in complete control but a combination of some untimely mistakes from the British-American team and inspired play from their opponents turned things around.

Salisbury only came out of isolation two days before the tournament after his coach tested positive for coronavirus, and he said: “To be honest I think we did quite well to get to the semi-final here because I don’t think we played very well.

“Obviously it’s tough losing that but I don’t really feel like we deserved to be in the final.”