World No. 12 Cameron Norrie is flying high after a comeback win over David Goffin saw him soar into the last four of Wimbledon on Tuesday and the South Africa-born star is already reaping the benefits after extending his career-best run at any Grand Slam.

That’s after Norrie was invited to swap tennis for Premier League football and attend a match at Newcastle United in the upcoming season. The 26-year-old has long been a supporter of the Magpies, who wished their fan the “best of luck” prior to his 3-6, 7-5, 2-6, 6-3, 7-5 victory over Goffin.

And the club followed up their good will when co-owner Mehrdad Ghodoussi reached out to Norrie with a roll of the red carpet at St. James’ Park. Ghodoussi is married to fellow investor Amanda Staveley and is a partner in private equity firm PCP Capital Partners, which owns 10 per cent of the top-flight team.

“What an incredible win,” tweeted the Newcastle figurehead while tagging Norrie. “You need to come up to @nufc to watch a game next season!!” 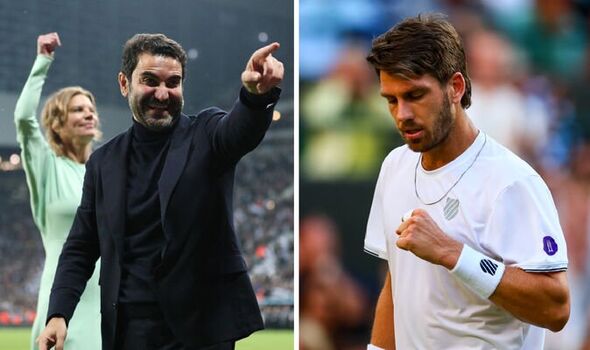 The British star—who was born to Welsh and Scottish parents but grew up in New Zealand—was quick to follow up and accept. It was close to midnight on Tuesday when the Magpies fan responded: “Thank you!! And will do!!”

The 2022/23 season will be Newcastle’s first full campaign since the Public Investment Fund (PIF)—Saudi Arabia’s sovereign wealth fund—took over the club last year. And the club’s prospects are unsusprisingly looking up after receiving major investment from a body worth close to £500billion. 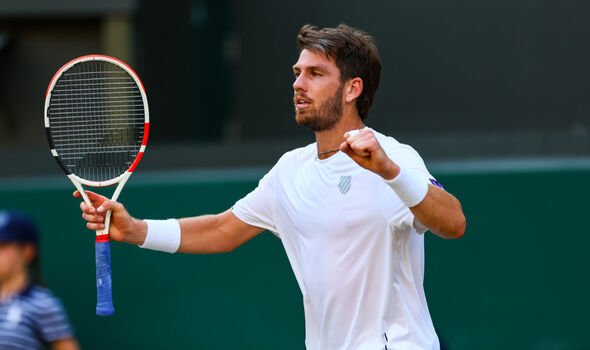 Eddie Howe’s side splashed around £70m this past January to help secure their place in the Premier League and they’ve followed that up with more exorbitant spending this summer, parting with another £60m or so to acquire Sven Botman, Matt Targett and Nick Pope.

Norrie may hope to see more signings through the door before he takes up his offer to visit the club. He’ll also hope to do so as a Wimbledon champion, though he needs to first evade top seed Novak Djokovic on Thursday as he targets his first appearance in a Grand Slam final.