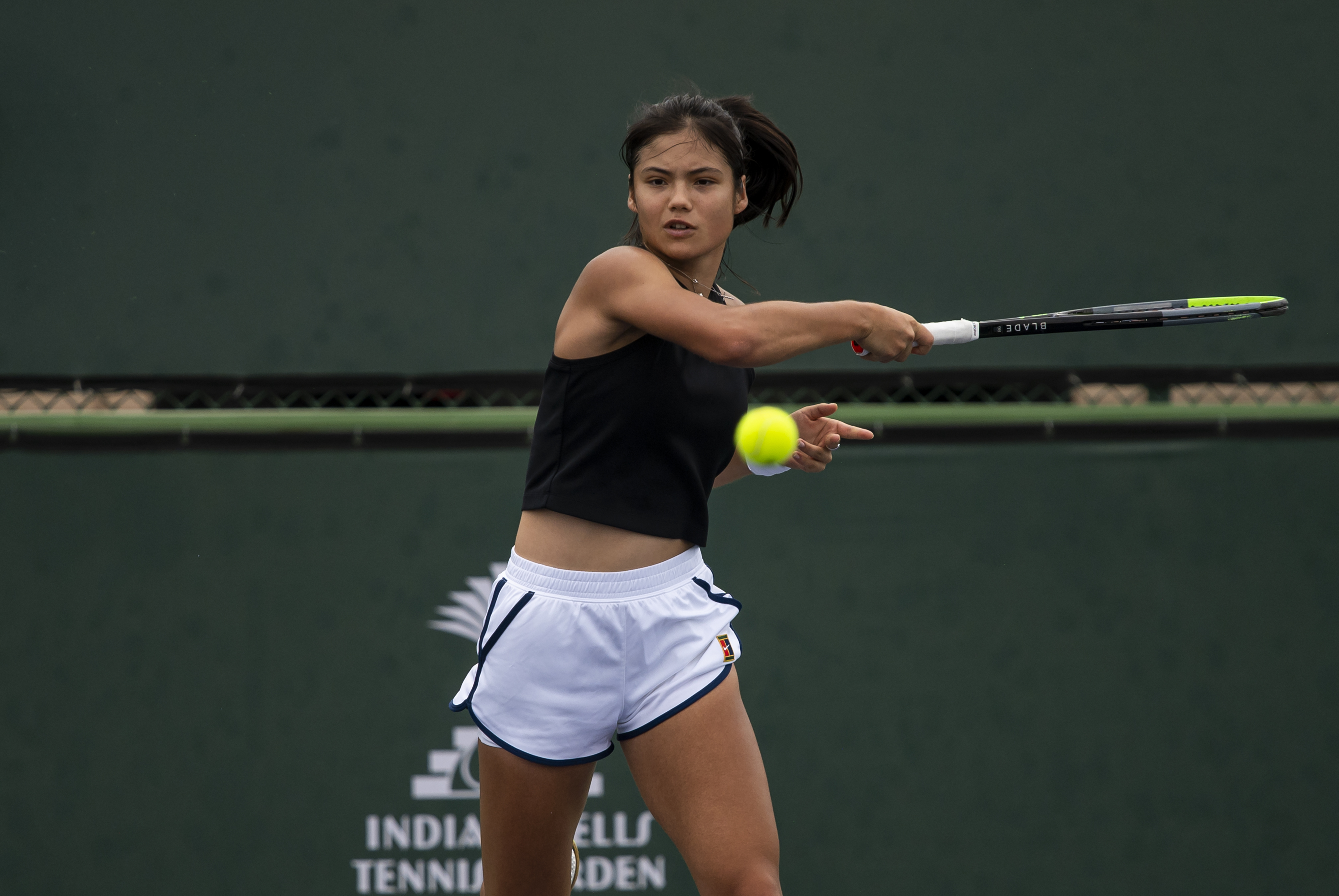 Emma Raducanu has gone public in her search for a new coach by urging any experienced coaches to get in touch.

The 18-year-old is on the lookout for a new permanent appointment having parted ways with Andrew Richardson, the man who guided her to US Open glory, last month.

The LTA’s Jeremy Bates had been in Raducanu’s box for her Indian Wells debut as she suffered a straight sets defeat to world No.100 Aliaksandra Sasnovich.

But the British teenager has now made it clear of the importance to appoint a coach with plenty of experience.

The world No 22 said: ‘I think that I would love to have someone with great experience right now by my side so if any experienced coaches are out there looking, you know where to find me.

‘Jeremy Bates is here just to help me out with this week but he was here with Katie Boulter. So I don’t know what’s going on.

‘I don’t know what’s going to happen next but I’m sure that my team and everyone will be able to try and find a solution and yeah, I wasn’t joking. If anyone knows any experienced coaches…’

Plenty of names have been linked with one of the most sought-after jobs in tennis right now but The Telegraph claim Li Na’s former coach Carlos Rodriguez has emerged as the frontrunner.

Rodriguez previously coached Na to the 2014 Australian Open title and Raducanu’s family and agents have identified the coach as a leading contender.

The respected Argentine coach made his name with the young Justine Henin and coached her to seven singles Grand Slam titles – comprising of four Rolland Garros wins, two US Open triumphs and one Australian Open victory.

Former British No.1 Anne Keothavong believes Rodriguez would be a good fit but warned Raducanu she needs to ensure she clicks with him both on and off the court.

‘He has close links to Max Eisenbud her agent at IMG,’ she told Amazon Prime.

‘There is a link there, he comes with a lot of experience, he is a tough taskmaster, he likes discipline, he understands the game, he has a great work ethic, if it is going to be Rodriguez then that would be a great choice.

‘But until you spend time with that person you never quite know, despite Carlos having plenty of experience, whether you will click, you have to click on and off court if you are going to do all those things together.’