The solitary nature of tennis means that Emma Raducanu is not in any hurry to appoint a coach to guide her through the next phase of her career.

The US Open champion, preparing to make her return later this week, made clear she does not see it as a priority after choosing not to renew her deal with Andrew Richardson, who proved such a perfect fit at Flushing Meadows.

‘At the end of the day you’re out there on your own and you have to be your own coach on the court so I’m pretty comfortable,’ she said, ahead of her debut at the BNP Paribas Open at Indian Wells in southern California. 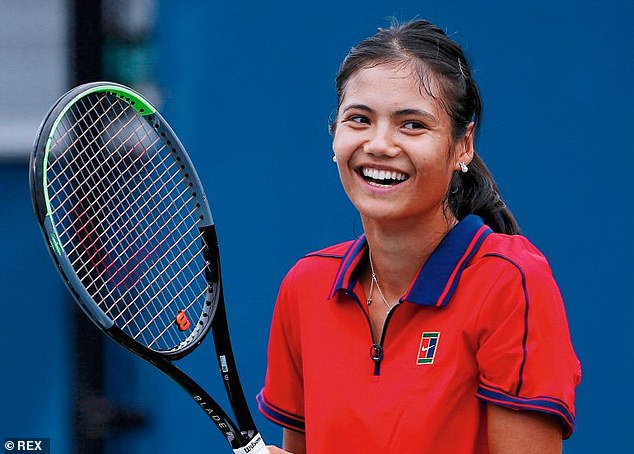 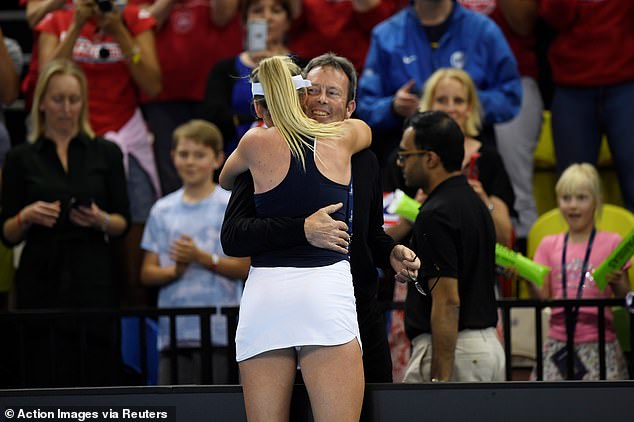 Raducanu is working there with former British number one Jeremy Bates, GB’s national women’s coach, but she suggested this was unlikely to become permanent.

Her hitting partner for the week is understood to be Raymond Sarmiento, a 29 year-old American ranked 456 by the ATP, who was at 300 last year before a long-term injury struck.

‘Jeremy is part of women’s tennis at the LTA so while he’s here he’s helping me out,’ she said. ‘Going forward, I’m just going to wait and try find the right person. I’m not going to rush into anything. I’m just looking for the general things in a coach really – someone that you get along with well and someone who can push you.’

Raducanu said that she will try and adopt the same mindset that served her so well in New York, despite her dramatically altered status: ‘ I don’t really want to change anything. What got me to this point is not thinking anything differently and if I just put additional thoughts in my head then it will just create a problem.’ 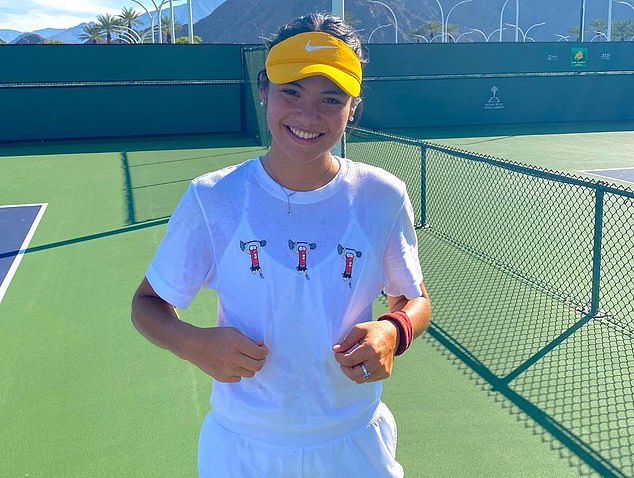 She did acknowledge, however, that the conditions in the California desert have little in common with those of the East Coast.

‘The air is very dry so it’s going to be tough physically and it’s quite hot. The courts are slower and high bouncing so it’s probably going to be long rallies, and the balls get quite fluffy pretty quickly so it will be physical.’

It is an immensely different challenge in all senses to what faced her when setting out in the US Open qualifying back in late August.

Having received a first round bye, Raducanu begins her campaign on Friday or Saturday against either world number 71 Maria Ossorio Serrano of Colombia or Aliaksandra Sasnovich of Belarus.

That could lead to a third round against one of her former idols, 2019 Wimbledon champion Simona Halep. The Romanian is always formidable, although she has only played seven matches since mid-May due to a persistent calf injury, and got married after the US Open. 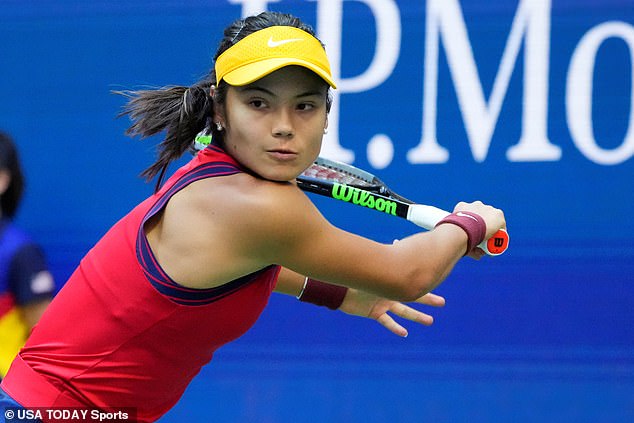 With a chance of making the eight-woman year end finals Raducanu has packed her schedule for the coming weeks, taking advantage of her newly elevated ranking to enter tournaments in Moscow, Cluj-Napoca (Romania) and Linz in Austria.

Taking place in its rescheduled October slot, Indian Wells offers a final chance of the year for the leading men and women to get bumper ranking points in an outdoor hard court setting before heading back indoors around Europe.

Cam Norrie will try and carry through the form which saw him reach the final of the San Diego Open last Sunday. He is once again putting pressure on Dan Evans, also in attendance, for the British number one slot.

The long time holder of that position, Andy Murray, is back at a venue where he enjoyed relatively little success, even in his heyday.