Emma Raducanu may be the name on everyone’s lips at Indian Wells but the US Open champion vowed not to put pressure on herself as she prepares to return to action.

The 18-year-old’s incredible triumph in New York catapulted her from young hopeful to one of the biggest names in women’s tennis and there will be a huge amount of attention when she plays her first match since the Flushing Meadows final at the BNP Paribas Open later this week.

As the 17th seed, Raducanu has a bye in the first round, so her opening match will be against either fellow teenager Maria Camila Osorio Serrano from Colombia or Belarusian Aliaksandra Sasnovich.

“I’m very excited to be here,” said Raducanu, who now has more than two million Instagram followers, at her pre-tournament press conference.

“It’s my first time playing in Indian Wells and it’s a beautiful place. I just can’t wait to get started. I love the facilities, everything is just so nice to be around.

“I don’t really want to change anything. What got me to this point is not thinking anything differently so if I put additional thoughts in my head then that will just create a problem I think. I’m just going to keep going about my business and staying the same.

“It’s been a very cool three weeks. I got to experience some great things that I probably never would have got to do before but after that I just went straight back to training and focusing on this competition and the upcoming ones that I’ve got lined up.” 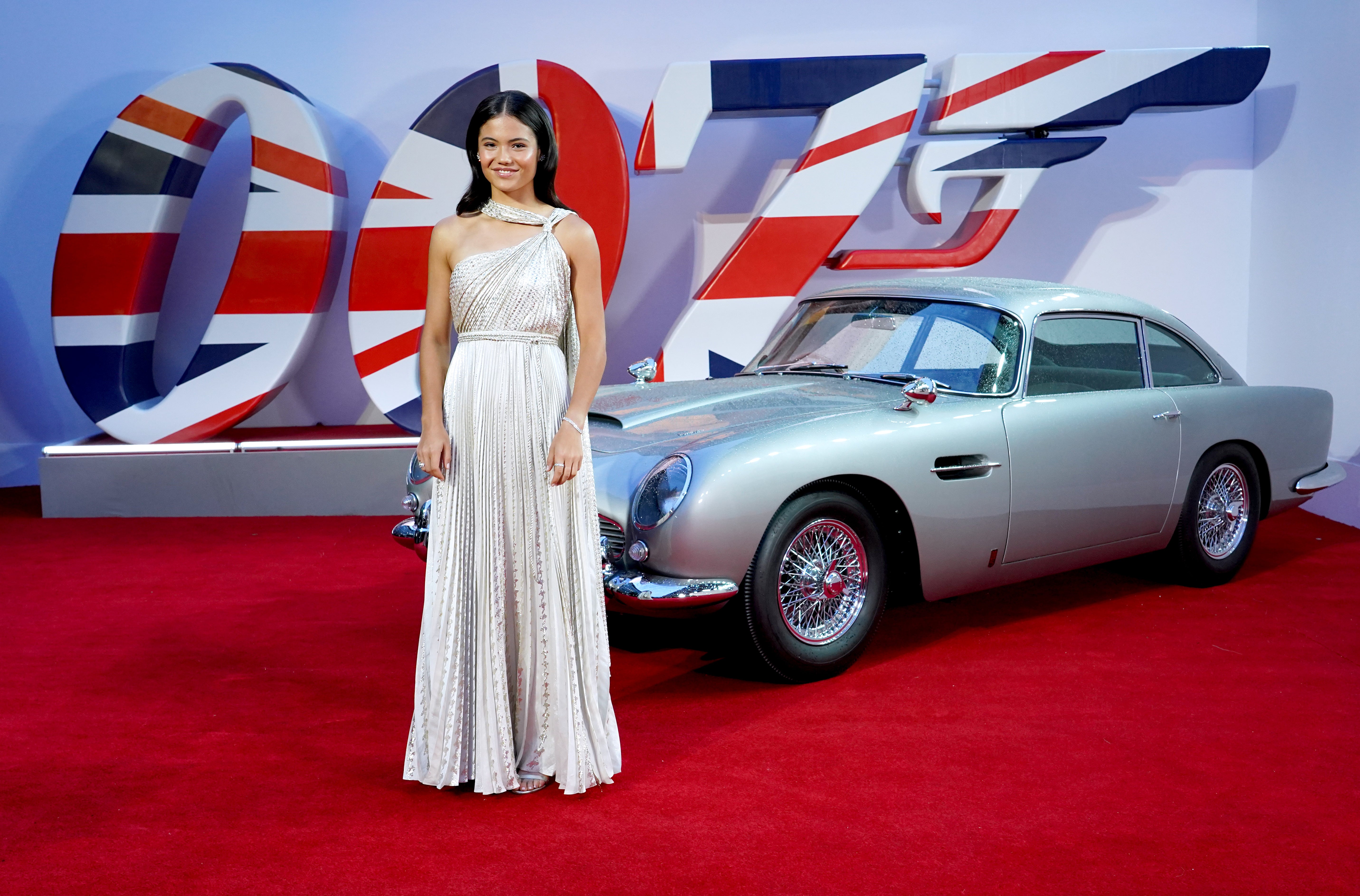 Raducanu’s most recent trip down a red carpet was at the premiere of the new James Bond film No Time To Die prior to flying out to California but the teenager has made it clear the tennis court is where she most wants to be.

She is without a permanent coach having decided not to turn her short-term arrangement with Andrew Richardson, who helped her lift the title in New York, into anything permanent.

Raducanu is working at Indian Wells with former British number one Jeremy Bates, but he primarily coaches Katie Boulter alongside a role as national women’s coach for the Lawn Tennis Association.

The teenager insisted she would not be concerned by going it alone for the rest of the season, having also signed up to play tournaments in Moscow, Romania and Austria over the next few weeks.

“Jeremy is part of women’s tennis at the LTA so while he’s here he’s helping me out,” she said. “But going forwards I’m just going to wait and find the right person, I’m not going to rush into anything. I want to make sure I make the right decision. 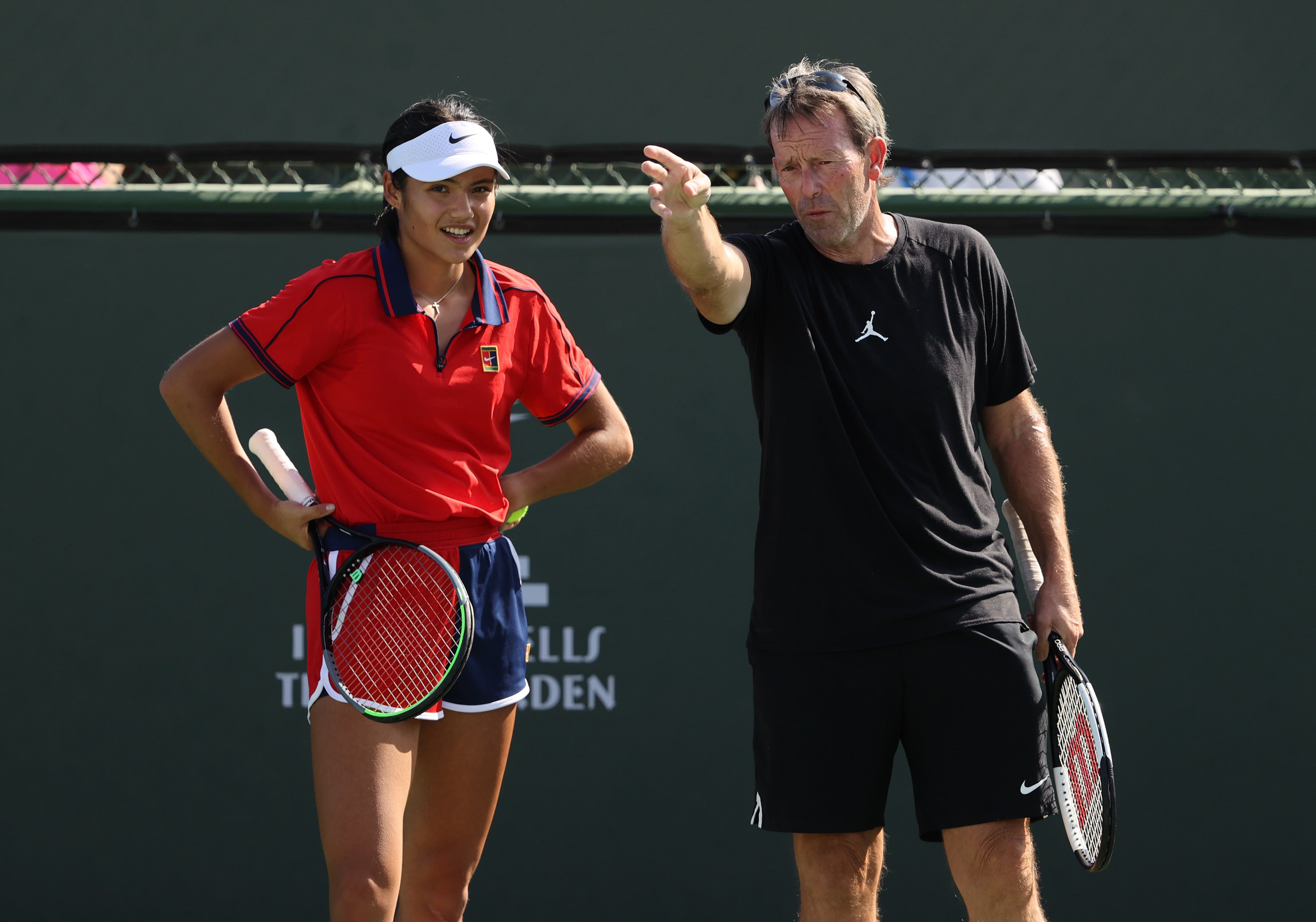 “Even though I’m quite young I’ve got a lot of experience banked and at the end of the day you’re out there on your own and you have to be your own coach on the court, so I’m pretty comfortable.”

Victory in her first match could see Raducanu come up against one of her idols in Romanian two-time grand slam champion Simona Halep.

The conditions at Indian Wells will be very different to those in New York, though, with the dry desert air making the ball difficult to control.

“The air is very dry so it’s going to be tough physically and it’s quite hot at the moment,” said Raducanu.

“The courts are slower and high bouncing so it’s probably going to be long rallies, and the balls get quite fluffy pretty quickly. I’m sure it’s going to be physical in all of the matches so it’s just a matter of trying to get in as best shape as possible and keep fit and healthy.”

The tournament is one of the biggest on the WTA and ATP Tours and is being held for the first time since March 2019 having been cancelled last year and then postponed from this spring because of the coronavirus pandemic.