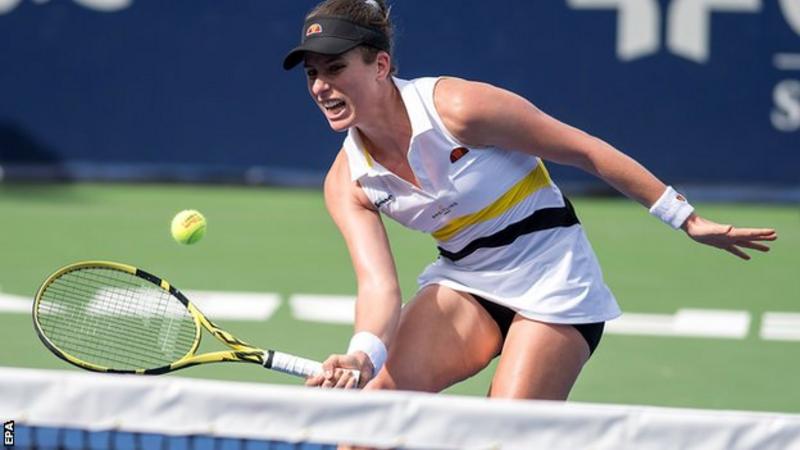 The 28-year-old world number 16 was contesting her first semi-final since June’s French Open, and had reached the last four after saving two match points against Anastasia Potapova on Friday.

In her first meeting with the Briton, she won in an hour and 41 minutes.

The ninth seed will play top seed Elina Svitlova or Arantxa Rus of the Netherlands in Sunday’s final.

Konta had a break point to reduce her deficit to 5-4 in the first set but was unable to take it as Bouzkova claimed three consecutive games.

After a medical timeout between sets to assess a knee injury, Konta twice had a break point for a 5-3 lead in the second, but it was Bouzkova who broke in the next game.

Konta saw two more break point chances slip away in the 10th game before the Czech sealed victory on her first match point.