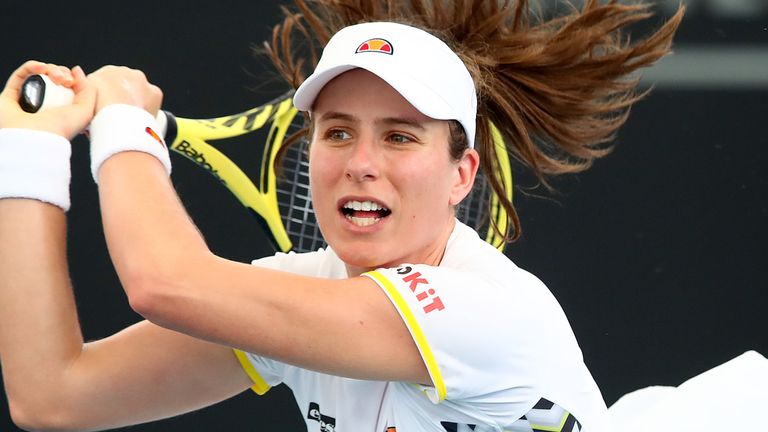 Johanna Konta made it through to the semi-finals of the Monterrey Open after battling back from a set down and saving two match points to beat Russian teenager Anastasia Potapova.

Konta faced match point at 5-3 down in the third and then survived another in the subsequent tie-break before clinching victory against an opponent who is 73 places below her in the world rankings.

Konta, who missed the last few months of 2019 due to a knee injury, will now face the Czech Republic’s Marie Bouzkova, who won 6-2 7-5 against Yafan Wang of China. 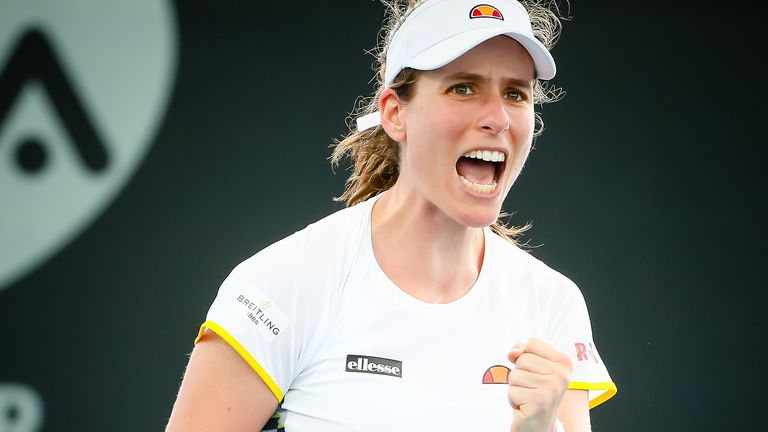 I think the scoreline is quite obvious, it was an incredibly tough match. Very tough conditions out there, it was very windy, very blustery, so it made it extra difficult for both of us to play, really. But I think overall, both of us played at a great level, we played a very exciting match for everybody who was there watching. Personally I’m really pleased I’ve been able to come through such a tough match. Especially, it was the first of its kind for me this season, and to be able to come through it, I’m really pleased with it.

Johanna Konta on her win

Top seed Elina Svitolina is also through to the last four, having seen off Leylah Annie Fernandez 6-4 7-5, and will face Arantxa Rus who swept past sixth seed Rebecca Peterson 6-1 6-1 in just over an hour. 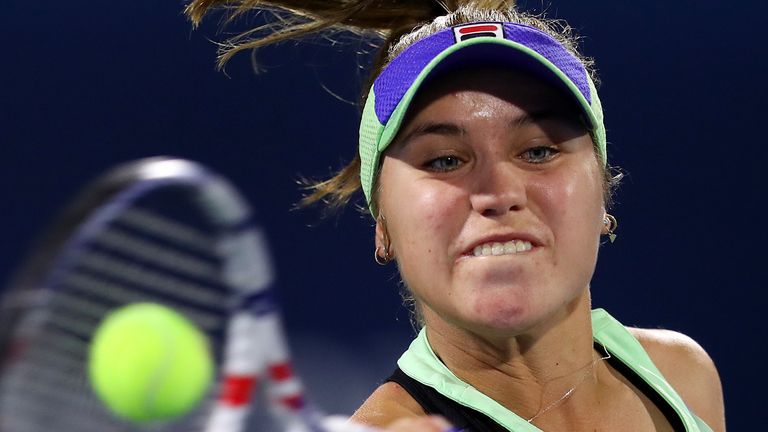 Top seed Sofia Kenin advanced to the semi-finals of the Lyon Open after beating France’s Oceane Dodin in three sets.

After being a set up and 5-2 ahead in the second, Australian Open champion Kenin saw her opponent mount a fightback before subsequently getting past her 6-1 6-7 (5-7) 6-2 in an hour and 50 minutes.

The other semi-final will be between Russian seventh seed Daria Kasatkina and Germany’s Anna-Lena Friedsam.