JOHN LLOYD: It’s nonsense if players say they don’t care about records – if Novak Djokovic wins the most Grand Slams he will go down in history

Everyone is interested in the GOAT debate and here at Wimbledon this fortnight we have Novak Djokovic trying to equal Roger Federer and Rafa Nadal on 20 Grand Slams.

When you hear that Roger doesn’t care about Djokovic being one off his total, much as I like Roger, it’s utter nonsense. And the same with Rafa, he said the same thing.

Novak is the only one of the three who has made it clear that he’s chasing it but they all chase it, it’s in their DNA. One of the reasons I’m a big fan of Jack Nicklaus is when he was asked, ‘Do you want Tiger Woods to beat your record?’, he said: ‘No.’ And why would he? 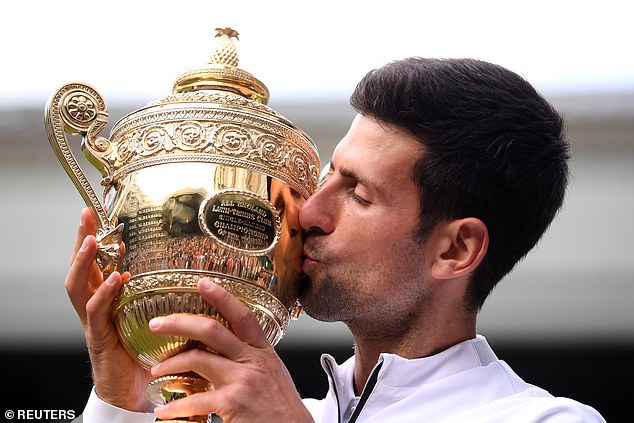 The players think the public would see it as bad sportsmanship to not want to see someone break their record but that’s nonsense.

Wimbledon are under the impression that people whose records are about to be broken want to be there on the Centre Court to watch them be broken. They did that with Fred Perry when Bjorn Borg equalled his record and then beat it. I chatted to Fred and trust me, he didn’t want Borg to beat his record.

Pete Sampras was on Centre Court to watch Federer break his Grand Slam record when he beat Andy Roddick in 2009. And poor Pete had to sit there in the Royal Box with the cameras on him for four-and-a-half hours! Sampras wouldn’t have wanted Federer to have had a serious injury, but a little twisted ankle? There wouldn’t have been any tears shed at that. 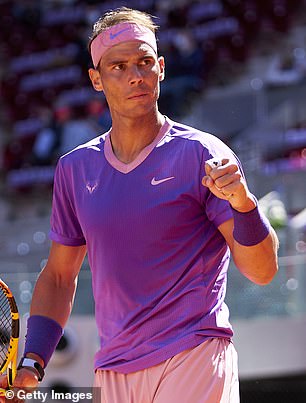 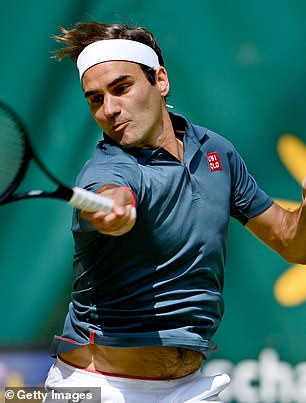 Trust me: top players do not want their records broken. I was married to Chris Evert and she was proud of her records, and she’s still got some of them, and she doesn’t want them to be broken — and there’s nothing wrong with that.

Djokovic has made no secret of the fact that he wants to beat Federer’s record and good on him. You can go back and forth and say who is the greatest player but if he wins the most Grand Slams he will go down in history.

I still put Rod Laver as the best but I’m old school. To be a great champion there’s a certain amount of ego involved and yet Laver is the most modest champion I’ve ever met in any sport. He did me a huge favour once. I played in a tournament in Bretton Woods in New Hampshire and he was No 1 seed and my idol and I played him in the first round.

In those days the first-round losers’ prize money was $200 but that was a lot of money to me and a few hours before I was going to play him I sprained my ankle and it came up like a balloon. 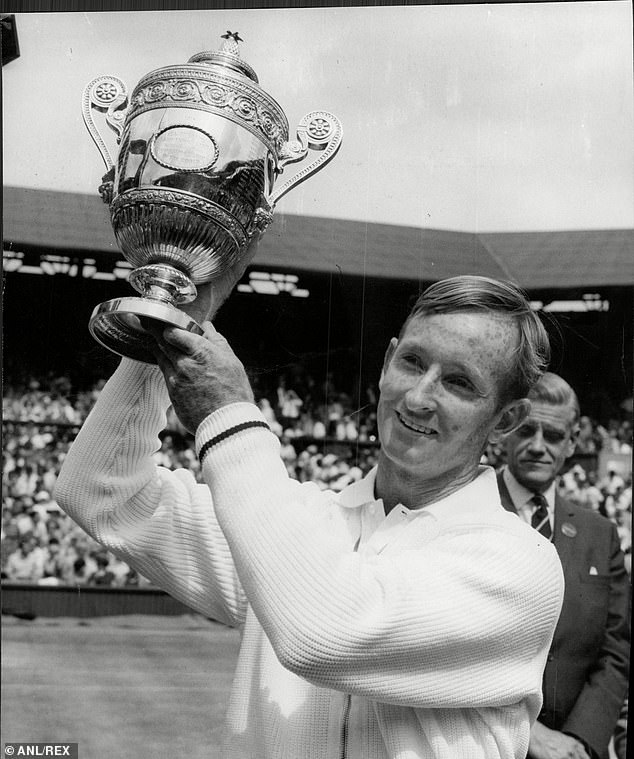 DJOKOVIC IS MY PICK… AND ONE OF 30 WOMEN!

Novak Djokovic is odds-on favourite with the bookies but you can’t ever make someone odds-on favourite on a grass court with such unpredictability of the surface, plus only a two-week gap from the French Open.

It takes you days and days to get over winning a Slam, and you have to re-group and get back into the mentality again on a surface that’s substantially different. But he’s still a clear favourite.

If Djokovic goes out early it’s wide open — there’s another eight players who can win it. You’d have to put Stefanos Tsitsipas as the next favourite but he’s not an outstanding grass player yet. Alex Zverev and Daniil Medvedev are in the mix but again, they’re not great grass court players.

Matteo Berrettini — anybody that serves like he did at Queen’s, and backs it up the way he does, has a chance. And I’m not counting Roger Federer out; he has too much class and too much history. 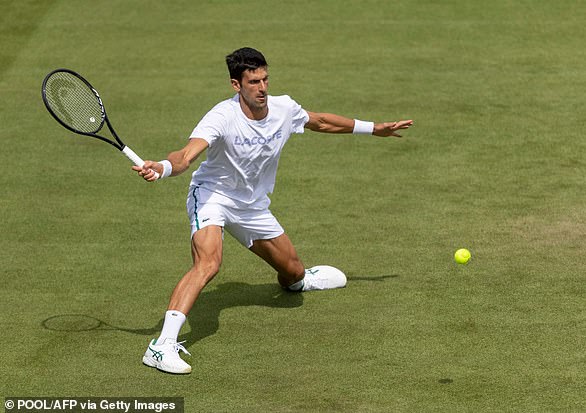 Serena Williams is also chasing history and there is no question that she has tightened up when she’s got to the finals because she’s thinking of the record of 24 Grand Slams. Serena is not afraid to say that.

But she must be looking at the new Grand Slam winners that seem to be coming all the time and thinking that on this surface, she can do it.

The trouble is you’ve got to put another 29 players in the mix to win it as well — Barbora Krejcikova who won the French Open was 33rd in the world!

How do you predict it? If Ash Barty plays well she will be tough to beat, but I have no idea in the women’s to tell you the truth. I’m not allowed to bet because I’m a commentator — but even if I could, there’s no way I’d bet on the women’s draw this year! 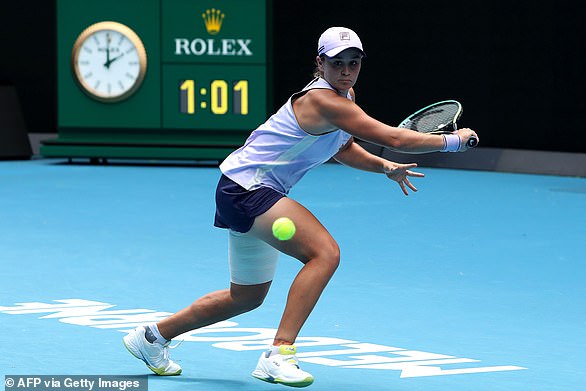 I was desperate for the money so I cut my tennis shoes so they were wider and managed to tape up my foot and I said to Rod, ‘I need the money but I can’t really walk and if I default I can’t get the money.’ He said, ‘Leave it to me.’

There were 3,000 spectators and he hit every ball to where I could get it and he was so good if you weren’t a trained observer you would never have known. He let me have a few games, he beat me 6-4, 6-3 or something and I got my cash!

l We need to enjoy Andy while he’s still playing. It’s great Murray is going to be at Wimbledon. He’s a fighter but he just hasn’t had enough matches and I can’t see him getting through the first week.

On the British men’s side, I think Dan Evans has the chance to go furthest in the draw.

Jo Konta, meanwhile, is a smart player and you can put her name in the mix to win the title — why not?