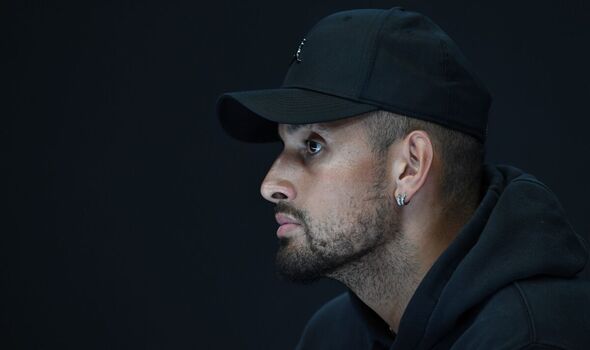 Members of Nick Kyrgios’ team have revealed that he could have taken to the court for his opening match at the Australian Open but chose to pull out because he wouldn’t have been able to win the tournament. The world No 21 announced his shock withdrawal from the tournament on Monday after a scan revealed that he had a cyst growing in his knee, and his physio has now shared the conversation they had that prompted him to pull out.

The Australian Open suffered a blow on Monday when top-ranked Aussie Kyrgios pulled out of the tournament in an emotional press conference. “I’m devastated, obviously, it’s my home Slam and going into this event as one of the favourites, it’s brutal. Bad timing. Injuries are part of the sport,” he told reporters as he announced his withdrawal.

The 27-year-old had been set to play Roman Safiullin in the first round on Tuesday but his physio has now shared the conversation he had with the Wimbledon finalist that led to his withdrawal, admitting that Kyrgios pulled out because he knew he couldn’t win the tournament even if he would have been able to manage a few matches. “Can you get through seven matches against these guys?” Kyrgios’ physiotherapist Will Maher asked him following a practice session with Thanasi Kokkinakis on Monday, per The Age.

Kyrgios’ response was simple. “No. I can’t do it,” he said, before Maher gave him clear instruction. “Then you’re out.” While there was a chance that the seven-time title winner could have played, Maher admitted that a decision was made for Kyrgios not to play unless he was capable of winning the tournament. “Getting on the court simply wasn’t enough for him,” he told reporters.

Kyrgios had been struggling with an ankle injury that saw him pull out of the United Cup and the Adelaide International 2 but it wasn’t the ankle that forced him out of his home Slam. After recovering from his first injury, the 27-year-old found himself struggling with his knee and his physio revealed that a scan showed he had a cyst growing in the meniscus after initial fears that it could have been torn.

“Unfortunately, during the last week or so Nick has experienced some discomfort in his knee, routine MRI just to make sure everything was OK,” he explained. “There’s a parameniscal cyst growing in his left meniscus, which is the result of a small tear in his lateral meniscus.” He also said Kyrgios did try to play through it before ultimately feeling that he was unable to last seven matches following Monday’s practice session.

Maher continued: “Even at that stage it was still worth persevering to see if we could do anything to get him back on court. To Nick’s credit, he did try everything, to the point even last week he was having a procedure called a fenestration and drainage where they use a syringe to try and drain the cyst, which Nick has some pretty gruesome photos of. Any amount of injections that he could try to get into his knee without causing long-term damage. We came to Melbourne with the hope there might be some pressure relieved from that procedure and he’d have some relief and be able to get up to a level he was comfortable to compete.”

Kyrgios had faced Novak Djokovic in a charity practice match on Friday which Maher said the team used to see how his body would react. “We used the match, the charity event against Novak, as a gauge to see if he could compete at that highest level. He didn’t pull up great, and he still tried to give himself every chance in the following days to have subsequent training. But it was clear that with each passing session that he was getting sorer and sorer,” he added.

Meanwhile, the top-ranked Aussie shared his own devastation to pull out of his home tournament after spending months eyeing the title after losing in the last eight of the US Open back in September. “There’s obviously a mixture of emotions. I guess after the US Open… I was extremely hard on myself after that loss in the quarter-finals,” Kyrgios said.

“Obviously thinking that I could win it from there on, and obviously just had Oz Open on the back of my mind from that day forth as soon as I got off the court against [Karen] Khachanov. I always wanted to just do everything right and train right and tick every box, and just be ready for the Oz Open. Obviously this coming around is just bad timing. But that’s life. Injury is a part of the sport. I guess I can draw some inspiration from someone like Thanasi who has had a bunch of injuries and has bounced back.”