Andy Murray will renew acquaintance with Rafael Nadal on court on Friday, five and a half years after they last faced each other.

It will be in the unofficial Mubadala World Tennis Championships in Abu Dhabi, where the 34-year-old Scot defeated British No 2 Dan Evans 6-3, 6-2 on Thursday.

‘It’s not official but these are the sort of matches I want to play, against these guys,’ said Murray, who joked that he and Nadal are both ‘old men’ now.

‘It has been a long time, five or six years. It shows the kind of struggles I have been through and him, more recently.’ 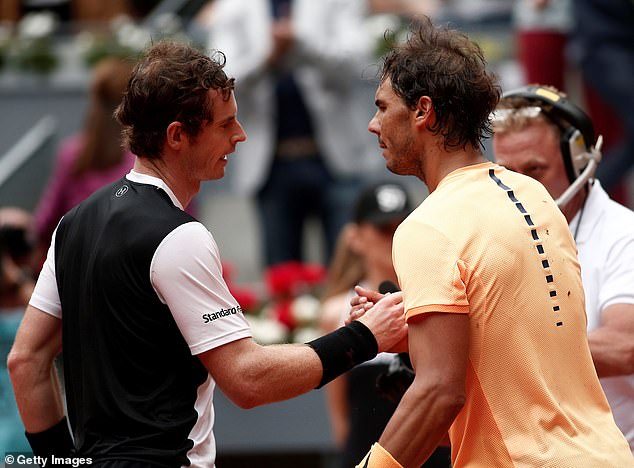 The last time they played was on the clay at the Madrid Open in 2016.

Perhaps surprisingly, Murray has beaten him twice in the Spanish capital on the brown dirt. For Nadal, 35, it will be the first public outing since early August in Washington DC.

Since then he has undergone minor surgery on his left foot, but he is now looking towards the Australian Open.

Murray is working in Abu Dhabi with his new coach Jan de Witt, with the annual merry-go-round having seen Jamie Delgado depart to the employment of Canadian Denis Shapovalov.

Like Emma Raducanu, Murray abandoned a trial with Spaniard Esteban Carril in favour of a German coach. 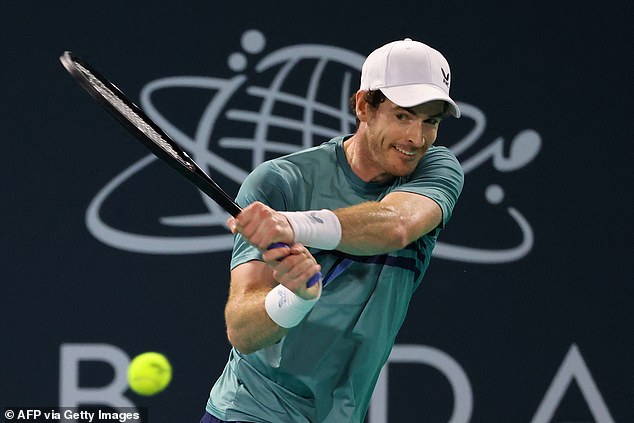