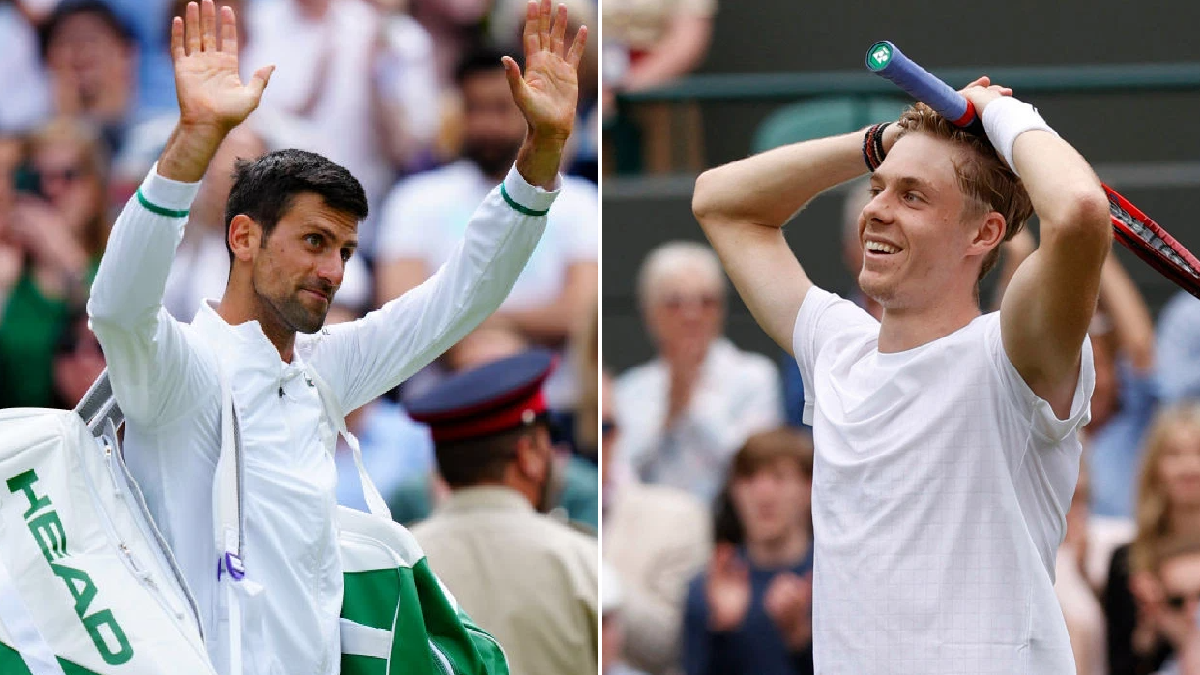 Defending champion Djokovic booked his place in the semi-finals of SW19 after beating Hungary’s Marton Fucsovics 6-3 6-4 6-4 in another dominant display.

Victory at the All England Club would also put Djokovic one step closer to a stunning calendar Grand Slam, with the 34-year-old winning the Australian Open and French Open earlier in the year.

Asked about the threat of his semi-final opponent, Wimbledon favourite Djokovic said: ‘Denis has been consistent with success on the tour in the last couple of years.

‘Maybe the big matches, he was not winning those in the last couple of years. But it seems like he’s maturing, which is also something that is normal, it’s logical.

‘You would expect that from a player like him who has an all-around game. Huge serve, lefty, which is always tricky to play someone who is left-handed on the quick surfaces.

‘He’s comfortable coming in to net. I think his movement has improved. Due to better movement, he’s probably making less errors, which was probably the part of his game that was always troubling him.’

Shapovalov, who was Wimbledon Juniors champion in 2016, beat Great Britain’s Andy Murray on his route to the semi-finals and Djokovic says he will need to be ‘at his best’ to reach another final at the All England Club.

He added: ‘You don’t get too many opportunities on his service game, especially here on grass. I’ve seen him play against Andy Murray. He’s really feeling great.

‘I’m looking forward to it. It’s going to be a battle and I need to be at my best.’