Tim Henman has overlooked Novak Djokovic in naming Roger Federer and Rafael Nadal as the “two best ambassadors in all of sport”. The former British No 1 was just coming to the end of his career when Federer began to dominate on the ATP Tour.

The Swiss tennis icon beat Henman on his way to his fourth consecutive Wimbledon title back in 2006.

That same year saw Henman take on Nadal twice in Dubai and Rome, losing on both occasions.

And Henman also faced off Djokovic just the once in 2006 with the Serbian coming out on top in Rotterdam.

Federer’s dominance on the Tour was already clear to see while Nadal was quickly establishing himself as the ‘King of clay’. 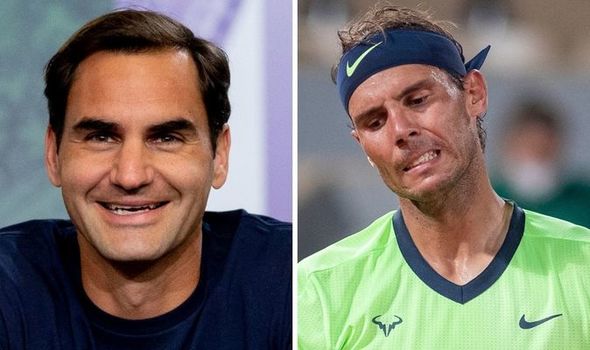 The pair had already shown signs of a budding rivalry with Djokovic bursting onto the scene a few years later as a regular threat.

But while both Federer and Nadal have enjoyed huge success over the past two decades, Henman pinpoints their “humble” attitude as something that stands out the most.

“When you look at Federer and Nadal, I would say they are the two best ambassadors in all of sport, and you won’t meet two more humble, grounded, decent human beings,” Henman said on the Don’t Tell Me The Score podcast.

“They can teach a lot of people a lot of different things around values.”

Djokovic may have come onto the scene later than Federer and Nadal, but he’s been the dominant player on the ATP Tour in the past 10 years.

18 of his 19 Grand Slam titles have come in the past decade and he is on course to equal the record set by both Federer and Nadal.

He comes into Wimbledon this year having not lost a match since 2016 – although he did withdraw in the quarter-finals in 2016.

Nadal opted to skip this year’s Wimbledon – and Olympics – as he felt the need to rest after a demanding clay-court season. 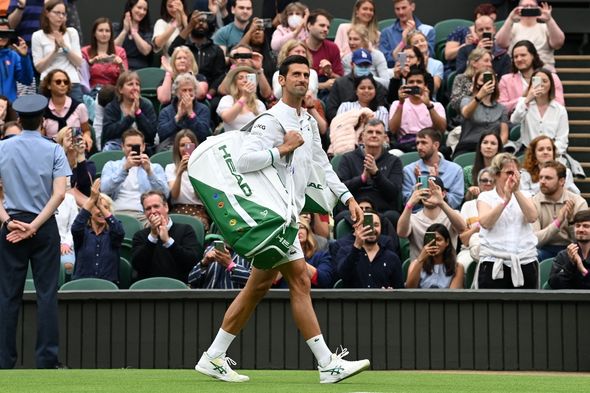 Federer could well challenge Djokovic at Wimbledon this year and there could well be a repat of the 2019 final.

With Dominic Thiem dropping out of the draw due to injury, Federer was bumped up to the No 6 seed.

But Federer will still likely need to get past Daniil Medvedev and Alexander Zverev to reach his 13th Wimbledon final.

*Listen to the Tim Henman conversation, and other episodes of Don’t Tell Me the Score, here. To find out more about host Simon Mundie, visit his website.