‘Rafa could not have put it any better’: On Djokovic, Victorian Premier urges ‘just get vaccinated’

However, he said Rafael Nadal “could not have put it any better”. 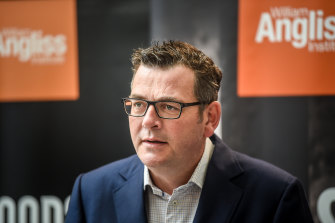 “That’s what I’ve done, that’s what my kids have done. That’s what…93 per cent of our community has done.

“We’ve had to make some difficult decisions along the way to get to those numbers.”

“It’s called a Grand Slam for a reason,” he said.

The Premier said Immigration Minister Alex Hawke still has options when it comes to what to do with Djokovic, “and I would leave it to him to explain what he is or isn’t going to do, and then we deal with that depending on what choice they make”.

“Our view has been very clear – our support has been sought for this visa, and we have refused to offer it because that’s what I said we would do last year,” Mr Andrews said.

Visa decision expected to be made today

Immigration Minister Alex Hawke is likely to make a decision today on whether to cancel Novak Djokovic’s visa, which would seriously threaten the tennis champion’s chances of competing for his 10th Australian Open title.

Hawke and his office have been shutting themselves off from the wider government, wanting to be seen to be going through the process independently. 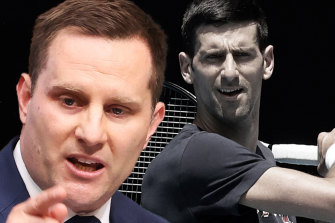 If Hawke does make a decision to deport the Serbian tennis star, his lawyers will probably file an injunction against the decision.

If the Federal Circuit Court can’t sit on Friday, this would mean the court process could drag on until next week when the Australian Open is due to begin.

It is unclear whether Djokovic would be forced back into immigration detention immediately, but considering he wouldn’t have a visa this would likely be the case unless he promises to get on the next flight home.

Either way, the story is far from over.

Hi and welcome to The Age and The Sydney Morning Herald’s live coverage of all things Novak Djokovic today, where we await a decision from federal Immigration Minister Alex Hawke on whether to cancel, once again, the reigning Australian Open champion’s visa.