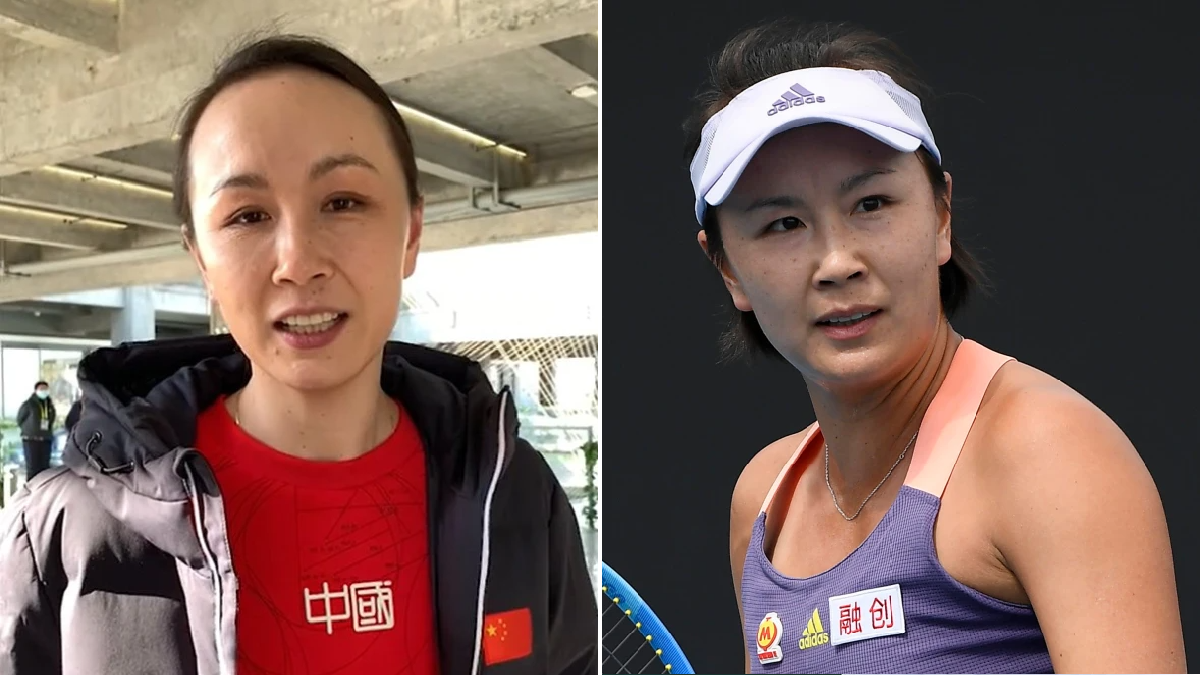 Chinese tennis star Peng Shuai has denied making an accusation of sexual assault in her first media interview and insists she is not under surveillance – though concerns persist over her well-being.

The 35-year-old disappeared from public view after accusing former Vice-Premier Zhang Gaoli of coercing her to have sex, prompting fears over her safety which have not been adequately allayed by the Chinese government with the WTA suspending tournaments in the country.

Peng was in Shanghai over the weekend to watch a cross-country skiing event when Lianhe Zaobao, a Singaporean Chinese-language newspaper, managed to get an interview with her.

The former Wimbledon doubles champion was flanked by a number of officials and looked somewhat agitated by the line of questioning as she denied the claim of sexual assault and rubbished suggestions she was effectively under house arrest.

Asked if she is free to go wherever she wants, Peng initially seemed confused by the question, asking for it to be repeated, and then replied: ‘Why would there be someone keeping watch on me? I’ve always been very free.’

Probed on whether the correspondence the WTA and other organisations have received had been written by her, Peng was evasive once again, saying: ‘How many questions are you asking me? So sorry I can’t hear you that well.’

Turning to the sexual assault allegations, she replied: ‘I think you’re asking me several questions. Firstly I want to emphasise one point that is really important, I never said or wrote that I was sexually assaulted. That is something I want to make absolutely clear.

The Women’s Tennis Association remain troubled by Peng’s situation, however, and do not believe her first media appearance allayed any of their fears that she is being censored.

A statement read: ‘It was again good to see Peng Shuai in a public setting and we certainly hope she is doing well. As we have consistently stated, these appearances do not alleviate or address the WTA’s significant concerns about her well-being and ability to communicate without censorship or coercion.

‘We remain steadfast in our call for a full, fair and transparent investigation, without censorship, into her allegation of sexual assault, which is the issue that gave rise to our initial concern.’