Highlights from day nine of Wimbledon

It was pure unscripted drama, although by the end it was beginning to get more and more like something out of Terminator. Every time it looked like Nadal was down and out, there would be a little twitch and somehow he would drag himself up again.

When he went off for a medical timeout midway through the second set, even his father Sebastian pointed to his watch, appearing to indicate that it was time. Yet over three hours later, bodywork clearly falling apart around him, this amazing tennis machine was still going.

And still capable of being devastatingly dangerous.

Nadal broke after an epic battle in the seventh game of the final set, only to be broken back. This was clearly going all the way. A swashbuckling tie-break from the Spaniard’s racket, ending in a vicious swipe of a the forehand into the corner and the ordeal was finally over. 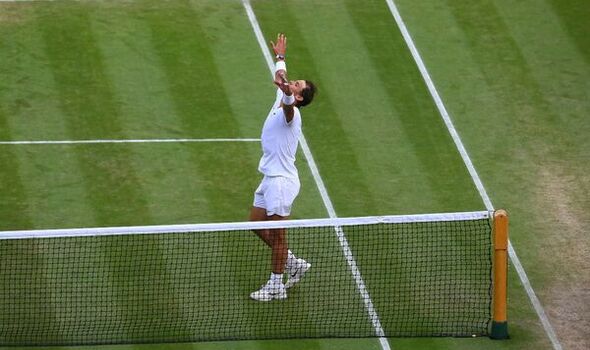 A strained abdomen clearly affected his serve more and more as the match wore on and at times seemed to restrict him to a one-handed backhand. Yet there had been  no indication of pain ahead when he stepped out into the sunshine and promptly broke in the very first game.

Indeed, he still seemed to be sitting pretty on a 3-1 lead when the first signs of trouble began to emerge. Fritz rattled off the next five games in a row with some enterprising forehands to take the first set.

The second set then seemed to be heading for a repeat as Nadal won an early break, only to throw it away. His ace in the fifth game, with a 3-1 lead, was his 500th ever at Wimbledon but counted for little else as two double faults in the next three points saw Nadal hand back his advantage. 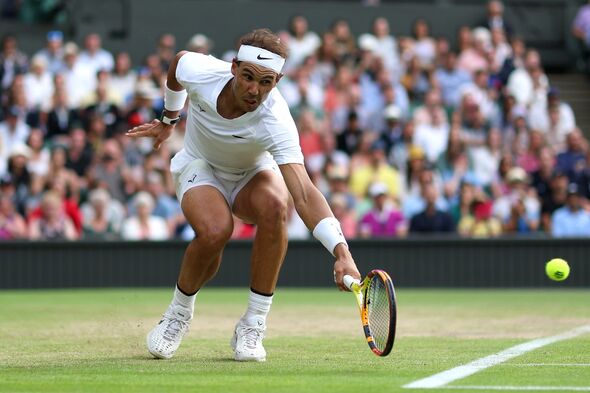 Bravely deciding that, if he couldn’t move, he would just have to hit the ball harder from where he was, Nadal held for 4-3 before heading behind the scenes for treatment. There was that concern when he returned he would be holding his hand out to shake Fritz’s, but instead he grabbed his racket to battle on.

Manfully, he stood up to the 24-year-old and still found those angles to carve out and win a set point to level the match. Third set went to Fritz and the fourth to Nadal – there was to be no reprieve and ultimately there may be no winners.